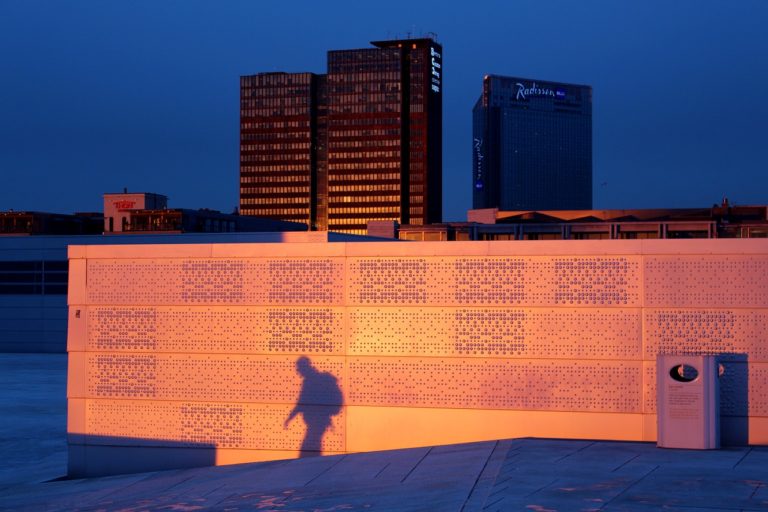 The Writing On The Wall By Gunnar Staalesen

Gunnar Staalesen is a Norwegian writer of crime fiction. Staalesen is best known for his crime novels involving private detective Varg Veum. He has written over twenty crime novels and his books have been translated into 12 languages. The Writing on the Wall

is one of his Varg Veum novels.

The story starts with the body of a seventy-year-old judge is found dead of a heart attack in a hotel room, wearing women’s underwear. After this initial bang, there is a change of scene: Private investigator Varg Veum has been hired to look for a sixteen-year-old girl Torild Skagestøl who has gone missing. Gradually he finds out that there is a connection between the girl and an escort service for clients who desire young teenage girls. Veum’s adventures lead him into a dark world of privileged teenage girls who have been drawn into drugs and prostitution.

Originally published in Norway in 1995, Gunnar Staalesen’s novel happens in the city of Bergen, Norway in the early 1990s. Bergen is buzzing with rumors about the death of Judge Brandt after he is found dead in a hotel room wearing flimsy female underwear. The book, in a nutshell, is about the unpleasant underbelly of a modern society which has been disguised by a thin layer of normality.

The book has been written by the first person point of view and the reader gets all the information that is presented to Veum. The relationship between the death of the judge and the Veum’s case is not very clear in the beginning but as the story progresses, the plot picks up more momentum.

The author delivers a strong ending. Most of the crime fictions written by popular authors in Scandinavia are police procedural, and we believe Veum series is a different and nice addition to the bookshelf of those readers who are looking for different lead characters not bound by the limitations of law enforcement organizations.

Like Books By Gunnar Staalesen? Here are some exciting titles.