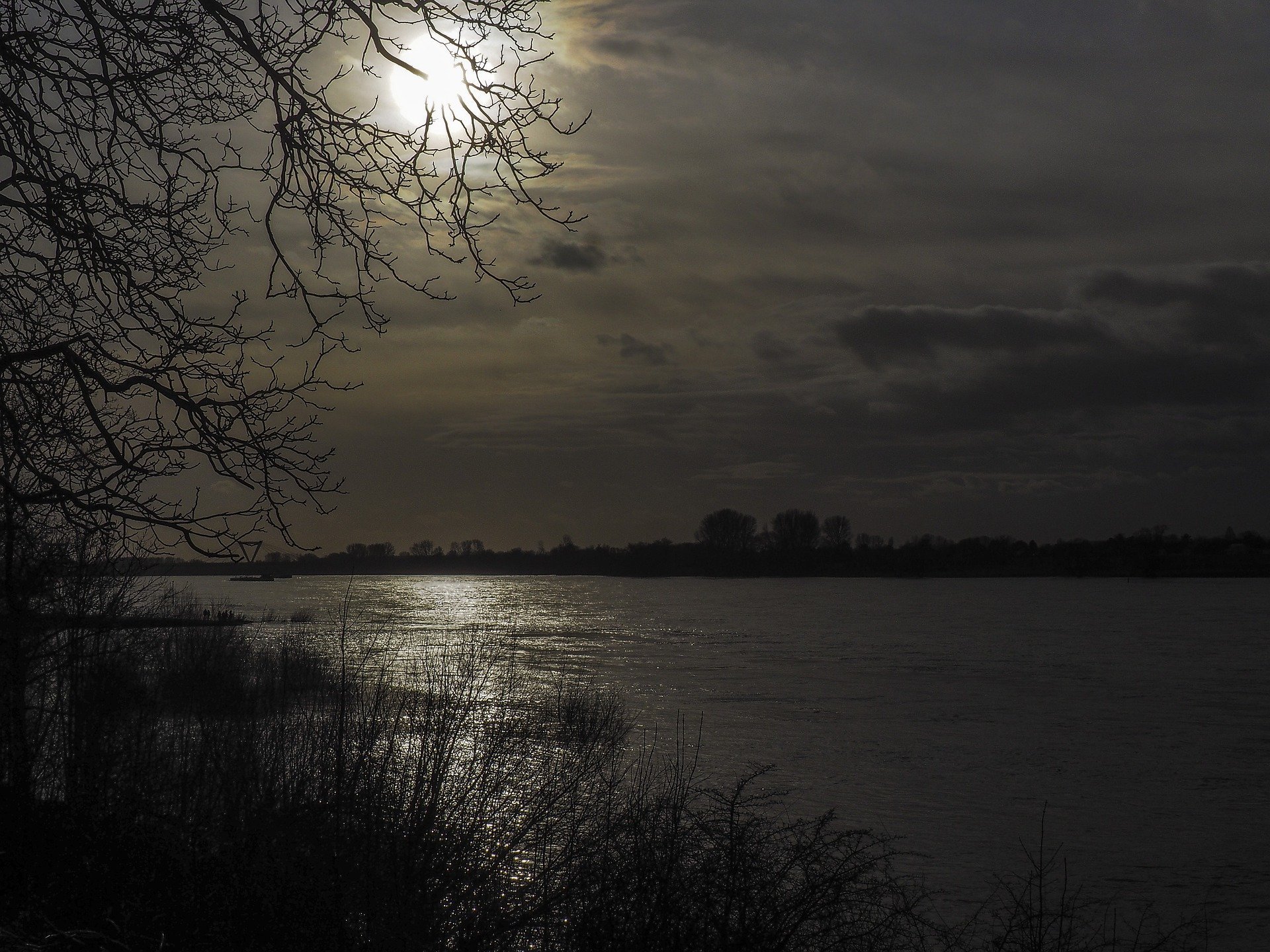 Why The River?: Neo-Noir Flash Fiction By Zach Murphy

Zach Murphy, author of Why The River?, is a Hawaii-born writer with a background in cinema. His stories have appeared in Peculiars Magazine, Ellipsis Zine, Emerge Literary Journal, The Bitchin’ Kitsch, Ghost City Review, Lotus-eater, WINK, Drunk Monkeys, and Fat Cat Magazine. He lives with his wonderful wife Kelly in St. Paul, Minnesota.

Shannon sat in her tattered recliner chair and scowled at the cheesy infomercials on the television. It’d been exactly four years since the Mississippi River took her son Gus away.

Gus was a freshman at the state university where he became a victim of toxic substances, barbaric rituals, and a desperate will to fit In.

Shannon’s fight for justice fell into the cracks of despair until her cries went completely unheard. She cursed the Kappa Sigma fraternity for continuing to exist. She cursed the university for its disgusting negligence and its audacity to ask people for money. And she cursed the river for carrying on as if nothing had happened.

When the clock hit 2:00 AM, Shannon decided to take her pickup truck for a drive to the university campus. Her passengers were a bucket of black paint, a dirt-covered brick, and a ladder.

As Shannon slowly pulled up to the fraternity house where Gus began his final night on earth, her heart sank and her blood boiled simultaneously. But she wasn’t going to turn back.

She grabbed the bucket of paint, quietly closed the truck door, and fetched the ladder from the back. She ran toward the house and hoisted the ladder against the front of the balcony. She took the paint and drenched the Kappa Sigma symbol in black. Then she wrote “Leave before it’s too late” boldly across the house’s siding.

As Shannon slowly pulled up to the fraternity house where Gus began his final night on earth, her heart sank…

Her next visit was to the Dean’s office. She pulled up outside, attached a note to the brick that said “I’m gonna haunt you until your world knows no happiness” and tossed it into the office window. The glass shattered like Shannon’s life when she first heard the news about her son, and she sped off with an ear-piercing screech.

After picking a shard of glass out of her boot, Shannon parked the truck under a shadow and walked across the road toward the river’s edge. The street lights flickered as if they had a secret to tell. She always wondered if Gus was alone when he wandered off. She wondered why he decided to walk toward the river, or if he even decided at all. She wondered if he slipped and stumbled into the river, or if he was just trying to soak his pain into oblivion.

Shannon looked out at the river. The moon reflected upon its rolling ripples. She tossed the paint bucket into the water, along with any notion of a shred of remorse for what she’d just done. She closed her eyes as the early morning breeze whipped around and the cold water splashed onto her weathered face. And for the first time since Gus’ death, a tiny sliver of her soul felt alive.

If you’ve enjoyed Why The River? by Zach Murphy, you can check out our free digital archive of crime, thriller, and horror flash fiction here. Additionally, premium short fiction published by Mystery Tribune on a quarterly basis is available digitally here.