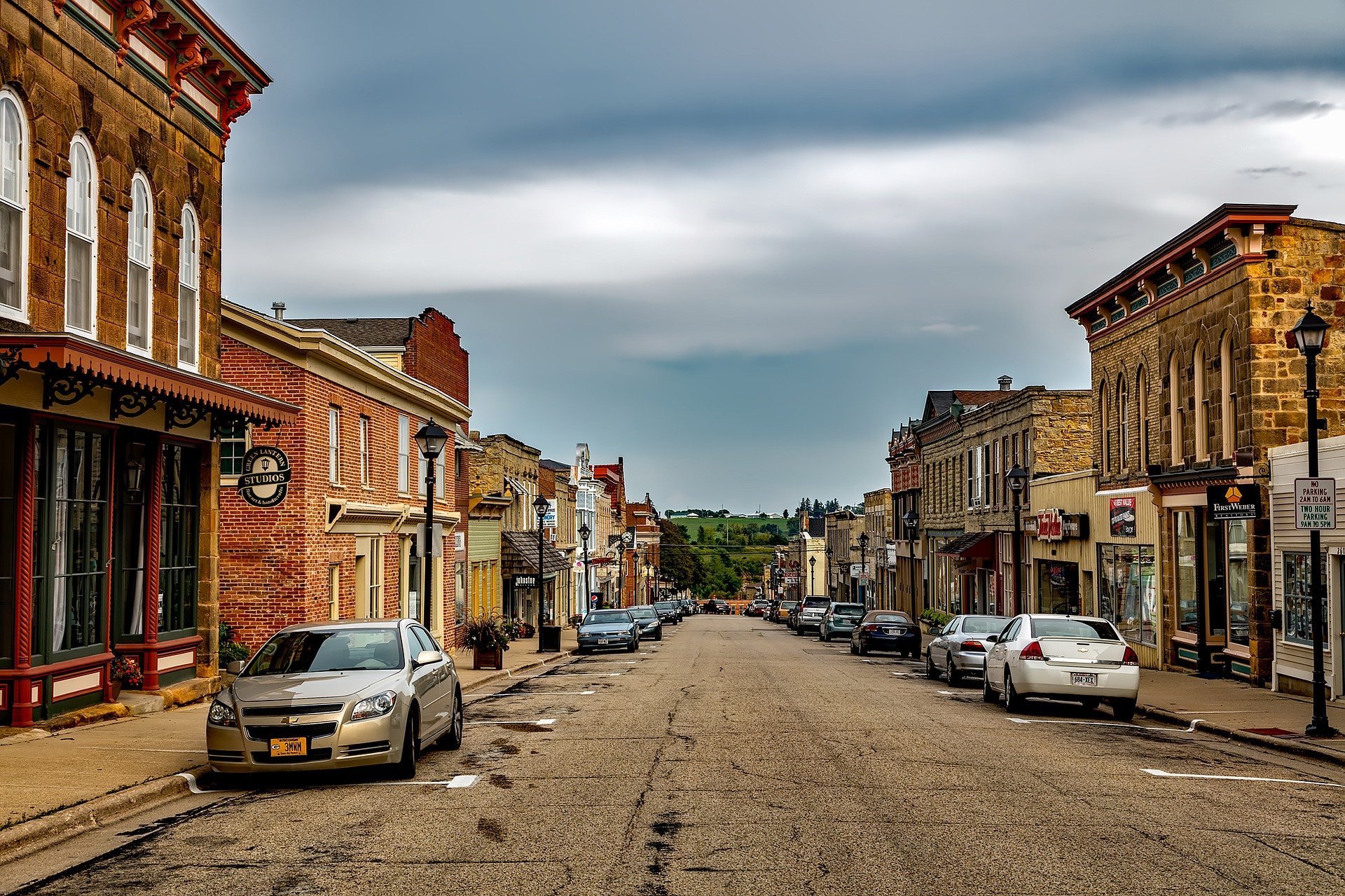 Who Do You Belong To: Bright Lights, Small Towns

Erica Wright talks about growing up in Tennessee, her love of movies including films by Katharine Hepburn, and how they influenced her career as a novelist.

My hometown in Tennessee has a cafe, a gas station, a kudzu-covered former train depot, and rolling hills as far as the eye can see. The cafe’s new. It sprung up years after I left, although to be fair, there used to be a fine meat-and-three where as a teenager I occasionally got lunch on my parents’ tab.

Other businesses would come and go—it’s hard to keep the lights on in a place with more cows than humans. Perhaps the most unlikely of these flash-in-the-pan establishments was a video rental on the downtown square that lasted for about a year. That time corresponded with me getting my driver’s license and I’d stop by most summer weekends to stock up.

This was no Blockbuster. If it had a name or even a sign, I don’t remember. I never saw any other customers inside. It consisted of two small rooms (maybe three hundred square feet) and was operated by a former prison guard. I know this because when I tried to check out Trainspotting, she told me that it might be too intense for me because she’d “seen some shit” as a former prison guard and it was too intense for her. I took her advice and put the box back on the shelf. I imagine the movies must have been her own personal collection, a hobby turned into a business, and I’m sad that it closed.

Perhaps the most unlikely of these flash-in-the-pan establishments [in my hometown] was a video rental on the downtown square that lasted for about a year.

While I didn’t check out Trainspotting, I took home nearly everything else. Primal Fear, Chasing Amy, Gattaca, The Breakfast Club. Often more than once. Many I’ve forgotten. You couldn’t be too particular with the limited inventory. I genre-hopped and reveled in the shop’s novelty. I was Belle in her French village bookshop if the bookshop had cracked linoleum floors, fluorescent lights, and the lingering smell of cigarettes.

My VHS habit was interrupted by what I could find on AMC when AMC still played the classics, the more glamorous the better. To Catch a Thief, Roman Holiday, Some Like It Hot. Musicals like My Fair Lady and Guys & Dolls. I’m a sucker for a good friendship pic, and for years, my favorite was Butch Cassidy and the Sundance Kid.

Katharine Hepburn, though, she could make mediocre dialogue sound like postcard-worthy quips, and I’d watch anything with her name in the credits. No matter the role, she was unapologetically confident. I didn’t know that I wanted to write books when I grew up, but I knew the best characters were the unflappable women.

I didn’t realize it at the time, but the two leads were in their fifties when Desk Set was released in 1957. It seemed like any other romantic comedy to me. Perhaps Hepburn is supposed to be pitied a little for being unmarried. I believe this is in the so-called “spinster” phase of her career. But who could possibly pity Katharine Hepburn?

To be honest, I’d say Desk Set alongside On the Town, Breakfast at Tiffany’s, and Barefoot in the Park are at least partly to blame for why I moved to New York City at eighteen. If my parents wanted to keep me in the country, they should have cut their cable.

I can’t pinpoint the moment when I decided to write a mystery novel about Old Hollywood, but cinema was jumbled up with small-town life in my head. I couldn’t seem to separate them, so I plunked my retired silver screen actress down in a fictional place called Cedarville, Tennessee and considered how my former neighbors might react to her. Gossip is currency in small towns, but residents can also close ranks. It wouldn’t be easy for an outsider to investigate a murder.

Hepburn’s career spanned six decades, beginning in theater and ending with television movies. Along the way, she won four Oscars among other accolades, and she also made a couple of noir films that don’t normally get mentioned in her impressive bio. Undercurrent was advertised as “The Year’s Top Thrill-Drama” and received some positive reviews (mostly for Hepburn’s understated performance) and marked the return of actor Robert Taylor after spending three years in the navy.

Hepburn’s career spanned six decades, beginning in theater and ending with television movies. Along the way, she won four Oscars among other accolades, and she also made a couple of noir films…

Undercurrent features darkly lit scenes, a sinister husband, and its fair share of gaslighting. But it begins with the charm of a traditional romantic comedy, and the foreshadowing is easy to miss in the opening scenes. The normally tomboyish Ann Hamilton (played by Hepburn) agrees to change for dinner after meeting Alan Garroway (played by Taylor). Later their family dog doesn’t much care for him, but Ann and Alan banter about it.

Perhaps most significantly, when Alan sees a photo of Ann’s deceased mother he says, “What a sweet-looking face” to which Ann replies after a pause that “[s]he was a scientist, too, as good a one as Dad.” It’s the kind of dialogue that’s easy to dismiss as a sign of the times, the love interest focused on a woman’s looks while she’s more than a pretty face. By the end of the movie, though, it’s clear that this dialogue is setting us up for a dangerous clash.

Perhaps that’s what I miss about the video store as well as the AMC movies: the potential to be surprised. While I would read the back of a box before renting a VHS, there were no online reviews, no Twitter conversations, no input really at all (except for the occasional warning from the store owner).

And on AMC, I would be wholly in the dark. Musicals and westerns were easy to spot, but otherwise, a new movie could be a comedy or a drama, a romance or a mystery. I formed my own opinions on whether they were any good or not, no noise in the background pushing me one way or the other. No hype at all.

There’s a fish out of water scene in Undercurrent when Hepburn’s character moves to DC that particularly appeals to me, someone who left a one-gas-station-town for New York City (and now lives in DC). At a cocktail party, Ann wears a dowdy dress and stumbles over her words while the other women joke about embassies and fan about in silk and diamonds. Afterwards, a crying Ann is comforted by her new husband. Her tears quickly turn to resolve.

Alan: That’s all that matters to me.

Alan: Mmmhmm. If you ever forget that, you’ll be very, very sorry.

The light background music makes it seem as if these are normal things to say to one’s wife, but even as a sixteen-year-old, my antenna finally caught a signal—this was not to be the romance I’d expected. But by then, of course, it was too late. And noir suited me just fine anyway.

To read more from collection of essays by Erica Wright, please go here.