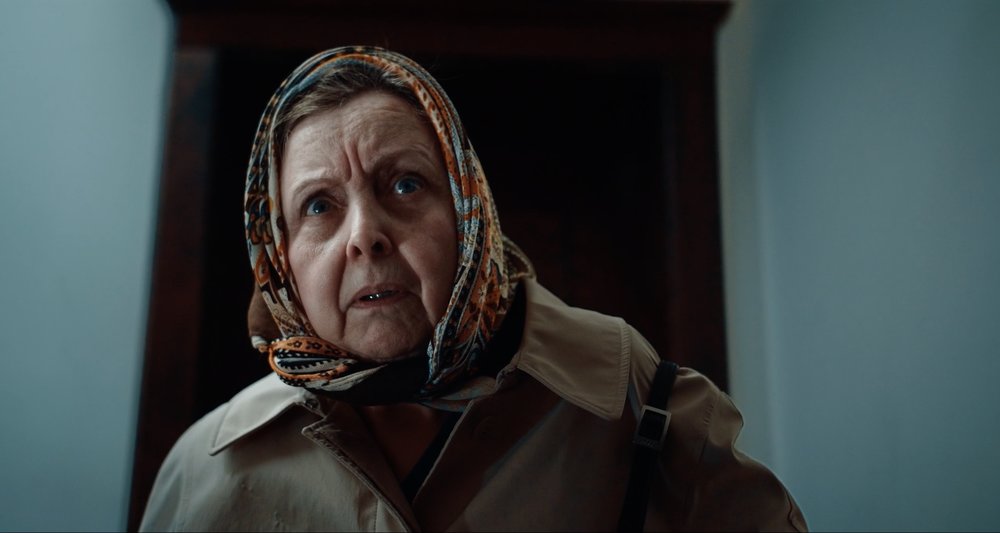 We really loved Stairs, a suspenseful short film by Jeph Porter, because the director has done a great job of building up intrigue in a very simple setting.

In Stairs, an elderly woman attempts to get into her third floor apartment. What happens next is the essence of this clever short film.

Jeph Porter, the director of Stairs, is a prolific filmmaker, producer and editor. He is the co-founder and Producer with Rabbit Grin Productions, a podcast production studio that produces Anna Faris is Unqualified, A Bit of Optimism with Simon Sinek, and My Caffeine Withdrawal with Emily Kinney.

Previously he was a founding producer, editor and shooter for WGN Chicago’s Man of the People, Chicago’s first and only late night comedy. In his time there he produced over 300 hundred original pieces that reach over a million viewers.

Jeph served as the Head of Digital Production at The Second City from 2012-2015 where he created over 400 web and tv projects in producing, directing, and writing capacities. The videos created there where seen by millions of viewers across the world.

He has overseen the completion of dozens of film and stage projects including the 2010 award winning sketch comedy show Lady Parts.

If you’ve enjoyed watching Stairs, you can find the complete archive of crime, mystery, horror and thriller short films on Mystery Tribune here.