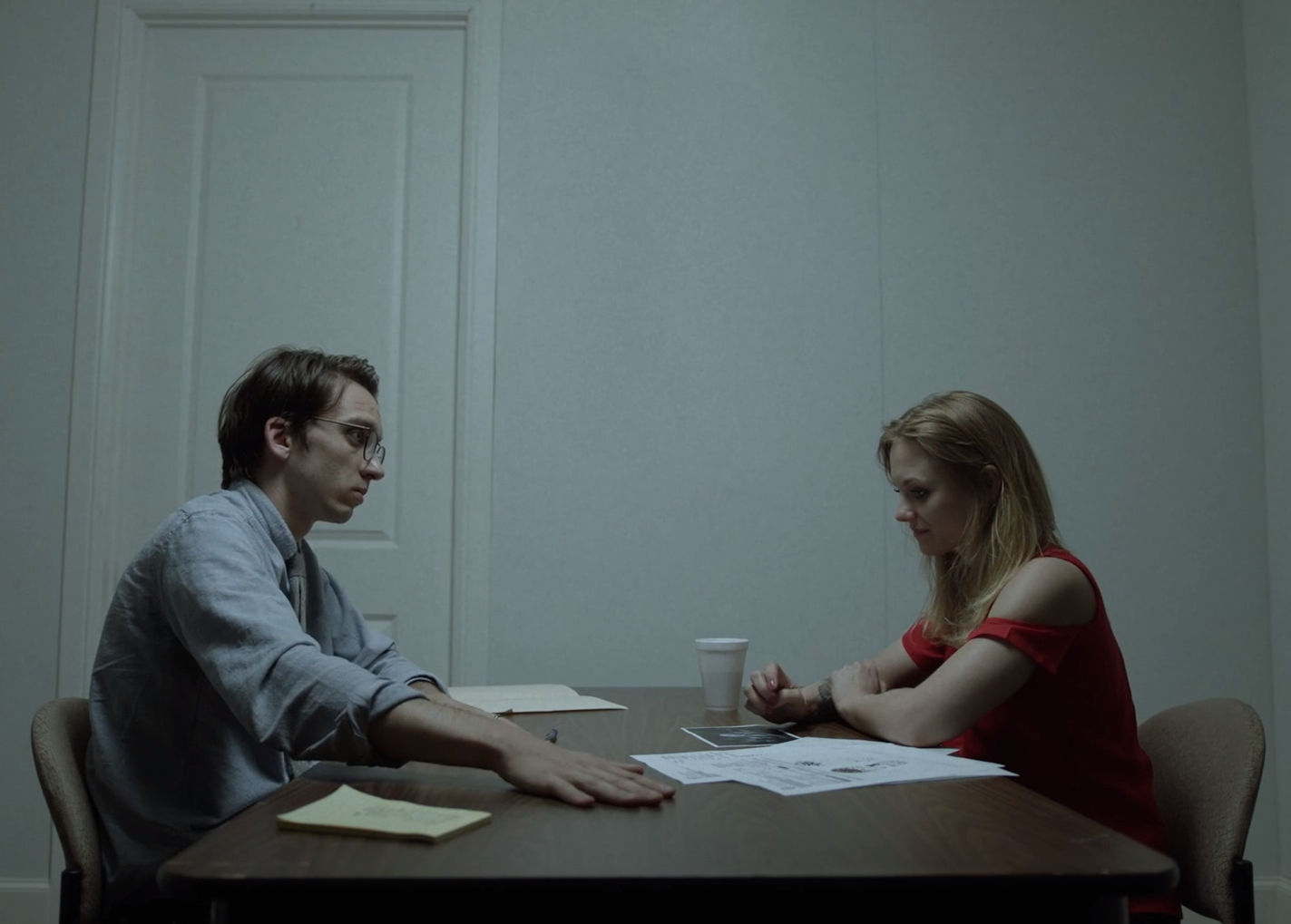 In Psycho Test by Matt Black, a green detective enters an interrogation expecting an easy confession from a suspect. The strategy is simple: Try to intimidate and confuse the suspect by putting on a show and forcefully present the evidence.

At first things seem to work according to the plan: Suspect’s answers to the questions don’t seem consistent and the situation seem to get worse by the minute.

However the detective is surprised to find out he is facing no ordinary suspect: The suspect posits a riddle that reframes the entire investigation.

Currently living in the great city of Denton, TX, Matt is a Videographer, Director and Editor. He is a graduate of the University of North Texas where he obtained a BA in Radio, Television & Film Production.

Since his graduation, Matt Black has been traveling the world as a director, videographer, editor and animator for live stage productions, corporate and commercial video work, and artistic projects.

In 2018 Austin Micro Short Film Festival, Petty by Matt Black won the award for Best Drama Short Film. Also, “Time to Soar”, another project by him, has been Lone Star Emmy Award Winner.