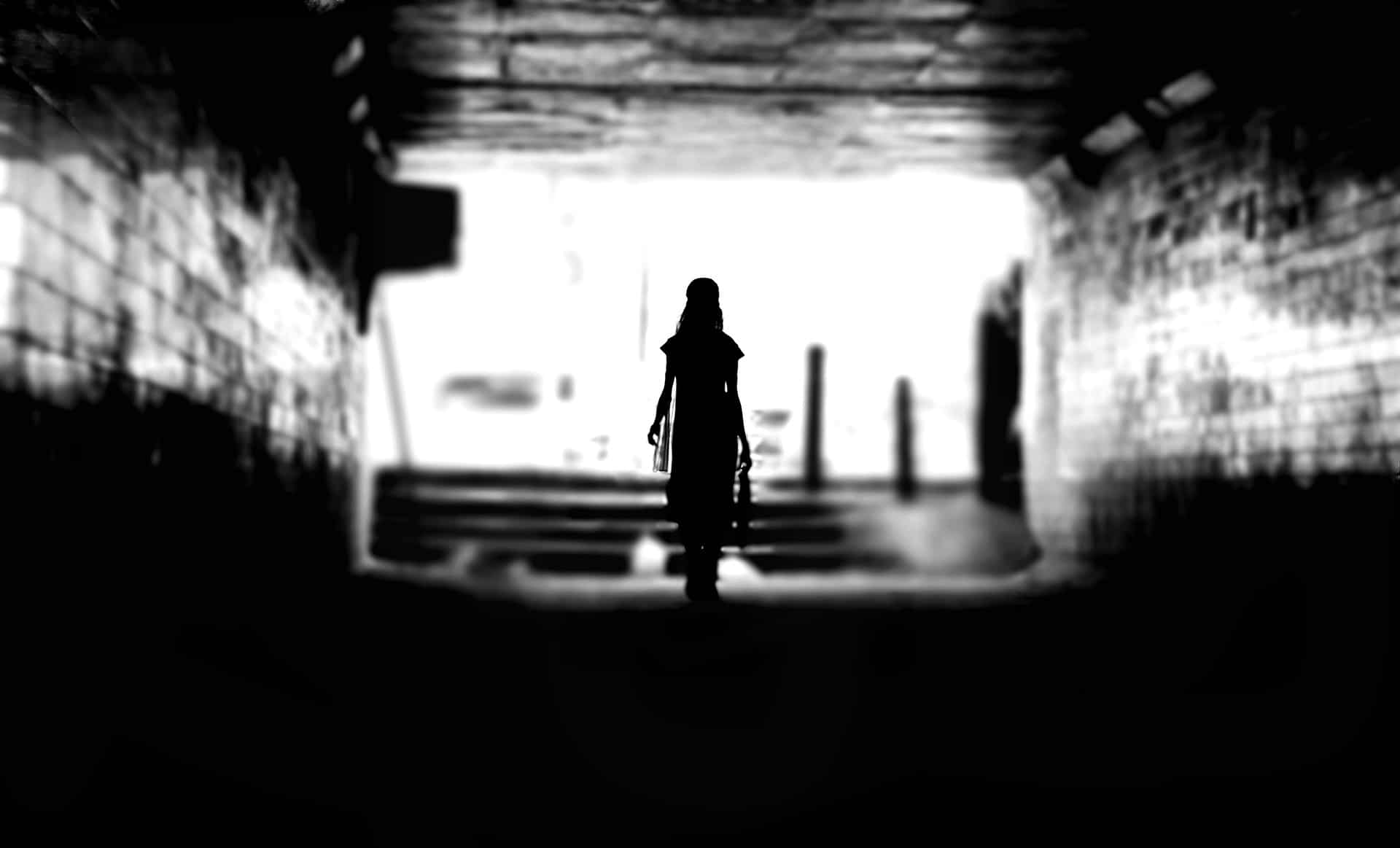 “Waltz Into Darkness” By Cornell Woolrich Is A Deceptive Classic Mystery

Scott Adlerberg shares his thoughts on Waltz Into Darkness, the bestselling classic mystery from “the supreme master of suspense” Cornell Woolrich.

I’m surprised that no one has adapted Cornell Woolrich’s Waltz into Darkness as an opera or a musical.  It’s a novel with that sort of intensity, emotions that heightened and unapologetic.

I came to the book having seen one of the two films adapted from it, Francois Truffaut’s Mississippi Mermaid (1969) with Catherine Deneuve and Jean Paul Belmondo, a superb film –  I haven’t watched the poorly received Original Sin (2001) with Antonio Banderas and Angelina Jolie – but as I read, I couldn’t help but think that Woolrich’s tale would lend itself as well to a lush and dramatic musical interpretation.

Carmen meets American noir, you might envision this musical being, though Woolrich’s femme fatale has more ice in her blood and calculation in her soul than George Bizet’s fiery gypsy. In Woolrich’s tale, doom hovers over love and sexual desire and nearly everything else in life, and he ends his story with a Liebestod for two that could bring a curtain down to rousing applause.

Waltz into Darkness begins on a low-key note. Louis Durand, a successful but lonely businessman in 1880 New Orleans, orders a mail-order bride named Julia Russell from St. Louis. She arrives by Mississippi steamboat, a vision of blonde loveliness. Even the photos she has sent him of herself do not do her justice.

She moves into the house he has had built and furnished for their life as a couple, and for a brief time, Louis is as happy as a human being can be. So smitten is he that he rationalizes and disregards the incongruities in the stories Julia tells him about her past. The reader comes to realize that Julia is not who she says she is, but Louis can’t or won’t see that, and the result is that for the first eighty pages, the tension and suspense mount as the reader waits for Louis to comprehend what is happening.

It’s a slow burn and Woolrich stokes the simmering flame well, emphasizing that Louis isn’t stupid but a man blinded by hope.  He had a fiancé who died of yellow fever many years ago, and the crushing sadness that came with that tragedy is not something he wants to relive.  He still has life in his heart, yearning. But that is where the danger lies. The heart’s resilience can be a dangerous thing.

It wasn’t pleasurable to watch. Rebirth after death. The death of the heart.

Death-throes in reverse. Coming after the terminal blow, not before. When the heart dies, it should stay dead. It should be given the coup de grace, struck still once and for all, not allowed to agonize.

Louis should know about agonizing: he does a lot of it in the book.  He vows that he will kill Julia after she drains their joint bank account and vanishes, he mistakes women he sees in the street for Julia, and when he encounters her again, in Biloxi, he falls under her sway for a second time, though he knows, deep down, that he shouldn’t.

The chain of events that leads to their reuniting stretches credulity, but as crime writer Wallace Stroby says in his introduction to the new American Mystery Classics edition of the novel: “The fact that [Woolrich’s] plots don’t always make much sense, or rely too heavily on coincidence, only makes them more effective.  This is noir so strong it warps reality.  The stories unfold with the logic – and inevitably – of a nightmare.”

Louis may be caught in a bad dream, but to what extent does he help create his condition?  When Julia tells him that her real name is Bonny and explains how she came to be the person she is, nothing forces him to believe a word she said other than his own inclination to accept her story.

“The fact that [Woolrich’s] plots don’t always make much sense, or rely too heavily on coincidence, only makes them more effective…”

When Louis commits an act to help Julia that sets their final fate in motion, nobody has a gun to his head.  Louis is a character utterly in thrall to his emotions, his need for Julia, and finally one starts to think he’s a complete emotional masochist.

You might subtitle the novel as a whole “A Study in Emotional Self-Flagellation”, and how much one feels for Louis, if the reader is supposed to feel for Louis, may depend on how much the reader connects with a person who loses nearly all capacity to temper his passion and think with a calm brain.

It’s odd that Cornell Woolrich, who also published under the name William Irish, is generally lumped into the group of writers considered hardboiled – Hammett, Chandler, McCoy, Cain, etc. – because he doesn’t write with the terseness the others in that category do, nor do his characters exude the streetwise stoicism that predominates in hardboiled fiction.

Woolrich, again to quote Stroby, has “a fondness for comma splices, adverbs, and descriptions that run a sentence too long”, but in Waltz into Darkness at least, the sweep and hysteria in his prose fit the tenor of the story.  Noir Woolrich is to the core, with a character like Louis embracing his doom with a voluptuous eagerness, but a writer of tough guy fiction he is not.

Which brings me to Woolrich’s female protagonist, the ever-duplicitous Julia.  She is the actual tough guy here.  However much truth her story about her past holds, it is clear that she has been acquainted with hardship since her childhood.  She has had to contend with much difficulty, sometimes male-created difficulty, over the course of her life.

In Waltz into Darkness, Woolrich gives us a woman jaundiced and deceptive and complex.

She has rolled with the punches, charted her options, and done what she has had to do to survive.  In a dog eat dog world, she has found that playing by the so-called rules will not get you far, and so she has learned to connive and cheat and steal to better her circumstances.  None of this excuses her actions, but it makes her motivations understandable and explains the worldview she has.  It’s an outlook quite different than the one Louis has, and Julia is forthright in letting him hear it:

Her laughter had stopped; her face was tired and wise, and there was a little flicker of bitterness, as she said the last.

In Waltz into Darkness, Woolrich gives us a woman jaundiced and deceptive and complex.  You may not exactly like Julia, but you can admire her for her guts and temerity.  If in love there always exists a lover and a beloved, as some say, there is no denying what Julia is in her relationship with Louis.  For all her swindling and lying, for all the crimes she commits, she also does a weirdly positive thing.  She lets Louis devote his love to her and allows him to find the joy and the pain and the ultimate peace he craves.

Mystery Tribune’s collection of essays reviewing notable authors and crime and mystery books as well as other non-fiction suspense articles is available here.