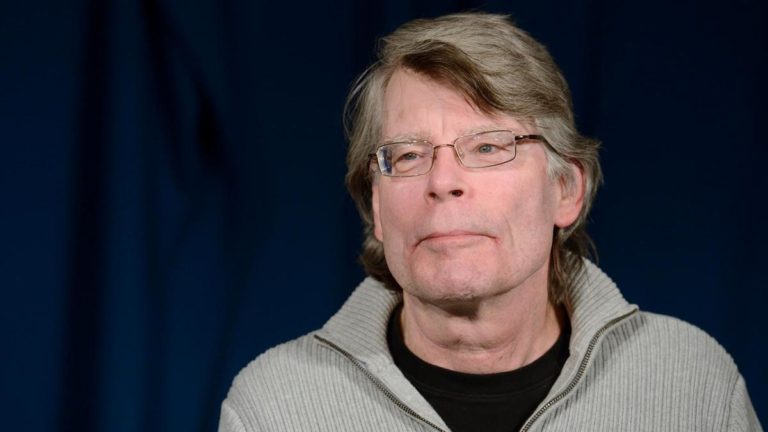 Stephen King is not just a bestselling writer. His imagination and artistic style have created a number of great works in literature, cinema and also comic world. One great example of recent interesting projects by King is “N”.

Scribner, Simon & Schuster Digital, Marvel Entertainment and CBS Mobile collaborated in N. The project is a partnership to bring an episodic graphic adaptation of the previously unpublished short story “N” to the screen. The series is specifically developed to be delivered weekdays in 25 video installments to online and mobile phone users.

In this video, Stephen King talks about his inspiration for “N”, how he came up with the setting in the summer of 2007. The author also elaborates on why he thought the animation video would be the right mode to bring this story to life.

In the outer circle of a nested narrative, a woman named Sheila writes to her childhood friend Charlie about her brother, Johnny, a psychiatrist who recently committed suicide. Sheila suspects it was due to a patient Johnny referred to in his notes anonymously as the eponymous “N.”

In the inner circle of the narrative, N. is diagnosed by Dr. John Bonsaint as suffering from obsessive-compulsive disorder and paranoid delusions related to “keeping balance”. N. has become convinced that a circle of stones in a field on the outskirts of a nearby town, Ackerman’s Field, contains a potential doorway to another reality, where a terrifying monster, repeatedly said to be a “helmet-headed” being named Cthun, is trying to break through.

A warning sign of the monster’s imminent penetration (best described as a place where the walls between realities are thin, or perhaps breaking down) is when a person viewing the field sees seven stones, when there are in fact eight. N’s belief, shared by those who came before him, is that verifying the presence of eight stones when he is in the field, and his obsession with order when he is absent, somehow strengthens the barrier between our world and the one Cthun dwells in. However, the process is a perpetual and exhausting struggle. N.’s obsession eventually leads to his death by suicide, despite Johnny’s best efforts.

Following a mysterious compulsion, John goes out to the field to see the stones for himself. He begins to suspect that N. might not have been delusional after all when he suffers from the same symptoms as his patient. Most notable are his obsession with numbers: odd numbers are bad, especially prime ones, even ones are safe, especially if they have a lot of factors, and if the sum of their digits is also even. The effect recedes as winter sets in, since the level of danger seems to be synchronized with the solstices (winter is safest, summer is most dangerous). However, as June approaches, John is driven to madness, and finally kills himself.

A newspaper clipping reveals Sheila’s fate: after she read her brother’s manuscript, she jumped from a bridge near Ackerman’s Field and killed herself, in a manner identical to her brother. A copy of an e-mail indicates that Charlie intends to visit the field in Maine.