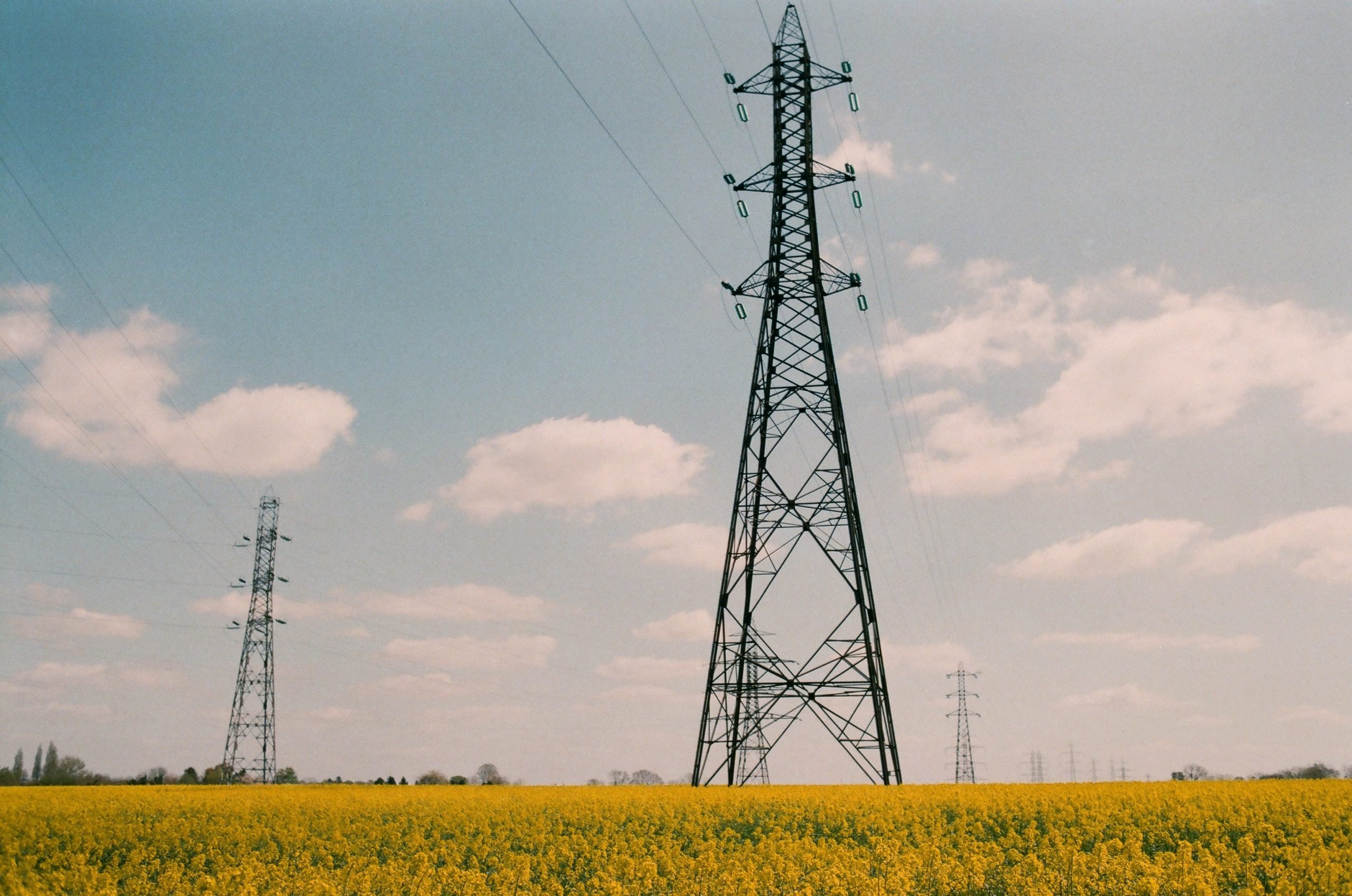 In Uncertain, Texas by Peggy Healy Parker, a bored and unhappy wife sets out to murder her cruel and cheating husband.

East Texas in July is hotter than the hinges of hell. A caul of moisture clings to the skin, the air so sticky it traps secrets. It’s an easy place to get the life sucked out of you.

Of suffocation, Maggie Robideaux Nutbrown was familiar. Seven years of a loveless, childless marriage had left her gasping for air, let alone fresh horizons. Her hard and spiteful husband would not consent to a divorce, yet she was certain his “hunting trips” were about more than feral pigs.

With genius energy, she spent her days brooding over how to get his orneriness out of her life. Tying on an apron, she took a bucket of boiled crawfish and began cleaning each one with the respect and seriousness of a coroner performing an autopsy. She twisted off the tail and peeled it, removed the luscious globs of fat from the thorax, detached the eyes and antennae, and scraped out the prickly shell with a beer opener. All the while, her mind chugged along familiar tracks of bitterness. “He promised me the moon and what did he deliver? This shit of a shack and mon-ot-ton-ee.”

With genius energy, she spent her days brooding over how to get his orneriness out of her life.

He came home, thwacking the screen door shut behind him. The one-room pine cabin he’d built on Caddo Lake wasn’t level and didn’t sit true. “’Bout wraps up that sorry s.o.b., too,” she thought. “You’re early,” she said, not looking up.

He opened the fridge, pulled out a can of beer and popped it open. “Did you pick up the bass?” he demanded.

“Couldn’t, had to wait over to the Laundromat.”

“Dammit. I told you I wanted bass for supper.”

“I’ll get some tomorrow.”

Nothing ever satisfied him. If she’d cooked bass, he’d have demanded crawfish. She sank into a blue funk. At night she lay awake reviewing past fantasies of ways to undo the subject of her pain. One thing she knew, whatever she did, she could not be tentative or uncertain. No slip ups.

Seven days later, she sweetened his bowl of jambalaya with the inky juice of belladonna berries and looked on, her face blank, as he tried to speak but couldn’t, his hands and fingers twitching, his body folding and unfolding from the waist. A dunking mechanical crane.

She rolled his corpse down the steep incline on which the cabin stood. Then she tied rope around his beer-belly waist, weighted the body with concrete blocks, wrapped it with chains, and hitched it to a rowboat outfitted with a ten horsepower motor. She hauled it in the boat about 100 yards offshore and undid the tow line. “Now, largemouth, you can have your largemouth bass, if it don’t have you.” To questioning neighbors, Maggie said her beloved had skedaddled.

She found a part-time job selling tickets for rides aboard the Grateful Ghost, a paddlewheel steamboat plying the alligator-infested sloughs and bayous of Caddo Lake. It meant standing all day in an airless ticket booth. “From one pine box to another,” she lamented.

Come Saturday, as was her wont, she sat beneath a shish-shishing ceiling fan scanning the obituaries, her index finger running up and down the columns of the newspaper. A black-framed announcement caught her eye. She shot bolt upright:

She tore the death notice out of the paper, thrummed her nails on the oilcloth covering the table and, smiling a tight little smile, got up, fished through the kitchen drawer for pen and paper, and wrote:

A few days later she pulled a letter from the mailbox.

We Nutbrowns are a rare breed and need to stick together. I’d be real pleased if you’d come on round to Uncertain, so’s we could visit. Sincerely, T.J. Nutbrown

Uncertain, Texas (so named because its founding fathers couldn’t agree on what to call it) sits on the south side of Caddo Lake where T.J. Nutbrown’s spread comprised hundreds of acres. Now up in years, he’d been in declining health and seldom went out. “Likely Caroline’s death will hasten him to the grave,” the locals agreed.

When Maggie struck the iron knocker, the door opened slowly and before her stood, slightly hunched, a tall, white-maned man with glazy, gray-blue eyes. The flesh on his face was slack, but traces of handsomeness – high cheekbones, aquiline nose – remained.

“How do, Miss Nutbrown,” he bowed her in. “Hot as Hades today. Will you take tea?”

“Much obliged.” She stepped onto the oak floors of the cavernous antebellum house.

He fixed two tall glasses of tea, his tremulous hands pressing out ice from the tray with effort. He handed her a glass and piloted her to the pillared verandah where they seated themselves on a weathered porch glider.

“I have to own up,” she told him, fanning herself with a magazine. “I know’d who you was, Mister Nutbrown. Why, the stories about how you broke the Eudora Petty well are legends round Caddo Lake.”

“That was a mighty long time ago.”

“Even so, nothin’ bigger ever happened in Harrison County. How’d you come to find that patch?”

Uncertain, Texas sits on the south side of Caddo Lake where T.J. Nutbrown’s spread comprised hundreds of acres.

“Somethin’ else you must know, Mr. Nutbrown,” lowering her eyelids, “Nutbrown isn’t my real name. It’s the name of my husband. Oh, but he’s dead.”

“You don’t say? An’ what might be your real name?” he said, squinting at her.

“Robideaux,” she said, as her neck crimsoned.

He bent and lit a citronella candle to ward off the zizzing mosquitoes. Then, he sat back and rubbed his lower lip back and forth. She sensed his hesitation and held her breath. Finally,

“Yessir. My father came from Lafayette, but he left mama and me when I was five.”

“I’m real sorry to hear that. Must’ve been hard, a young-un with no father about.”

Her blood boiled at the thought of how she’d been gypped of a father and how her mother had taken it out on her, the whompings and the withholdings and the broken promises – like the inside-out doll she’d set her heart on.

“You’re a plucky lady, Maggie. I’d be pleased, if we could visit some more. Gets lonesome ‘round here since Caroline died. We had no children, you know, and, like I say, my brother Jed and his brood live over in Shreveport.”

“Well, I might could come again. I’ll bring some of the mayhaw jelly I put up.”

As cypress and sassafras, maple and chinaberry were bursting into flames of cerise and orange, carmine red and cadmium yellow, Maggie Robideaux was busy dousing a flame – any evidence of the existence of T.J. Nutbrown’s late wife. She laid flat the sepia wedding photographs, pulled down the gold-framed lace fans, hid the collection of miniature silver boxes; chucked the contents of the sewing basket. The oil portrait of Caroline hanging over the mantle was a particular bugaboo.

“Now, T.J., why don’t we just take down that picture of Caroline – don’t want nothing to remind you of lonely times. Couldn’t we put up this pretty mirror?”

“Whatever you say, Miss Robideaux.”

On his 90th birthday, he proposed marriage. It was springtime, when Caddo Lake is at its most mysterious. A scrim of mist hovers over the water. Behind it, ancient bald cypresses with silvered beards of Spanish moss appear in dumb show – gnarled old wizards on parade.

“Let’s celebrate!” he said, taking her hand in his. “I don’t want you partin’ from me, you hear, Maggie Robideaux?”

“Well now, I don’t want you partin’ from me, Mr. Nutbrown,” she said, thinking, “Not until you change your will, I don’t.”

And so, Maggie Robideaux became Mrs. T.J. Nutbrown. The new bride made a game out of planning each day’s events – to stave off boredom or to charm him, who was to say?

“Why don’t we do eggs and andouillettes for breakfast? Afterwards, I’ll read passages from Psalms – the ones you’ve marked off. We could listen to a little Boozoo Chavis before dinner or sit on the verandah and visit.”
“You’re no mean shakes of a cook,” he’d tell her.

The flattery fired her up. She fed him gumbo and crawfish étouffée, shrimp Creole and blackened chicken. They took to a ritual before dinner of Bourbon and branch and chips and salsa. His papery skin began to freshen, his gait quickened. A new lease on life seemed to mirror his zest for her nourishment.

He taught her poker and she taught him bourré (she pronounced it boo-ray).

“Ante up,” he’d tell her, and she’d slide a stack of chips into the center of the table. They’d cash in for jelly beans and laugh over “the bean pot” and “pot luck” and “eatin’ the pot.” The laughter was real and salutary. Her tawny skin and coal-black hair took on luster. “You’re pretty as a princess,” he told her. She discovered the novelty of admiring herself in the mirror, a vanity avoided since her mother told her she was “plain as grass.”

To her surprise, she found herself spontaneously kissing him on the cheek. She massaged his weary bones, and he returned the favor with caresses which progressed to more tenderness.

One day T.J. shambled toward her bearing a large cardboard box. “Maggie, this belonged to Caroline’s mama. I want for you to have it.” She lifted the lid and beheld a baby doll with a beautiful bisque face and blue glass eyes, lace-trimmed bonnet and long batiste gown with little rosebuds sewn on it. She took the doll and held it face down across her shoulder and patted it like a mother comforting a mewling infant. Her cheeks flushed. A lump rose to her throat. “No one ever gave me anything this precious in my whole life.”

To Maggie the story of wildcatters striking the Croesus-rich East Texas oil field was romance itself, as transporting and fantastic as a fairy tale.

“Seems to me you ain’t never been treated right, Maggie.”

“Not until now, Mr. T.J. Nutbrown.” She struggled back tears. Kindliness was foreign soil.

Winter arrived wearing a mantle of gray and ghosted back the lake and the landscape. The Nutbrown’s continued to settle into a comfortable, almost sacramental routine. At dinner:

“And the day the Eudora blew – what happened next, T.J.?” she prompted him in the manner of all women who know what did happen next, but allow her man the pleasure of telling it. To Maggie the story of wildcatters striking the Croesus-rich East Texas oil field was romance itself, as transporting and fantastic as a fairy tale.

When his health started to fail, she nursed him with everything in her. She cooed to him, bathed his blistered feet with Manuka honey, massaged his forehead with herb-infused oils of her own making.

“Don’t you go and leave me, T.J.,” she whispered, her eyes imploring him. He slumbered most of the day. At night he pitched and hawed, a ship on wild water. She got up at all hours to give him juice to quench his thirst or drops for his dry, itchy eyes.

He was buried in a rosewood casket beside his first wife. He never did rewrite his will, but, by then, Maggie didn’t care to contest it. She was as wrenched as if a limb had been torn from her body.

“I’ll take a year of happiness over a lifetime of humdrum and hurt any day,” she said to her dolly, as she tore his obituary out of the paper and tucked it away in a drawer in her cabin. “Of this I’m certain.”