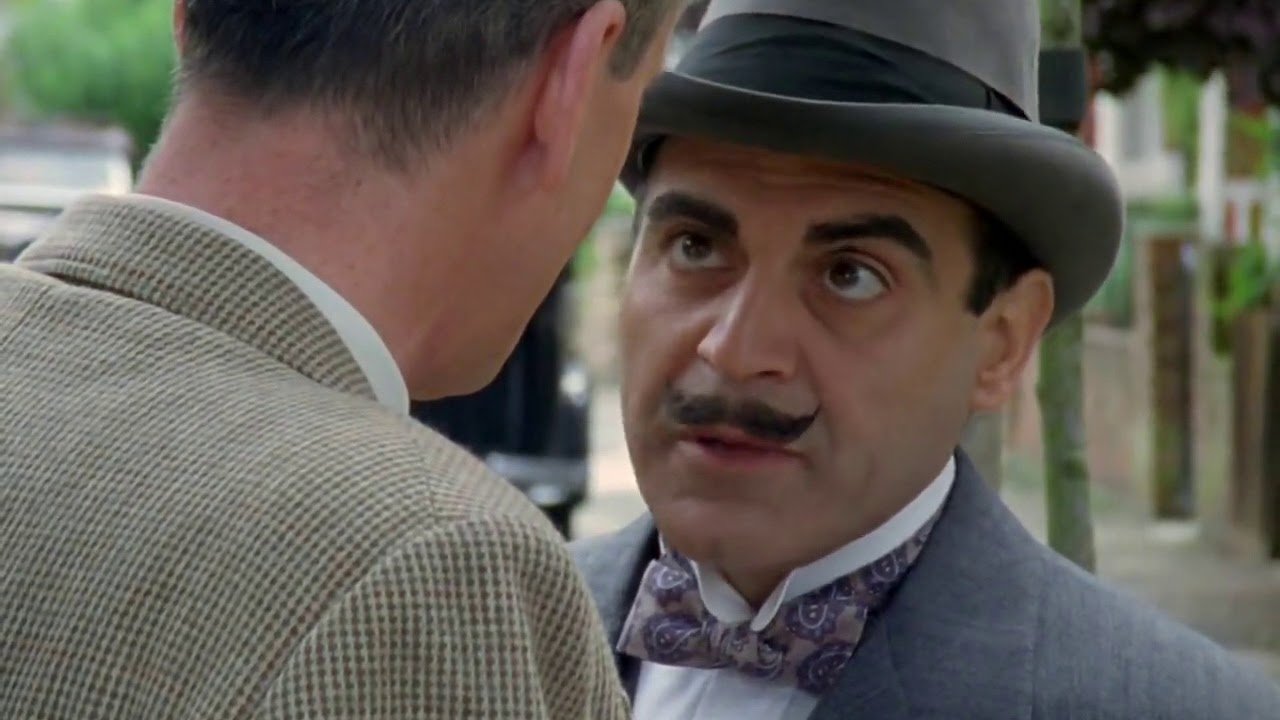 Hercule Poirot is one of the most popular fictional characters among the fans and lovers of cozy mysteries. This Belgian detective was created by British writer Agatha Christie and is one of Christie’s most famous and long-running characters, appearing in 33 novels, 2 plays, and more than 50 short stories published between 1920 and 1975.

A lavish trip through Europe quickly unfolds into a race against time to solve a murder aboard a train. When an avalanche stops the Orient Express dead in its tracks, the world’s greatest detective — Hercule Poirot — arrives to interrogate all passengers and search for clues before the killer can strike again. 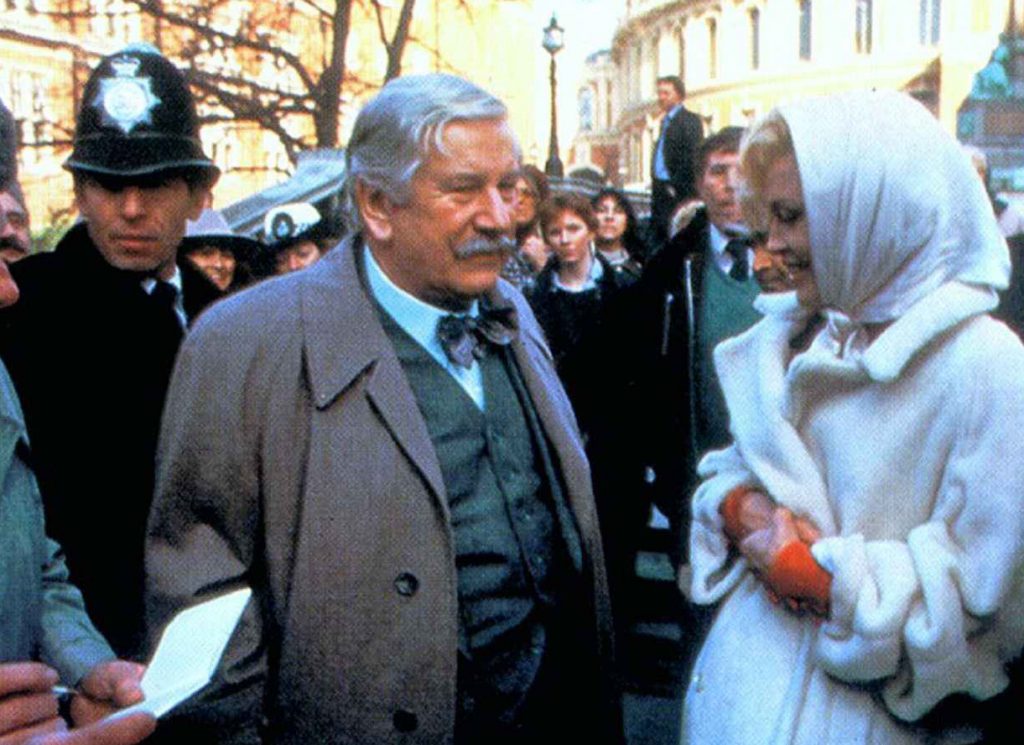 When actress Jane Wilkinson (Faye Dunaway) forcefully demands a divorce from her husband, she appears unstable. Consequently, she is the main suspect when her husband turns up murdered.

Master Detective Hercule Poirot (Peter Ustinov), who meets the actress through actor Bryan Martin (Lee Horsley), must determine, along with Inspector Japp (David Suchet), if Wilkinson’s claims of innocence are true, and whether Carlotta Adams (also Dunaway), a Wilkinson impersonator, is involved.

Agatha Christie’s enigmatic sleuth Hercule Poirot trails a killer whose murdering spree appears to be linked to the letters of the alphabet. Featuring a cameo from Margaret Rutherford as Christie’s other notable sleuth, Miss Marple.

Featuring legendary David Suchet: When a vicar chokes to death on a cocktail while attending a party held by actor Sir Charles Cartwright, Poirot initially dismisses the idea of murder but reconsiders when another guest dies in the same manner.

This is an older version of the story from 1970s: Having concluded a case, detective Hercule Poirot (Albert Finney) settles into what he expects will be a relaxing journey home aboard the Orient Express. But when an unpopular billionaire is murdered en route, Poirot takes up the case, and everyone on board the famous train is a suspect. Using an avalanche blocking the tracks to his advantage, Poirot gradually realizes that many of the passengers have revenge as a motive, and he begins to home in on the culprit. 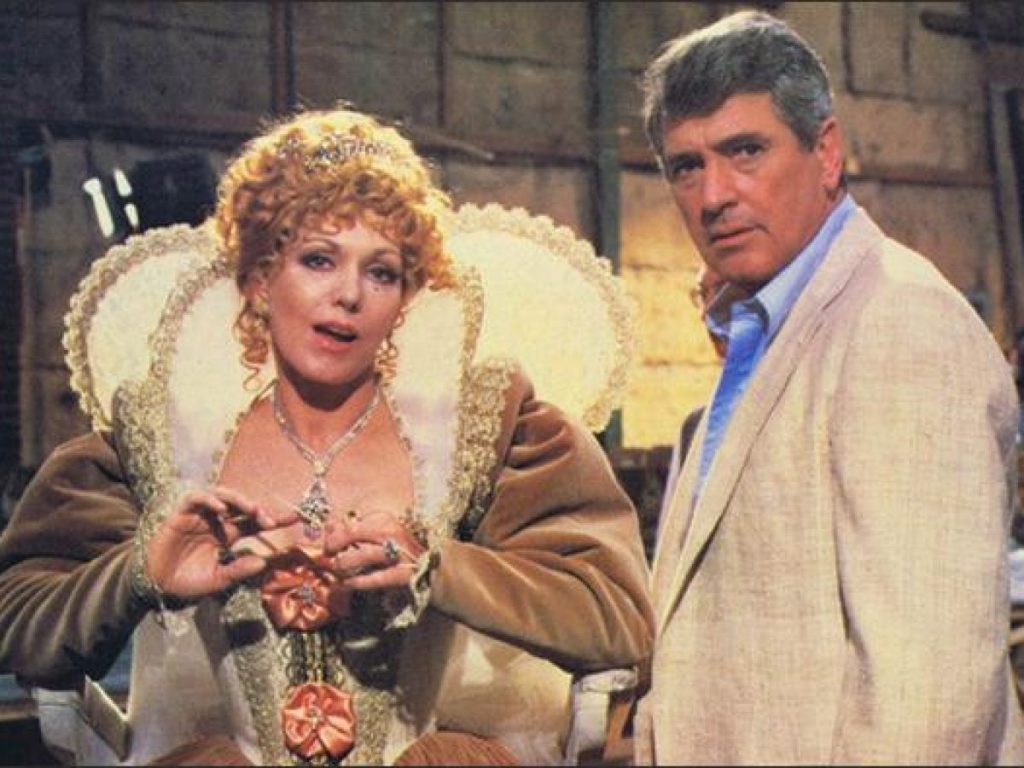 A local woman is poisoned and sleuth Jane Marple jumps on the case, but the investigation is compromised when she learns that the intended victim was, in fact, a visiting movie star.

Poirot comes out of retirement when his industrialist friend is brutally murdered a short while after a local widow who was suspected of killing her husband commits suicide. 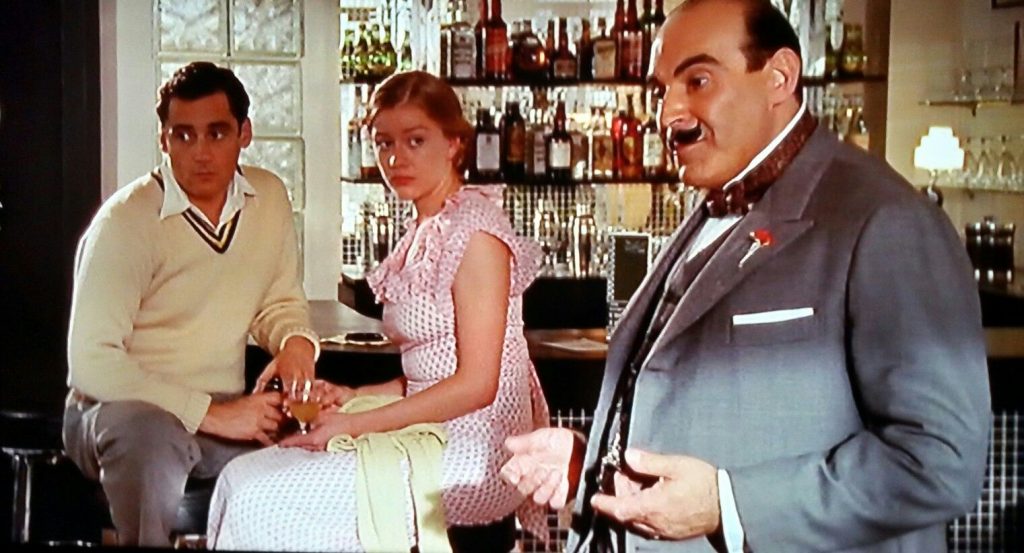 Poirot’s rehabilitative health retreat on an island resort becomes an even more stimulating mental exercise when a flirtatious film star is found strangled on a nearby beach.

Vetting potential suitors of the daughter of an Australian shipping magnate turns into a serious matter for Poirot when the woman decides to take the Plymouth Express, and he finds himself investigating a jewel theft on the train.

The Adventure of Johnnie Waverly (1989)

When landowner Marcus Waverly discovers an anonymous threat to kidnap his son, Johnnie, he calls in Poirot to investigate.

A dark secret from an actress’s past threatens to jeopardize her relationship with a prince. Poirot is determined to help, but soon learns that the woman may not have been telling him the truth.

As the threat of world war looms large, Poirot seeks the help of friends both old and new when he is pitted against a dangerous group of dissidents responsible for a series of violent murders.

A more obvious influence on the early Poirot stories is that of Arthur Conan Doyle. In An Autobiography, Christie states, “I was still writing in the Sherlock Holmes tradition – eccentric detective, stooge assistant, with a Lestrade-type Scotland Yard detective, Inspector Japp”.

For his part, Conan Doyle acknowledged basing his detective stories on the model of Edgar Allan Poe’s C. Auguste Dupin and his anonymous narrator, and basing his character Sherlock Holmes on Joseph Bell, who in his use of “ratiocination” prefigured Poirot’s reliance on his “little grey cells”.

Poirot also bears a striking resemblance to A. E. W. Mason’s fictional detective Inspector Hanaud of the French Sûreté, who first appeared in the 1910 novel At the Villa Rose and predates the first Poirot novel by 10 years.

Christie’s Poirot was clearly the result of her early development of the detective in her first book, written in 1916 and published in 1920. Belgium’s occupation by Germany during World War I provided a plausible explanation of why such a skilled detective would be available to solve mysteries at an English country house.

At the time of Christie’s writing, it was considered patriotic to express sympathy towards the Belgians, since the invasion of their country had constituted Britain’s casus belli for entering World War I, and British wartime propaganda emphasized the “Rape of Belgium”.

Mystery Tribune’s ultimate guides feature the most notable authors, books, movies and characters and are available here. For other collections of best movies and shows in the crime and mystery genre, please see here.