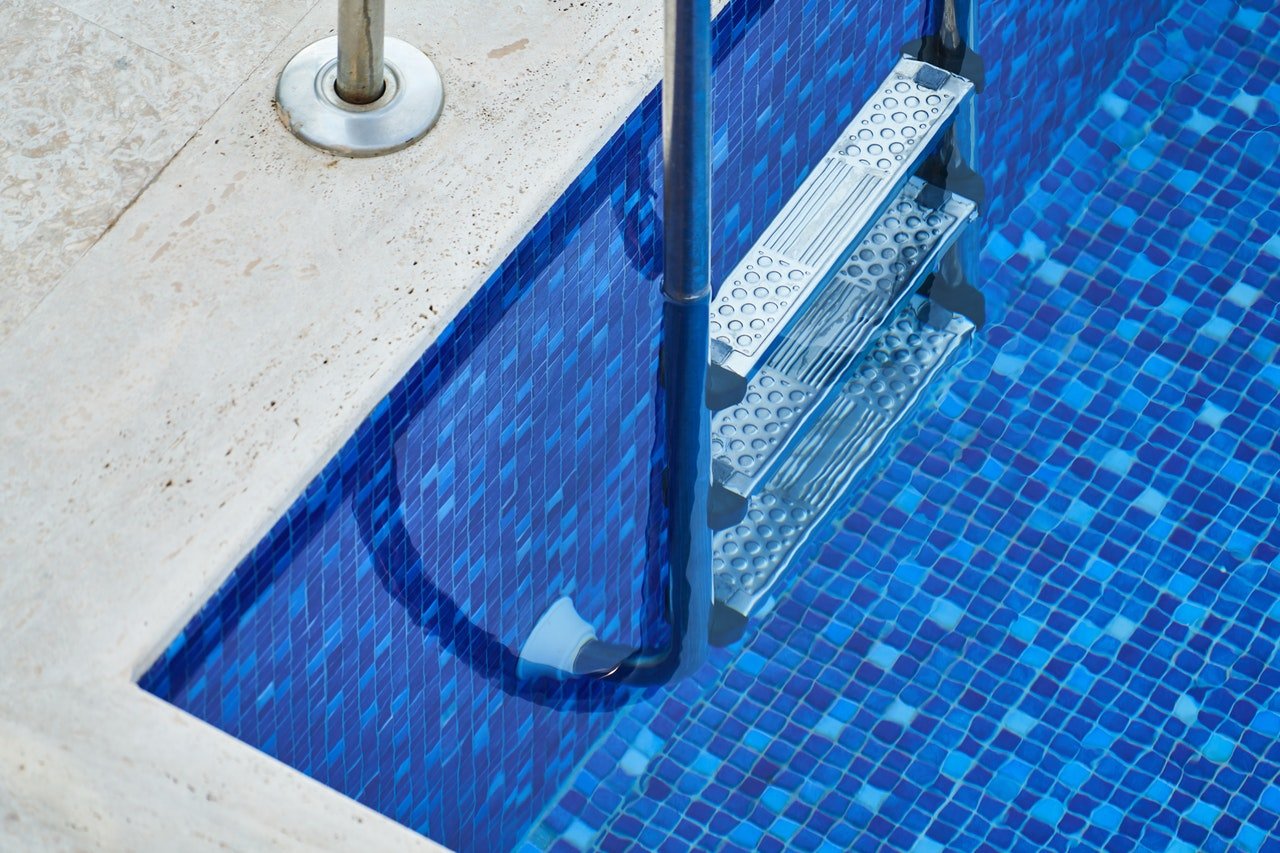 In Two Rounds by Linda Kiess, twenty years after their two-year-old daughter drowned in the back yard pool, Lillian & Bart Leonard are still struggling through their grief.

By all accounts save for one, Lillian Leonard and her husband, Bart, lived a charmed existence in a large two-story beige Tudor mansion on South Florida’s Intracoastal. Lillian drove a late model Mercedes E-Class Cabriolet; Bart had his baby, a 1966 Excalibur Series 1 Roadster, used for fun jaunts about town and occasionally to the Harbor View Marina where the family’s 50-foot Viking Sport Fisherman was moored.

Lillian knew the other boaters at Harbor View Marina didn’t see the long hours they worked at their business “Mermaid Swimming Pools.” They didn’t know about their two-year old child who had wandered into their backyard pool 20 years ago, drowning one morning while the rest of the family slept.

Lillian had no “filter” and tended to say what she thought, unlike Bart who seemed to feel most thoughts were best not expressed.

Lillian looked younger than her 47 years, something she attributed to good Mediterranean genes. She was a good inch taller than her dark-skinned, stocky-built husband. Her legs were long and shapely and she still kept her hair blond – the two features that had first attracted Bart.

Lillian had no “filter” and tended to say what she thought, unlike Bart who seemed to feel most thoughts were best not expressed. A casual observer might think Lillian and Bart didn’t quite fit together. But they were bound invisibly by shared memories and 25 years working to build a business. They just had different coping mechanisms for the tragedy in their life.

Lillian conveniently erased all memories of the early years struggling to grow a business. However, she couldn’t shake the memory of Joanie floating in the pool that fateful morning. As a way to survive that unforgettable day, Lillian turned her back on unpleasant thoughts and quickly become accustomed to their luxury lifestyle. She knew that Bart never forgot the lean years or that the business selling pools – the very thing that had taken Joanie away – made the charmed life possible. Others might see it as a “cheap” streak, but Lillian knew it was Bart being practical.

Bart made sure his family had the material things they needed, especially Lillian. Lately, Lillian had been lusting after a large 6-burner Southbend 60DD restaurant quality gas range.

On this particular morning, Lillian and Bart were seated at the table in the breakfast room. Lillian was toasting an English muffin and thinking about how to approach Bart. Bart was sitting across from her drinking his coffee and reading the SunSentinel sport section. Looking over the top of the paper at Bart’s bald head, Lillian ventured, “I went down to Armstrong’s Appliance yesterday to look at the range I want. It’s magnificent!! It has six large gas burners, double ovens and comes in the retro aqua color I want!” Just then, Lillian remembered vividly how Joanie loved to bake with her. Joanie would make play-doh cookies as she made chocolate chip cookies. Lillian had to be quick to get the real cookies into the oven before Joanie added play-doh cookies to the cookie sheets.

“I can’t for the life of me see why you need this new range, Lillian,” Bart muttered from behind the paper. “Your appliances are only two years old and your range works just fine.” Bart looked up from the paper, “Don’t I tell you all the time what wonderful meals you make?”

“Just think of the awesome meals I can make you with two extra burners! Everyone knows that gas is the best to cook with. I sure wish we had installed gas when we updated the kitchen two years ago.”

Bart put the paper down and focused on Lillian. “Well, not only don’t we have a gas hook up to the house, you’re forgetting that we don’t have room for your 60” range in the kitchen.

“You’re right Bart.” Now that Lillian finally had Bart’s full attention, she was determined to make the most of her opportunity. “I called Tom Moore yesterday, the contractor we used two years ago. He suggested moving the south wall out to accommodate the gas piping and moving the refrigerator to the north wall to give us room for the new 60” range on the east wall.”

“Then you’re forgetting that after this “minor” kitchen remodel we’ll have to repaint to accommodate your retro aqua color!”

“Oh, I have that covered, too,” Lillian was on a roll. “I’m thinking the kitchen should be painted a cheery pale yellow.” Cheery colors helped push aside – however briefly – ever present thoughts of little Joanie.

Twenty years ago, Lillian wanted to sell the house after Joanie drowned. Lillian was the first to find Joanie that morning. She wondered why she hadn’t heard pajama covered feet padding into her room to wake her up as usual. Lillian began to search for her. A foreboding set in as she looked in the last possible place. Lillian spotted a sodden pajama-clad, doll-like body floating in the pool. Lillian and Bart never discussed Joanie’s drowning but it was hard for Lillian to entirely put it out of her mind even now.

Bart had worked hard for “his mansion” and he was not about to sell it and build another. As a concession, Lillian asked to repaper the downstairs. Lillian had shared her wallpaper samples with Bart. Bart was adamant – no new wallpaper. After weeks of “discussions,” cajoling, tears, and Lillian’s famous “silent treatment,” Lillian took drastic measures. In a frenzy, she tore a piece of wallpaper from ceiling to floor in each room downstairs. As you walked from room to room, the effect was jarring – big ugly holes in every room! Now Bart had no excuse – Lillian was able to repaper the downstairs.

Lillian was a force to be reckoned with if she wanted something. It seemed that mounting a campaign to neutralize all Bart’s negative points might not work in this case. She would have to appeal to him in some other way.

“Did I complain when you wanted your “baby,” the Excalibur right after Joanie drowned? It was over $50,000 and can only be driven in good weather since it doesn’t have a roof. I was happy that you were able to buy that car!

“You know Joanie’s drowning is off limits. It was a long time ago. I’m not arguing that you don’t deserve the range; I’m arguing that the range is not needed, end of discussion!!” Bart threw his paper down and stalked out of the room.

“That’s it,” she thought. “He’ll never know how I felt that day when I found Joanie. He doesn’t understand how stray thoughts of Joanie continue to penetrate my days. I should be able to get what I want regardless of the cost.”

The front door slammed and she heard Bart back out of the drive. She had promised Mr. Armstrong that she would be back today to purchase the range and Tom Moore said he needed to know by tomorrow what she wanted to do. She became more and more desperate. Then an idea occurred to her and she quickly decided on a plan!

Lillian raced up the stairs to the master bedroom suite. She opened the doors to Bart’s closet and lugged a chair under the shelf that ran the perimeter of his closet. She stood on tip toes to reach Bart’s Remington Model 870. The 12-gage pump action shotgun was nestled against the back wall of the shelf. She was able to inch the shotgun to the front of the shelf and tipped it just right to fall forward into her hands. Step one accomplished.

Next, she opened Bart’s sock drawer. Buried under 15 pairs of socks, Bart had a new box of 3” shotgun shells. Step two accomplished.

Step three: Lillian struggled to push a shell into the side chamber of the gun. She had only seen Bart load this gun once or twice in the 25 years they had been married. She wasn’t exactly sure how it was done but pushing the shell into the side magazine seemed to be just common sense. She felt sure that two shells should do the trick. She was beginning to feel better already!

Just then, she heard Bart’s car make its way up the drive and the garage door opened.  Lillian hauled the loaded gun down the stairs and marched into the kitchen. She knew exactly where to shoot.

Lillian aimed – pulled the trigger and one round exploded from the barrel and buried itself into the front of her two-year old range. The recoil from the shotgun knocked her back several steps, the sound was deafening. It sounded kind of nice to Lillian. Her plan was almost complete!

As Bart walked into the kitchen, Lillian pumped the gun to load the second shell into the chamber. Once again, she pulled the trigger. The second round exploded from the barrel. This time she experienced a feeling of euphoria similar to the time she stripped the wallpaper in each room.

“There,” she said,” there will be no more discussion about my new range!!”