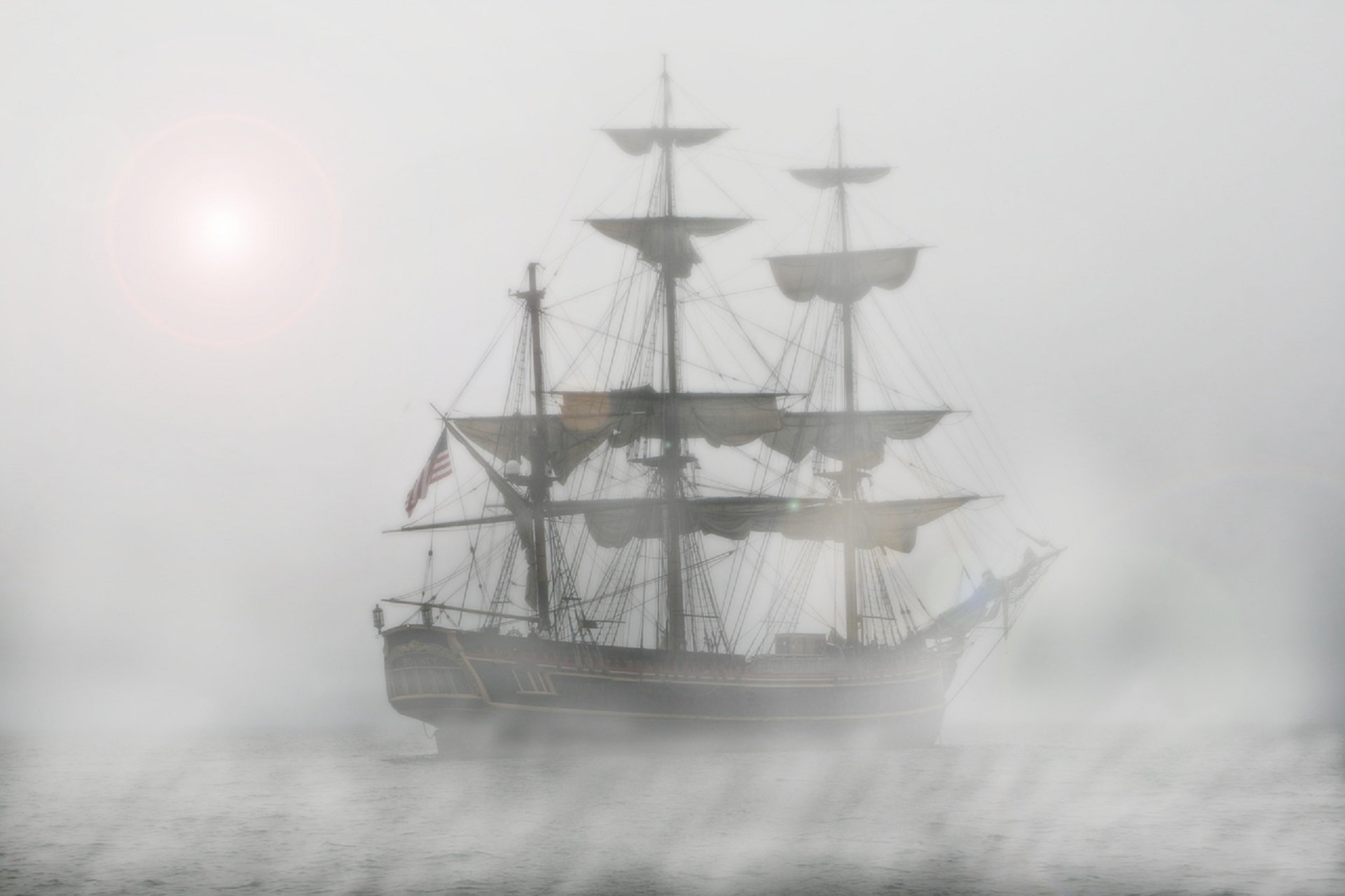 What is it about the high seas that makes maritime narratives such a magnet for stories of madness, obsession, and other unpleasant activities? Off the top of my head, I can think of numerous Herman Melville works with an unsavory obsession or a horrific event at their core, propelling a series of maritime characters towards ruin, whether actual or metaphysical. And the years since Melville’s day haven’t caused this conflation of crime and the sea to dwindle one iota.

Consider Ottessa Moshfegh’s McGlue, reissued earlier this year. At the core of this taut, hallucinatory novella is the title character, a 19th-century sailor with a habit of blackout drinking. He also may well be a murderer, and his ruminations on guilt, desire, and memory propel this book towards its harrowing conclusion.

In a 2018 profile in The New Yorker by Ariel Levy, Moshfegh offered some insight into the genesis of this work: she discovered a short account of the trial of the real-life McGlue in 1851, and used that to create this book-length work. Levy refers to McGlue as “unreliable, intoxicated, and trapped,” qualities that make for a disquieting yet gripping read.

Early on in the book, McGlue touches his throat after being told that he’s bleeding. His observations are not those of an easily rattled soul: “It’s dark, rummy blood, I taste it. Must be mine, I think. I think of what use it might have if I get thirsty later.” The book jumps around in time and space, from McGlue working on a ship as it travels around the world to a more grounded and claustrophobic account of his confinement.

Here, too, there’s an air of utter detachment: “A moment later the guard comes down across my face fist-first: ‘Shut it!’ he shouts into my ear. I quit screaming. I’ve been screaming.” Over the course of McGlue, Moshfegh tells the story of the title character’s drinking, his travels, his bond with his shipmate Johnson which may well have ended in murder.

Like another story of crime and punishment, this is as much about the effects on a killer’s soul than any particularly salacious details. It’s a period piece with a contemporary psychological richness; it’s both timeless and urgent. And as its delirious protagonist drifts in and out of lucidity, it gradually becomes a wrenching tale of repression and guilt.

Like another story of crime and punishment, this is as much about the effects on a killer’s soul than any particularly salacious details.

Life on board a ship and at various ports of call abounds in McGlue, but a vessel doesn’t necessarily have to be seaworthy to be the setting of a tale of instability, violence, and death. Consider, if you will, Lucius Shepard’s Viator. The title refers to a vessel that, as the book begins, has been aground on the Alaskan coastline for many years. At the center of the novel is a man named Wilander, who’s heading up the salvage efforts on it. Needless to say, things do not go as planned.

This much is apparent once you’ve looked at the table of contents. Each chapter is titled by a very short quote from the pages that follow it; by the later chapters, that means you have sections titled “…Hell ends here…” and “…Fuck it…” You can be reasonably sure that there won’t be a happy ending here; in this tale of men in isolation, slowly descending into a bizarre and hallucinatory state of violence, there’s more than a little that aficionados of Brian Evenson’s work will enjoy.

But there’s also a hallucinatory specificity to Shepard’s narrative. Wilander has bizarre visions, which take the novel briefly into the realm of the fantastical, as well as in a cosmic horror direction. Wilander is the central character here; Wilander is also increasingly unstable, which does not make his perceptions even remotely reliable at various points.

And that’s good, because Wilander turns out to have some deeply unsettling traits that come to the surface as the novel progresses. “He thought he must have been another kind of man once, basically good, well-intended though flawed; yet he could not recall how it felt to be that man,” Shepard writes at one point late in the book. Viator abounds with paranoid thinking, possible conspiracies, and mysterious deaths; it’s also about an already-frayed psyche being pushed beyond its rational limits. And while the good ship Viator no longer has sailing days ahead of it, I suspect that Shepard’s delirious, horrific narrative wouldn’t resonate nearly as well with some other decaying object at its heart.

Call it the call of the ocean; call it something written into a strain of American literary DNA, perhaps. Adding the pitch, yaw, and roll that comes with traversing bodies of water, and the unsettling feeling of being unmoored from solid ground, only accentuates these tales of violence sublimated and brought into the open. What part of ourselves might we lose along the way? These two novels suggest an answer.