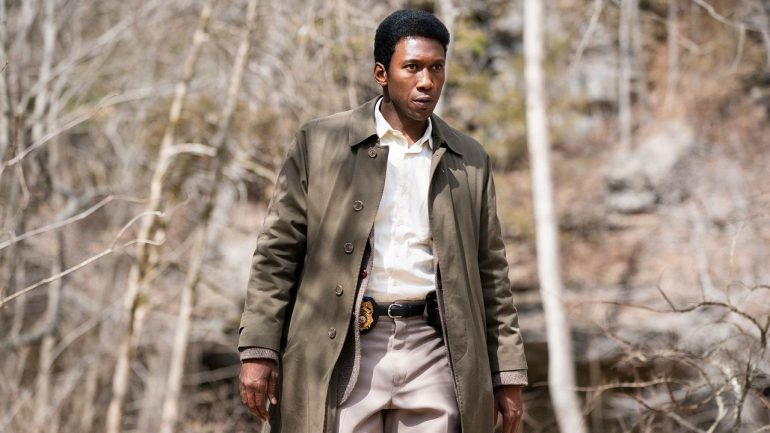 True Detective Season 3 is certainly one of the most anticipated crime shows of 2019: Almost everyone agrees that season 1 was an extraordinary show, in part thanks to great story-line and , Matthew McConaughey / Woody Harrelson duo performance.

Unfortunately season 2 couldn’t top that, so many critics were curious to see if this becomes a doomed series or Nic Pizzolatto can create another masterpiece.

Well, so far so good: The third season has mostly received positive reviews. On Rotten Tomatoes, the season has a rating of 85%, based on 62 reviews, with an average rating of 7.14/10. The site’s critical consensus reads, “Driven by Mahershala Ali’s mesmerizing performance, True Detective’s third season finds fresh perspective by exploring real world events – though it loses some of the series’ intriguing strangeness along the way.”

Just like season 1, the season 3 has many flashbacks to the past, but there are few differences: Instead of two stars like in season 1 or four stars in season 2, Oscar award winner Mahershala Ali has center stage all to himself playing the role of detective Wayne Hays.

In Episode 1, the disappearance of a young Arkansas boy and his sister in 1980 triggers vivid memories and enduring questions for retired detective Wayne Hays, who worked the case 35 years ago with his then-partner Roland West. What started as a routine case becomes a long journey to dissect the crime and make sense of it.

Ali is really giving three distinct performances through the episode, portraying Arkansas detective Hays across three time periods. In 1980, Hays is a young detective investigating the case of two missing kids (Purcell kids), and while he’s stern and laconic on the job, Ali let us see his softer side as he established a warm rapport with local schoolteacher Amelia.

Using a highly talented lead actor along with the familiar proven format of season 1 seams to have paid off so far.

The disappearance happens on the day Steve McQueen Died (November 7, 1980): Tom Purcell is working on his car and gives his daughter, Julie, and son, Will, permission to ride their bikes to the park. Later, Tom realizes that it’s well past children’s curfew and Will and Julie haven’t returned home. He goes searching, to no avail.

With police getting involved, Wayne seems to be the best hope of finding the children because of his unique tracking skills that he picked up during the Vietnam war.

Ten years later, the case comes up again, and there, Ali added a subtle tinge of world-weariness to Hays’ demeanor, weighed down by a decade’s worth of unspoken regrets.

Then in 2015, Hays is an elderly man grappling with dementia, and that thread might have been the most poignant of the three, with Ali masterfully painting a portrait of a stubbornly proud man who can no longer trust what his mind is telling him.

Without adding too many spoilers, we think that overall, this is a promising start after a disappointing season which seemed to be marking the beginning of the end of Nic Pizzolatto. Using a highly talented lead actor along with the familiar proven format of season 1 seams to have paid off so far.