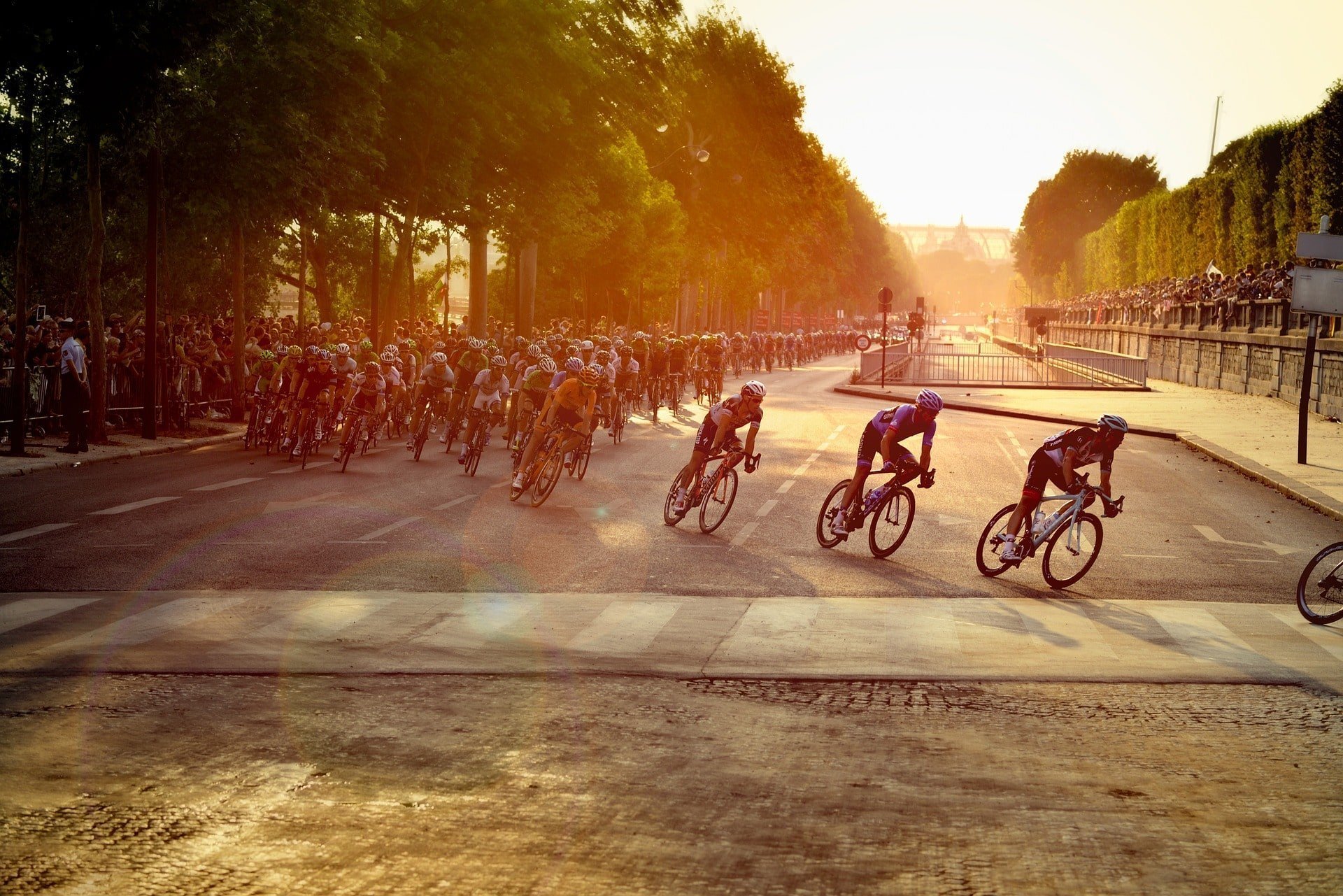 In Tour De Forest by Brooks C. Mendell, Philippe, a rising competitive cyclist who just won a stage on the Tour for the first time, wakes to find his bike stolen. In a mountainous and agrarian region of France, Inspector Coudert helps Philippe shed his naivety while working the case.

The door on the storage locker, where the cyclists secured their customized bikes, swung open and loose like a schoolyard gate. Frantic, Philippe leaned hard on the window sill in the bus looking west.

The rising sun brightened the Pyrenees where his team conquered recent stages. Today’s race, with its finish through looming sequoias and into the Arboretum, would launch him east towards further glory in the Alps next week.

“Mon Dieu!” he screamed to the empty bus. Years of training and sacrifice depended on straddling that narrow seat atop thousands of francs of composites, rubber and technology. And without the bike, he could not race.

Maman taught him years ago to retrace his steps for a lost toy or shoe. “Think back, Mon Cheri,” she’d say. “Where did you see it last? Walk through the day.”

Years of training and sacrifice depended on straddling that narrow seat atop thousands of francs of composites, rubber and technology.

Philippe replayed last night. The team, all six riders, headed down the forest path to Renault’s to celebrate his win. Even Francois seemed cheerful, shaking off his competitiveness and dour discontent to buy Philippe drinks and lead a cheer.

Locals patted Philippe on the back and garnished him with flowers from their gardens, a sign of respect and admiration for the young rider’s first victory. He felt jubilant.

They danced and drank as local bagpipers played traditional songs. Then they left for the woods, singing and stumbling through groves of French oak and then… Philippe woke up this morning, head throbbing and pockets full of leaves.

“Monsieur, please let us review your memory of the facts once more,” said the Inspector, sitting across from Philippe.

“If it will help me race,” said Philippe, head down.

“It is curious to me, Monsieur, that your teammates, your friends as you call them, neglected their new lead rider.”

Philippe looked up. “What do you mean, Inspector? I clearly overdid it last night. I was foolish.”

“That may be,” said Coudert. “Yet your excitement was understandable. An unexpected win, non? I too might celebrate.”

“And my team, Inspector. They got me back safe and to bed.”

“That is one view,” said the Inspector, looking at his notes. “Another would be they let you abuse yourself, then they abused you, dragging you through the woods.”

Philippe stared at the Inspector. “These are my friends.”

“Monsieur, forgive me. In our province here, we don’t have much. We have our cattle and our timber and our wine. The occasional stage of the Tour, of course. And our years,” said Coudert. “We age.”

“We have little time for games. I speak directly. These are not the actions of those concerned with friends or the team,” said Inspector Coudert. “They play with you.”

Philippe felt dizzy. He remembered how his other teammates – Silvestre, Georges, Joseph and Christian – took turns on the dance floor, holding him up when Francois refilled his glass.

Inspector Coudert stood. “We will do our best to find your bicycle.”

Officers searched the village, the buses of competing racers, and Renault’s. No bike.

Philippe watched the start of the race, with Francois sprinting to the lead and the rest of the team protecting his flanks. Then he wandered towards the Arboretum, with its topiary garden, where the cyclists would finish. Shrubs and bushes sculpted into circus animals and clowns stared at him.

In the center of the garden Philippe found a larger-than-life masterpiece in foliage of two boys riding bikes. These trained plants and woven vines, of young riders aspiring to compete and glory on the Tour, taunted him.

Frustrated, Philippe hurled a stone at the boys of leaves. The sharp sound of stone striking steel chased the birds as the carcass of his bike tumbled from the bushes and to the ground.

“Very clever,” said Inspector Coudert, watching with Philippe. Two officers slowly untangled the wheels of Philippe’s custom bike from the topiary of a circus bear riding a unicycle. The officers laid the wheels on the ground next to the scratched bicycle frame. They found the bicycle seat in the body of a peacock-shaped bush. The handlebars sat in a trash can.

“She must have run out of time,” said the Inspector as people arrived at the garden. A crowd gathered near the entrance to watch where dozens of riders would emerge from the forested road in a stream of pumping legs and colored jerseys.

“The timeline, Monsieur,” said Coudert. “It is very tight.”

Philippe sighed and closed his eyes.

“The team did not expect your victory,” said Inspector Coudert. “It was, I understand, a disruption. Action was required.”

“Francois stumbled early in the stage. Limousin cattle, the red ones, had squeezed the road,” said Philippe. “I accelerated to close the gap. Just as we trained.”

“Silvestre was next, non?”

“I am faster,” said Philippe.

“Ah, yes. The team understands this,” said Inspector Coudert. “You have explained it many times.”

“I did nothing wrong.”

“Mademoiselle Suzette is at the station,” said Coudert. “She explained to us the situation.”

Philippe gazed at the manicured garden, with its careful planning and maintenance. The he looked to the forest of mixed hardwoods and imagined the sweeter taste of the air among those trees. Philippe longed to leave and walk its trails.

If you have enjoyed Tour De Forest by Brooks C. Mendell, you can check out our free digital archive of crime, thriller, and horror flash fiction here. Additionally, premium short fiction published by Mystery Tribune on a quarterly basis is available digitally here. 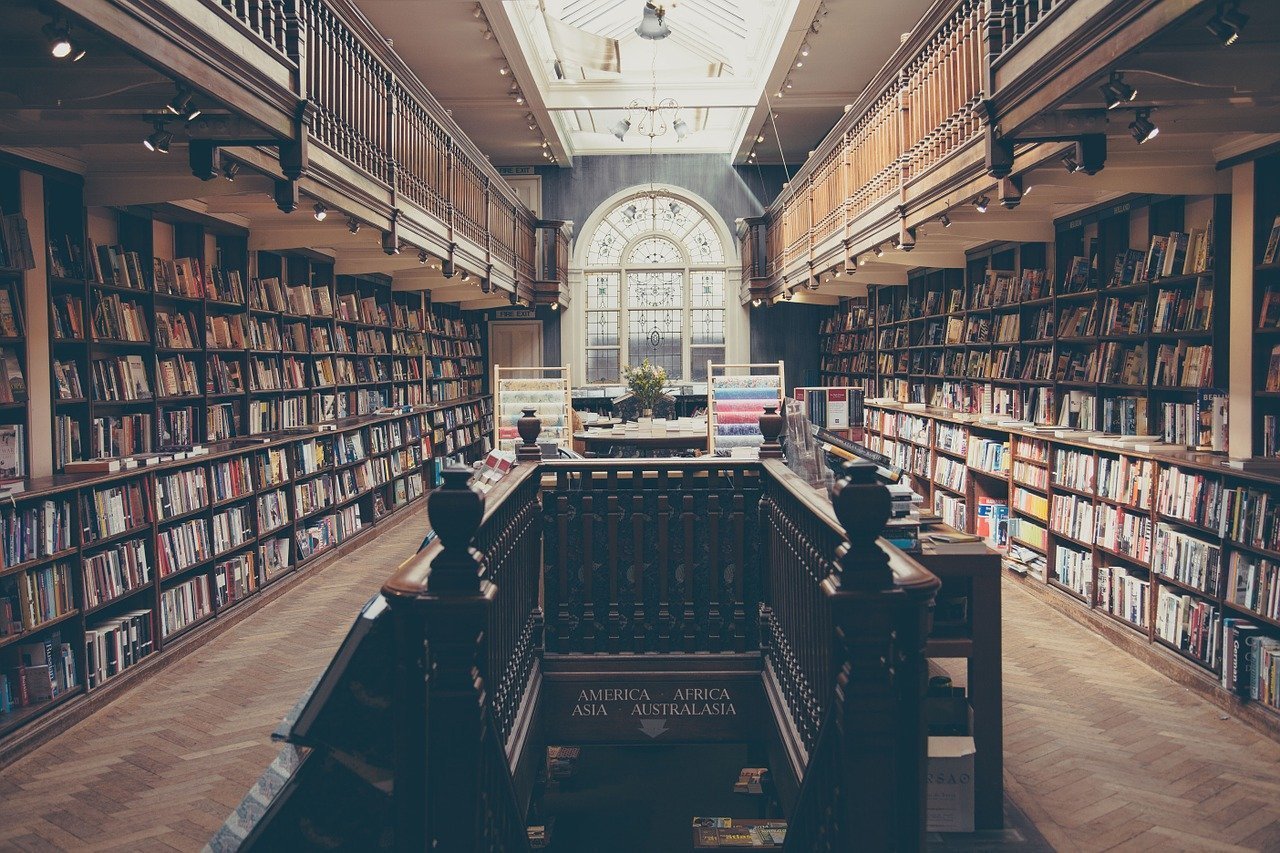