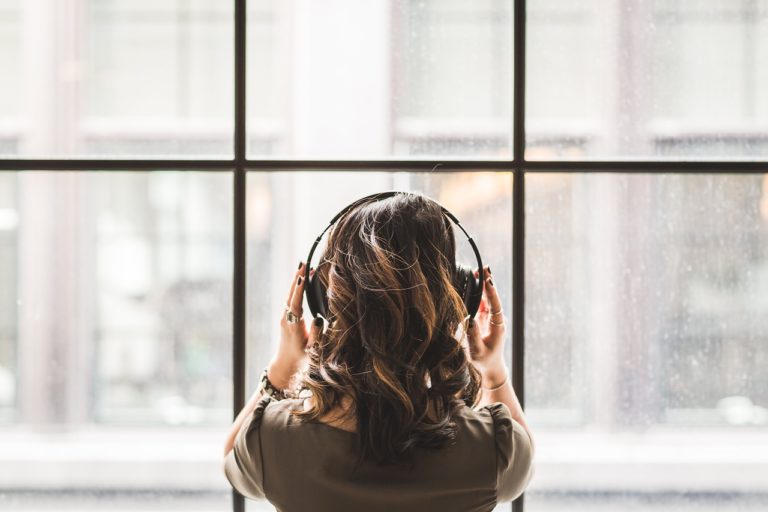 This week’s bestselling and popular audiobooks include new releases by some notable mystery and thriller writers. Lisa Scottoline, for example, has a new legal thriller out titled Exposed. In this new novel, Mary DiNunzio wants to represent her old friend Simon Pensiera, a sales rep who was wrongly fired by his company, but her partner Bennie Rosato represents the parent company. When she confronts Mary, explaining this is a conflict of interest, an epic battle of wills and legal strategy between the two ensues―ripping the law firm apart, forcing everyone to take sides and turning friend against friend.

New York Times bestselling author Sandra Brown has a nonstop suspense thriller out titled Seeing Red which is a story about tainted heroism and vengeance without mercy.

Kerra Bailey is a TV journalist hot on the trail of a story guaranteed to skyrocket her career to new heights. Twenty-five years ago, Major Franklin Trapper became a national icon when he was photographed leading a handful of survivors to safety after the bombing of a Dallas hotel. For years, he gave frequent speeches and interviews but then suddenly dropped out of the public eye, shunning all media. Now Kerra is willing to use any means necessary to get an exclusive with the Major–even if she has to secure an introduction from his estranged son, former ATF agent John Trapper.

Still seething over his break with both the ATF and his father, Trapper wants no association with the bombing or the Major. Yet Kerra’s hints that there’s more to the story rouse Trapper’s interest despite himself. And when the interview goes catastrophically awry–with unknown assailants targeting not only the Major, but also Kerra–Trapper realizes he needs her under wraps if he’s going to track down the gunmen . . . and finally discover who was responsible for the Dallas bombing.

Kerra is wary of a man so charming one moment and dangerous the next, and she knows Trapper is withholding evidence from his ATF investigation into the bombing. But having no one else to trust and enemies lurking closer than they know, Kerra and Trapper join forces to expose a sinuous network of lies and conspiracy–and uncover who would want a national hero dead.

Matt Goldman is a playwright and Emmy Award-winning television writer for Seinfeld, Ellen, and other shows. He brings his signature storytelling abilities and light touch to his debut novel Gone to Dust.

Private detective Nils Shapiro is focused on forgetting his ex-wife and keeping warm during another Minneapolis winter when a former colleague, neighboring Edina Police Detective Anders Ellegaard, calls with the impossible.

Suburban divorcee Maggie Somerville was found murdered in her bedroom, her body covered with the dust from hundreds of emptied vacuum cleaner bags, all potential DNA evidence obscured by the calculating killer.

Digging into Maggie’s cell phone records, Nils finds that the most frequently called number belongs to a mysterious young woman whose true identity could shatter the Somerville family–but could she be guilty of murder?

After the FBI demands that Nils drop the case, Nils and Ellegaard are forced to take their investigation underground, where the case grows as murky as the contents of the vacuum cleaner bags. Is this a strange case of domestic violence or something with far reaching, sinister implications?

In The Crosshairs by Sgt. Jack Coughlin is a popular new novel among military thriller fans. The plot is exciting, fast-paced and cinematic:

The Central Intelligence Agency is under attack, and so is its top field operative, Kyle Swanson. The highly decorated former Marine Corps gunnery sergeant is attending the funeral of a friend when a terrorist blows up the grave. A week later, he narrowly survives a grenade attack in Berlin.

In Washington, Congress is being told that Swanson has been turned, his private employer is corrupt, and the Agency itself cannot be trusted. Swanson is assigned to find the root of the problem and is partnered up with Luke Gibson, a skilled operative rated as being almost as good as Swanson.

They are looking for assassin Nicky Marks, who also was a CIA shooter but now works for a shadowy power broker known as The Prince. But before Kyle and Luke can eliminate the threat, they must identify and find the man who wants them dead. That takes them from the pink poppy fields of Afghanistan to the jungles of Southeast Asia and the streets of America as they learn that the Prince is the ruthless kingpin of a global drug empire that uses CIA planes to transport opium and heroin.

Swanson also lines up a secret partner, the beautiful widow of his friend whose grave was desecrated in Mexico, the sharpshooting former commando Beth Ledford, who has her own agenda of pure retribution. Kyle Swanson, at the worst possible moment in a combat showdown, must decide: Do you trust your partner, and if so, which one?

The Party by Elizabeth Day is also a hot release among the new novels from International writers. Elizabeth Day grew up in Northern Ireland. She is an award-winning journalist and has written extensively for The Telegraph, The Times, the Guardian, the Observer, Vogue, Elle and the Evening Standard.

The Party is a psychological tale of obsession and betrayal set over the course of a dinner party. The book tells the story of two married couples who, in a single evening, will come to question everything they thought they knew about each other, as the long-buried secret at the heart of their friendship comes to the surface, culminating in an explosive act of violence.

Ben, who hails from old money, and Martin, who grew up poor but is slowly carving out a successful career as an art critic, have been inseparable since childhood. Ben’s wife Serena likes to jokingly refer to Martin as Ben’s dutiful Little Shadow.

Lucy is a devoted wife to Martin, even as she knows she’ll always be second best to his sacred friendship. When Ben throws a lavish 40th birthday party as his new palatial country home, Martin and Lucy attend, mixing with the very upper echelons of London society.

But why, the next morning, is Martin in a police station being interviewed about the events of last night? Why is Lucy being forced to answer questions about his husband and his past? What exactly happened at the party? And what has bound these two very different men together for so many years?

Body Parts by Jessica Kapp is a mystery with YA flavor and here is a bit about the plot: Raised in an elite foster center off the California coast, 16-year-old Tabitha has been protected from the outside world. Her trainers at the center have told her she’ll need to be in top physical condition to be matched with a loving family. So she swims laps and shaves seconds off her mile time, dreaming of the day when she’ll meet her adoptive parents.

But when Tabitha’s told she’s been paired, instead of being taken to her new home, she wakes up immobile on a hospital bed. Moments before she’s sliced open, a group of renegade teenagers rescues her, and she learns the real reason she’s been kept in shape: PharmPerfect, a local pharmaceutical giant, is using her foster program as a replacement factory for their pill-addicted clients’ failing organs.

Determined to save the rest of her friends at the center, Tabitha joins forces with her rescuers, led by moody and mysterious Gavin Stiles. As they race to uncover the rest of PharmPerfect’s secrets, though, Tabitha finds herself with more questions than answers. Will trusting the enigmatic group of rebels lead her back to the slaughterhouse?