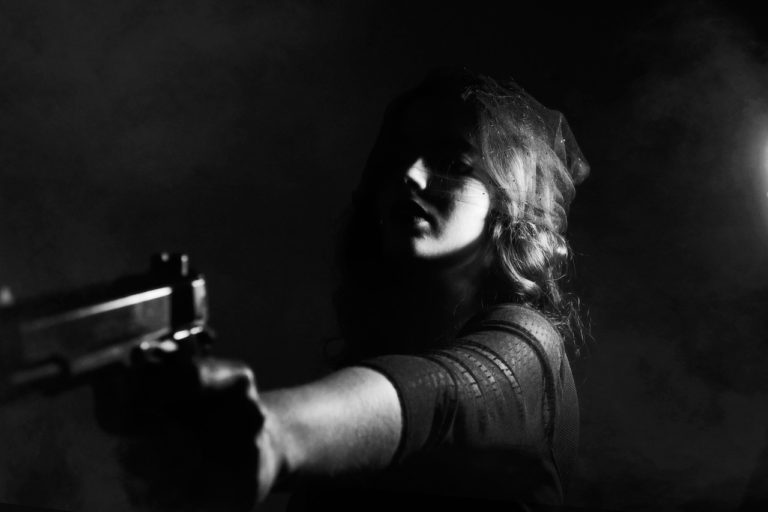 Assassination thrillers are now a major plot category in various works of fiction. Whether you like the feeling of anxiety when you are turning the pages to see if the villain can pull of his / her carefully laid out plan, or like stories where the lead character is trying to prevent an assassination, the following titles will satisfy your adrenaline craving.

We have compiled our list based on the book rating scores on Mystery Tribune, along with a review of the best selling lists from 2014 – 2017 period.

7. Chopped (A Diana Hunter Mystery Book 4): Ten years have passed since Diana Hunter, once the youngest spook in the Canadian Security Intelligence Service, was captured by the elusive professional assassin known only as “Surgeon.” Now a magazine editor and a consultant for the Vancouver Police Department, Diana has been taunted for years by the shadowy psychopathic genius who continues to elude the grasp of the world’s top police and intelligence services.

It is two days before the anniversary of her ordeal, and Surgeon has claimed another victim in his gruesome, trademark fashion on the streets of the city Diana calls home. Desperate to bring Surgeon to justice, Diana dangles herself as bait for this ruthless, arrogant killer but her plan goes wrong. Will it go fatally wrong?

Set amid the urban bustle of Vancouver, Chopped is an electrifying game of chess with political undertones played against an opponent whose obsessive mind is working moves ahead. Can Diana and her handsome partner, Detective Peter Hopkinson, outthink this brilliant killer, or will Surgeon’s brutal game continue unchecked?

6. Ghosts – John Milton #4 (John Milton Series): John Milton is a ghost. He was Number One. The most dangerous assassin in Group Fifteen, the black-ops organisation that solves problems when diplomacy has failed. Now Milton is Her Majesty’s most wanted fugitive – an anonymous loner with a deadly set of skills. So when he is arrested following a brawl in a Texas bar, the last person he expected to bail him out was a glamorous operative from the Russian Secret Service.

Milton is blackmailed into finding his predecessor as Number One. But she’s a ghost, too, and just as dangerous as him. He finds himself in deep trouble, playing the Russians against the British in a desperate attempt to save the life of his oldest friend.

Some ghosts are better left alone. But these two have been disturbed and now there’s going to be hell to pay.

5. Back Blast (A Gray Man Novel Book 5): Five years ago, Court Gentry was the CIA’s best covert asset. Then, without warning, his masters at the Agency put him at the top of their kill list. Court fled his country and became an enigmatic killer for hire known as the Gray Man.

Determined to find out what made the Agency turn against him, he plans to get his hands on the men who sent him on his last mission, Operation BACK BLAST. What he doesn’t realize is that the questions that arose from his time as an American assassin are still reverberating in the U.S. intelligence community, and he’s stumbled onto a secret that powerful people want kept under wraps.

The result: everyone has Court in their crosshairs…

When Jana Baker first landed the internship of a lifetime, she never imagined walking into a pit of terrorists. But when a secretive federal agent approaches her, she learns the truth and has no choice but to infiltrate their plot. As Agent Stone tries to protect her, Jana pushes past the outer edges of peril only to find herself clinging for life.

Marcus Hamilton Thanos is marked for death. And Jack Noble is the man for the job. But when the high-profile target vanishes the day of the assassination attempt, Jack is forced to team up with a female FBI agent who was poised to learn Thanos’s secret that morning.

Together they are plunged into a frantic race across state lines and international borders in order to solve the mystery, all the while unsure of who they can trust. And what they discover is that the truth is more chilling and deceptive than either of them could have imagined.

2. The Tracker (Sam Callahan Book 1): Trust no one. Sam Callahan learned this lesson from a childhood spent in abusive foster care, on the streets, and locked in juvie. With the past behind him and his future staked on law school, he is moonlighting as a political tracker, paid to hide in crowds and shadow candidates, recording their missteps for use by their opponents. One night, after an anonymous text tip, Sam witnesses a congressional candidate and a mysterious blonde in a motel indiscretion that ends in murder, recording it all on his phone.

Now Sam is a target. Set up to take the fall and pursued by both assassins and the FBI, he is forced to go on the run. Using the street skills forged during his troubled youth—as well as his heightened mental abilities—Sam goes underground until he can uncover who is behind the conspiracy and how far up it goes. A taut thriller with an unforgettable young hero, The Tracker is a heart-stopping debut from an exciting new voice.

1. Golden Prey (A Prey Novel): Thanks to some very influential people whose lives he saved, Lucas is no longer working for the Minnesota Bureau of Criminal Apprehension, but for the U.S. Marshals Service, and with unusual scope. He gets to pick his own cases, whatever they are, wherever they lead him.

And where they’ve led him this time is into real trouble. A Biloxi, Mississippi, drug-cartel counting house gets robbed, and suitcases full of cash disappear, leaving behind five bodies, including that of a six-year-old girl. Davenport takes the case, which quickly spirals out of control, as cartel assassins, including a torturer known as the “Queen of home-improvement tools” compete with Davenport to find the Dixie Hicks shooters who knocked over the counting house.

Things get ugly real fast, and neither the cartel killers nor the holdup men give a damn about whose lives Davenport might have saved; to them, he’s just another large target.