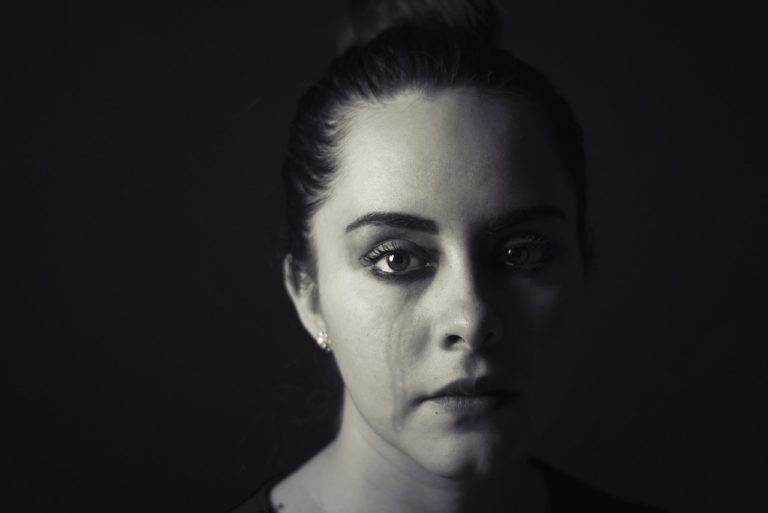 Paula Hawkins, the #1 New York Times bestselling author of The Girl on the Train, has a new novel out titled Into the Water: A single mother turns up dead at the bottom of the river that runs through town. Earlier in the summer, a vulnerable teenage girl met the same fate. They are not the first women lost to these dark waters, but their deaths disturb the river and its history, dredging up secrets long submerged.

Left behind is a lonely fifteen-year-old girl. Parentless and friendless, she now finds herself in the care of her mother’s sister, a fearful stranger who has been dragged back to the place she deliberately ran from—a place to which she vowed she’d never return.

With the same propulsive writing and acute understanding of human instincts that captivated millions of readers around the world in her explosive debut thriller, The Girl on the Train, Paula Hawkins delivers an urgent, twisting, deeply satisfying read that hinges on the deceptiveness of emotion and memory, as well as the devastating ways that the past can reach a long arm into the present.

All By Myself, Alone by the “Queen of Suspense” and #1 New York Times bestselling author Mary Higgins Clark is about a glamorous cruise on a luxurious ocean liner which turns deadly.

Fleeing a disastrous and humiliating arrest of her husband-to-be on the eve of their wedding, Celia Kilbride, a gems and jewelry expert, hopes to escape from public attention by lecturing on a brand-new cruise ship—the Queen Charlotte.

On board she meets eighty-six-year-old Lady Emily Haywood, “Lady Em,” as she is known throughout the world. Immensely wealthy, Lady Em is the owner of a priceless emerald necklace that she intends to leave to the Smithsonian after the cruise.

Three days out to sea Lady Em is found dead—and the necklace is missing. Is it the work of her apparently devoted assistant, Brenda Martin, or her lawyer-executor, Roger Pearson, and his wife, Yvonne, both of whom she had invited to join them on the cruise? Or is it Professor Henry Longworth, an acclaimed Shakespeare scholar who is lecturing on board? Or Alan Davidson, a guest on the ship who is planning to spread his wife’s ashes at sea? The list of suspects is large and growing.

Celia, with the help of her new friends Willy and Alvirah Meehan, who are celebrating their forty-fifth wedding anniversary, sets out to find the killer, not realizing that she has put herself in mortal danger before the ship reaches its final destination.

The Stars Are Fire is the new novel from the New York Times best-selling author of The Weight of Water and The Pilot’s Wife Anita Shreve. It’s an exquisitely suspenseful new novel about an extraordinary young woman tested by a catastrophic event and its devastating aftermath–based on the true story of the largest fire in Maine’s history.

In October 1947, after a summer long drought, fires break out all along the Maine coast from Bar Harbor to Kittery and are soon racing out of control from town to village. Five months pregnant, Grace Holland is left alone to protect her two toddlers when her husband, Gene, joins the volunteer firefighters. Along with her best friend, Rosie, and Rosie’s two young children, Grace watches helplessly as their houses burn to the ground, the flames finally forcing them all into the ocean as a last resort.

The women spend the night frantically protecting their children, and in the morning find their lives forever changed: homeless, penniless, awaiting news of their husbands’ fate, and left to face an uncertain future in a town that no longer exists. In the midst of this devastating loss, Grace discovers glorious new freedoms–joys and triumphs she could never have expected her narrow life with Gene could contain–and her spirit soars. And then the unthinkable happens–and Grace’s bravery is tested as never before.

The Night the Lights Went Out by Karen White is a stunning new novel about a young single mother who discovers that the nature of friendship is never what it seems.

Recently divorced, Merilee Talbot Dunlap moves with her two children to the Atlanta suburb of Sweet Apple, Georgia. It’s not her first time starting over, but her efforts at a new beginning aren’t helped by an anonymous local blog that dishes about the scandalous events that caused her marriage to fail.

Merilee finds some measure of peace in the cottage she is renting from town matriarch Sugar Prescott. Though stubborn and irascible, Sugar sees something of herself in Merilee—something that allows her to open up about her own colorful past.

Sugar’s stories give Merilee a different perspective on the town and its wealthy school moms in their tennis whites and shiny SUVs, and even on her new friendship with Heather Blackford. Merilee is charmed by the glamorous young mother’s seemingly perfect life and finds herself drawn into Heather’s world.

In a town like Sweet Apple, where sins and secrets are as likely to be found behind the walls of gated mansions as in the dark woods surrounding Merilee’s house, appearance is everything. But just how dangerous that deception can be will shock all three women.

The Red Hunter by Lisa Unger is an enjoyable read: In this new standalone thriller, two wronged women on very different paths find themselves in the same dark place.

Claudia Bishop’s perfect life fell apart when the aftermath of a brutal assault left her with a crumbling marriage, a newborn daughter, and a constant sense of anxiety about the world around her. Now, looking for a fresh start with a home restoration project and growing blog, Claudia takes on a crumbling old house—one that unbeknownst to her has an ugly history and may hide long buried secrets.

For Zoey Drake the defining moment of her childhood was the horrific home invasion murder of her parents. Years later, she has embraced the rage that fuels her. Training in the martial arts has made her strong and ready to face the demons from the past—and within.

Strangers to each other, and walking very different paths in the wake of trauma, these two women are on a collision course—because Zoey’s past nightmare and Claudia’s dreams for her future take place in the very same house. As Zoey seeks justice, and Claudia seeks peace, both will confront the monsters at the door that are the most frightening of all.

Their Lost Daughters by Joy Ellis is characterized by many as a gripping mystery with a huge twist. The story starts with two girls who go to a party and only one returns alive. Toni, the surviving teenager, is found deliriously wandering the muddy fields of the fens. She has been drugged and it’s uncertain whether she’ll survive. She says she saw her friend Emily being dragged away from the party. But no one knows who Emily is or even if she’s still alive.

Meanwhile the drowned body of another girl has been found on an isolated beach. How does this all relate to the shocking disappearance of a little girl nearly a decade ago, a crime which was never solved? The girl’s mother is putting immense pressure on the police to re-open the high-profile case.

DI Rowan Jackman and DS Marie Evans of the Fenland police are stretched to the limit as they try to bring the perpetrators of these shocking crimes to justice.

It’s Always the Husband by Michele Campbell is a suspenseful, absorbing novel that examines the complexities of friendship.

Kate, Aubrey, and Jenny first met as college roommates and soon became inseparable, despite being as different as three women can be. Kate was beautiful, wild, wealthy, and damaged. Aubrey, on financial aid, came from a broken home, and wanted more than anything to distance herself from her past. And Jenny was a striver—brilliant, ambitious, and determined to succeed. As an unlikely friendship formed, the three of them swore they would always be there for each other.

But twenty years later, one of them is standing at the edge of a bridge, and someone is urging her to jump.

How did it come to this? Kate married the gorgeous party boy, Aubrey married up, and Jenny married the boy next door. But how can these three women love and hate each other? Can feelings this strong lead to murder? When one of them dies under mysterious circumstances, will everyone assume, as is often the case, that it’s always the husband?