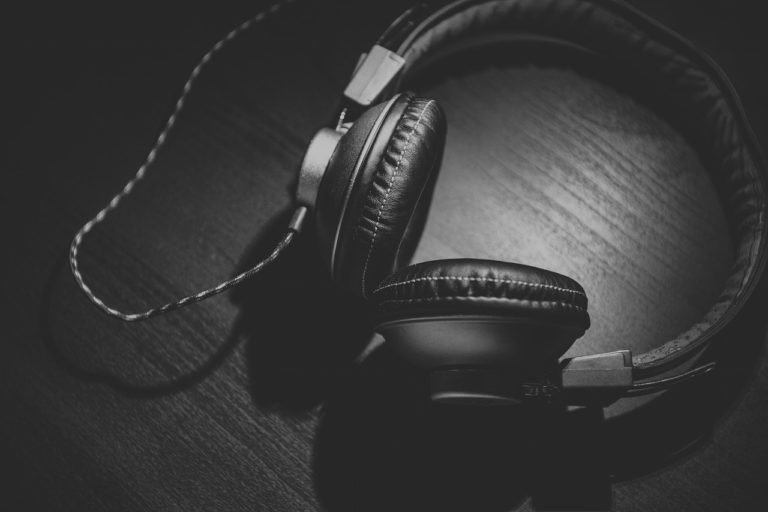 Among the top 6 mystery and thriller audiobooks this week, G-Man is a notable title worth listening to. Bestselling author and Pulitzer Prize winner Stephen Hunter, brings to life the latest episode in the Bob Lee Swagger saga, which finds Bob uncovering his family’s secret tommy gun war with 1930s gangsters like John Dillinger and Baby Face Nelson.

In G-Man, it is 1934. The depths of the Depression were marked by an epidemic of bank robberies and the swashbuckling, Tommy-gun-toting outlaws who became household names. John Dillinger. Bonnie and Clyde. Pretty Boy Floyd. Hunting them down was the new U.S. Division of Investigation—soon to become the FBI—which was determined to nab the most dangerous gangster this country has ever produced, a man so violent he scared Al Capone and was booted from the Chicago Mob—Lester Gillis, better known as Baby Face Nelson. To stop him, the Bureau recruited the most talented gunman of the time—Charles Swagger, World War I hero and sheriff of Polk County, Arkansas.

Eighty years later, Charles’s grandson Bob Lee Swagger has finally decided to sell the family homestead, but when the developers begin to tear down the house, they uncover a strongbox hidden in the foundation. Enclosed is an array of memorabilia dating back to 1934—a much-corroded federal lawman’s badge, a .45 automatic preserved in cosmoline, a mysterious gun part, and a cryptic diagram—all belonging to Charles Swagger.

Fascinated and puzzled by these newly discovered artifacts, Bob is determined to find out what happened to his grandfather, who died before Bob was born, and why his own father, whom he worshiped, never spoke of Charles. But as he investigates further, Bob learns that someone is following him, that someone is sharing his obsession with finding out what Charles Swagger really left behind.

Exit Strategy by Steve Hamilton is a stunning follow-up to the New York Times bestseller The Second Life of Nick Mason. The story narrates the fight by Hamilton’s remarkable hero to take back control from the crime lord who owns his life.

In Exit Strategy, Nick Mason has been given a true mission impossible: Infiltrate WITSEC, the top-secret federal witness-protection program that has never been compromised, locate the three men who put his boss Darius Cole behind bars for life, and kill them.

But first he has to find them—they’re ghost prisoners locked down around the clock in classified “deep black” locations by an battalion of heavily armed U.S. marshals charged with protecting them—and the clock is ticking. Cole is appealing his conviction, and these witnesses are either his ticket to freedom or the final nail in his coffin. If they testify, Darius Cole will never step foot in the outside world again. If they are killed, he will walk out a free man.

As he risks everything to complete his mission, Mason finds himself being hunted by the very man he replaced, the ruthless assassin who once served, then betrayed, Darius Cole. Rather than waiting to be Mason’s next victim, he has escaped witness protection to hunt down and kill Mason himself.

After the devastating loss of her husband in Iraq, Morgan Dane returns to Scarlet Falls, seeking the comfort of her hometown. Now, surrounded by family, she’s finally found peace and a promising career opportunity—until her babysitter is killed and her neighbor asks her to defend his son, Nick, who stands accused of the murder.

Tessa was the ultimate girl next door, and the community is outraged by her death. But Morgan has known Nick for years and can’t believe he’s guilty, despite the damning evidence stacked against him. She asks her friend Lance Kruger, an ex-cop turned private eye, for help. Taking on the town, the police, and a zealous DA, Morgan and Lance plunge into the investigation, determined to find the real killer. But as they uncover secrets that rock the community, they become targets for the madman hiding in plain sight.

Full Wolf Moon by Lincoln Child does a superb job of crossing over various genres including mystery and supernatural. In Child’s new thriller, readers follow the trail of a killer who cannot exist. The story features Jeremy Logan, the renowned investigator of the supernatural and fantastic.

Legends, no matter how outlandish, are often grounded in reality. This has been the guiding principle behind the exhilarating career of Jeremy Logan, the “enigmalogist”—an investigator who specializes in analyzing phenomena that have no obvious explanation—previously seen in The Forgotten Room, The Third Gate, and Deep Storm. Logan has often found himself in situations where keeping an open mind could mean the difference between life and death, and that has never been more true than now.

Logan travels to an isolated writers’ retreat deep in the Adirondacks to finally work on his book when the remote community is rocked by the grisly discovery of a dead hiker on Desolation Mountain. The body has been severely mauled, but the unusual savagery of the bite and claw marks call into question the initial suspicions of a wild bear attack. When Logan is asked to help investigate, he discovers no shortage of suspects capable of such an attack—and no shortage of locals willing to point the finger and spread incredible rumors.

One rumor, too impossible to believe, has even the forest ranger believing in werewolves. As Logan gets to know the remote deep-woods landscape, including a respected woman scientist still struggling with the violent loss of her father in these very woods, Logan realizes he’s up against something he has never seen before.

False Flag by John Altman is centered on a fascinating and original Israeli heroine and antiheroine and probes some of the most important political and moral conflicts of our times.

In False Flag, Israeli-born Dalia Artzi, a tactical genius and specialist at Princeton in the study of maneuver warfare, uncovers a fiendish plot by a small group of Israeli fanatics to commit a horrific crime against the United States government and pin the blame on Iran.

Meanwhile, Jana, a beautiful but deadly Israeli operative taking orders from the conspiring fanatics, is determined to deftly fulfill the deadly mission entrusted to her.

Warlock Holmes: The Hell-Hound of the Baskervilles by G.S. Denning is more a traditional mystery novel. Readers who are looking for a refreshing story to satisfy their Sherlock Holmes hunger will find this a notable title.

The hero of this book, however, is not Sherlock Holmes. Sherlock Holmes is an unparalleled genius. Warlock Holmes is an idiot. A font of arcane power, certainly. But he’s brilliantly dim. Frankly, he couldn’t deduce his way out of a paper bag. The only thing he has really got going for him are the might of a thousand demons and his stalwart companion. Thankfully, Dr. Watson is always there to aid him through the treacherous shoals of Victorian propriety… and save him from a gruesome death every now and again.

In this sequel to Warlock Holmes: A Study in Brimstone, the game’s afoot once more as Holmes and Watson face off against Moriarty’s gang, the Pinkertons, flesh-eating horses, a parliament of imps, boredom, Surrey, a disappointing butler demon, a succubus, a wicked lord, an overly-Canadian lord, a tricycle-fight to the death and the dreaded Pumpcrow. Oh, and a hell hound, one assumes.