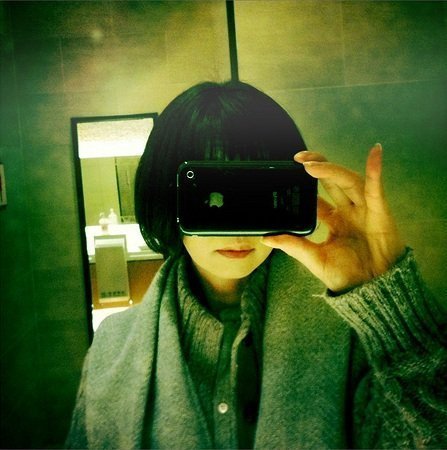 There are currently more than 30 mystery games available on iPhone but not all of them are exciting and robust: Some might crash from time to time while we are trying to solve a puzzle; some might not be intellectually satisfying and some might not have a very strong plot.

In this post, after reviewing most of the iPhone games on Apple app store, I created a list of Top 5 Best Mystery Games based on performance, attractiveness of the story and value for price. If you are an iPhone user, you can now buy one of these relatively cheap applications for few dollars, search the crime scene, collect evidence and stake out possible suspects. In the coming posts, I will provide more detail on each of these games plus some other iPhone mystery apps so stay tuned and enjoy!

This game was released by Warner Brothers in 2009 (more or less at the same time the movie came out).  It’s an interactive game featuring two stories: Missing Memento and Innocent Man: You can go to local London pubs and do some boxing (to earn money), interview suspects, analyze the data in your brain (the game provides a snapshot of Sherlock’s brain and the user is supposed to drag relevant evidence to the brain). It’s comes at the low price of $0.99 and it’s a real bargain. 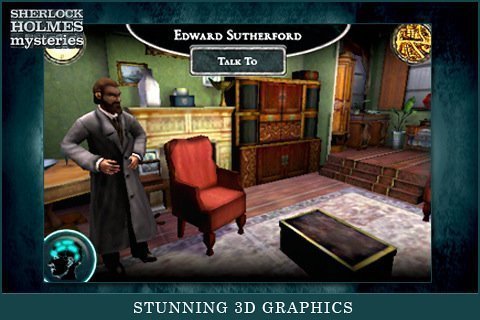 4- NCIS: The Game from the TV Show

This games also comes at $0.99 and if you want to try it before buying it, there is a free version of it is available on app store. It has been developed in collaboration with TV Show creative team and is a mix of puzzles, behavioral character interrogation and evidence gathering.

Users are driven throughout the story and are supposed to make the right choices in terms of what they look for, what they say and how they approach things in order to make the story progress. It’s a bit different compared to Sherlock Holmes game in the sense that the storyline is more fixed and you can’t wander around buildings like Sherlock Games but it is more intriguing as the user is supposed to guess who the murderer is before it is too late. 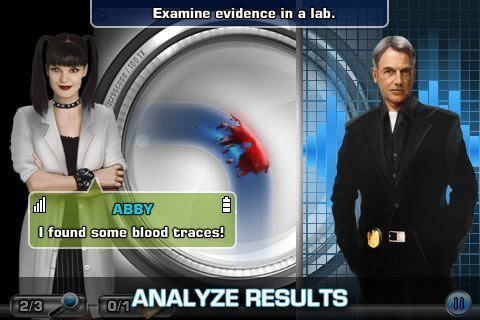 This game which is actually offered not only on iPhone but also the phones that work based on Windows operating system is based on the work of the best selling author James Patterson. The story is shaped around the adventures in which Lindsay Boxer, a detective in San Francisco and her friends encounter.

This game is different from the ones I have mentioned above as a big chunk of it is dedicated to finding hidden objects (Yes; it’s one of those games in which you should find certain number of objects at a crime scene before a deadline). 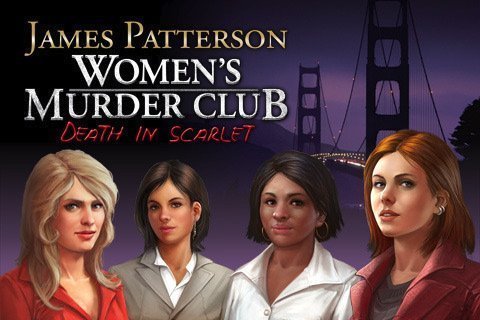 My impression of this game was that the story was a bit boring sometimes but the puzzles were interesting especially if you like hidden object games. You can download a free version of it from Apple app store and if you liked it, then you can buy the full version for $1.99.

This game is also similar to Women’s Murder Club in the sense that it includes many hidden object puzzles but it has a big advantage: Very nice, fast paced and attractive plot. The story happens in New York and the player takes on the role of Detectives Turino and Lamonte, who have been assigned to a new investigative unit, the Special Enquiry Detail, in New York City. Their first case is investigating the shocking death of the daughter of wealthy benefactors. 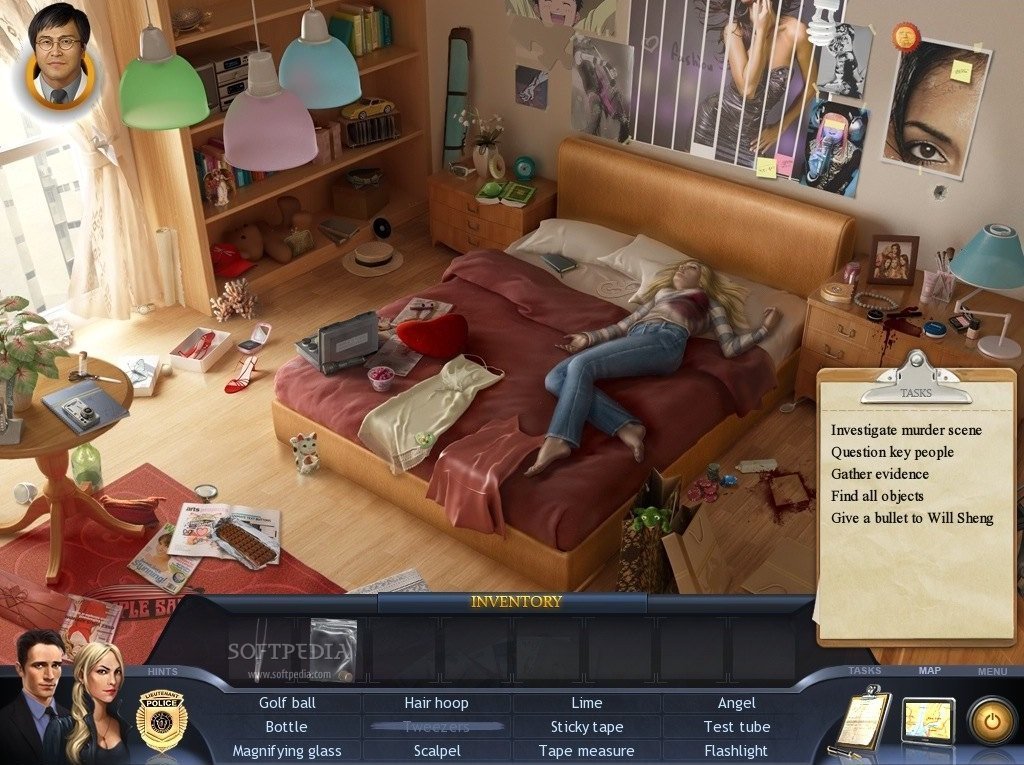 The storyline is very exciting and the players learn whole of a lot about the forensic techniques and legal procedures throughout the game. The whole story consists of 12 chapters, 30 locations and 25 mini-puzzles. It is a bit pricy ($4.99 for iPhone) but it’s worth it.

This is one of my favorite games even though I’m more of an old fashioned mystery lover. If you like movies like Bone Collector (Denzel Washington and Angelina Jolie), serial killer stories or FBI killer chasing thrillers, you will definitely enjoy this game.

Playing as Detective Mal Fallon and FBI Agent Natara Williams, you have to solve numerous murders, and try to get through the game without getting killed. You will need to think about not only what you say but also what you do otherwise you will die and you have to restart the game/chapter. It’s a tough job, but someone’s got to do it! 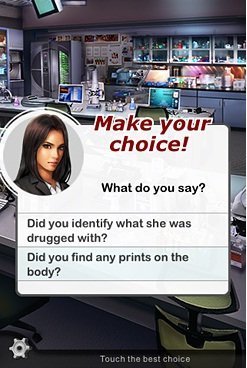 This is a high quality and well developed game launched by EA and you can buy the new stories of Detective Fallon and Natara Williams on demand (They release a new story almost every other work). The price for the stories are reasonable and normally less than a buck.

As I said earlier in the post, I will post more in-depth reviews on these games and also some other detective apps in the coming weeks.