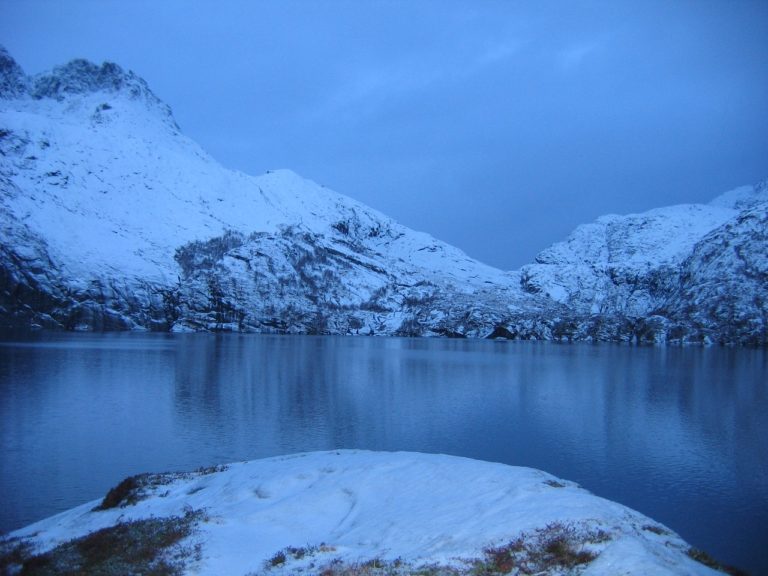 Norwegian Crime Fictions are not simple copycats of the more well-known Swedish versions; they have the atmosphere and spirits of their own. From Jo Nesbo to Karin Fossum, the country has introduced a long list of high quality writers to the world in the last 30 years.

What comes next is a compilation of 10 critically acclaimed novels from Norwegian Crime Authors in which we have put together based on our reviews, peer critic fellows and our interviews with the writing community. We hope you find this list useful: For more information on each title, you can click on the image for each title to go to Amazon page for the book.

The Snowman: One night, after the first snowfall of the year, a boy named Jonas wakes up and discovers that his mother has disappeared. Only one trace of her remains: a pink scarf, his Christmas gift to her, now worn by the snowman that inexplicably appeared in their yard earlier that day. Inspector Harry Hole suspects a link between the missing woman and a suspicious letter he’s received. The case deepens when a pattern emerges: over the past decade, eleven women have vanished—all on the day of the first snow.

But this is a killer who makes his own rules . . . and he’ll break his pattern just to keep the game interesting, as he draws Harry ever closer into his twisted web.

Bad Intentions (Inspector Sejer Mysteries) : In Bad Intentions, the newest installment in the Inspector Sejer series since The Water’s Edge in 2009, Konrad Sejer must face down his memories and fears as he struggles to determine why the corpses of troubled young men keep surfacing in local lakes. The first victim, Jon Moreno, was getting better.

His psychiatrist said so, and so did his new friend at the hospital, Molly Gram, with her little-girl-lost looks. He was racked by a mysterious guilt that had driven him to a nervous breakdown one year earlier. But when he drowns in Dead Water Lake, Sejer hesitates to call it a suicide. Then another corpse is found in a lake, a Vietnamese immigrant. And Sejer begins to feel his age weigh on him. Does he still have the strength to pursue the elusive explanations for human evil?

The Fourth Man: In the course of a routine police raid, Detective Inspector Frank Frølich of the Oslo Police saves Elizabeth Faremo from getting inadvertently caught in the crossfire. Some weeks later, Frølich coincidentally runs into her again—but their ensuing affair is no accident. By the time he learns that she is no stranger—but rather the sister of a wanted member of a larceny gang—it is already too late.

What Never Happens: This book is also titled The Final Murder. Something terrifying is happening all over Oslo: celebrities are turning up dead in the most macabre of situations. A talk show host is found with her tongue cut out, a politician crucified with a copy of the Koran stuffed inside of her, a literary critic stabbed in the eye. It’s clear that the killer is sending some sort of message-but what is he trying to say? Police Commissioner Adam Stubo and his wife, profiler Johanne Vik, both exhausted by the arrival of their new baby, are reluctant to join the investigation until it becomes totally necessary.

As Stubo leads the inquiry, Johanne stays at home with the child, finding herself haunted by a pattern she remembers from her FBI stint years before, a time she’s tried hard to put out of her mind. But as time seems to be running out, she must confront the demons of her past in order to stop the killer from completing this twisted series of murders.

The Consorts of Death: When detective Varg Veum takes a telephone call in his office, his mind is suddenly thrust back 25 years, to his days as a child protection officer and the case of a small boy who was separated from his mother under tragic circumstances. This same boy has surfaced in several other cases-in connection with a sudden death in his new foster home and, a decade later, in a dramatic double murder in Sunnfjord. Now that boy is an adult on the run in Oslo, determined to take revenge on those responsible for destroying his life-among them his former child protection officer, detective Veum.

The Redbreast: A Harry Hole Novel Detective Harry Hole embarrassed the force, and for his sins he’s been reassigned to mundane surveillance tasks. But while monitoring neo-Nazi activities in Oslo, Hole is inadvertently drawn into a mystery with deep roots in Norway’s dark past, when members of the government willingly collaborated with Nazi Germany.

More than sixty years later, this black mark won’t wash away—and disgraced old soldiers who once survived a brutal Russian winter are being murdered, one by one. Now, with only a stained and guilty conscience to guide him, an angry, alcoholic, error-prone policeman must make his way safely past the traps and mirrors of a twisted criminal mind. For a conspiracy is taking rapid and hideous shape around Hole . . . and Norway’s darkest hour may be still to come.

Broken: A woman wakes up in the middle of the night. A strange man is in her bedroom. She lies there in silence, paralyzed with fear.The woman is an author and the man one of her characters, one in a long line that waits in her driveway for the time when she’ll tell their stories. He is so desperate that he has resorted to breaking into her house and demanding that she begin.

He, the author decides, is named Alvar Eide, forty-two years old, single,works in a gallery. He lives a quiet, orderly life and likes it that way—no demands, no unpleasantness. Until one icy winter day when a young drug addict, skinny and fragile, walks into the gallery. Alvar gives her a cup of coffee to warm her up. And then one day she appears on his doorstep.

Final Curtain: This mystery novel from acclaimed Norwegian crime writer Kjersti Scheen features private investigator Margaret Moss. A former actress living in Oslo with her punk daughter, Moss is conducting routine investigations when a fellow actress and friend goes missing. Her efforts to find her friend are filled with intrigue and dangers that include neo-Nazis, deceptive lovers, a mountain resort, and theatrical subterfuge.

The Last Fix: A recovering drug addict, Katrine Bratterud, is almost finished with her time in rehab. One evening, contemplating her success at the shore of a lake, she senses that she is not alone. The discovery of Katrine’s corpse the following day brings detectives Frølich and Gunnarstranda onto the case and into a web of secrets and lies that stretches back generations.

K.O. Dahl weaves an intricate plot, juxtaposing the selfdelusion of drug addicts with the more complex self-delusions of the well-respected middle-class people treating them. Like Henning Mankell, Dahl manages to merge the suspense of the classical whodunit with the detailed precision of the police procedural novel.

What Is Mine: All over Oslo, children are disappearing. One afternoon after school, nine-year-old Emilie doesn’t come home. After a frantic search, her father finds her backpack in a deserted alley. A week later, a five-year-old boy goes missing. And then another.

Meanwhile, Johanne Vik, a former FBI profiler, is buried in crimes of the past, trying to get to the heart of a decades-old false murder conviction that’s been keeping her up at night. But Police Commissioner Adam Stubo, who’s haunted by his own demons, sees her as his only chance at unlocking this deadly pattern.

Johanne resists at first, but when the bodies of the missing children start appearing in their family’s homes with notes that say, “You got what you deserved,” she decides to help. While the Norwegian media is out hunting pedophiles, Stubo and Vik feel that the truth may be a larger, more complex story of revenge, one they’re desperate to uncover before time runs out.