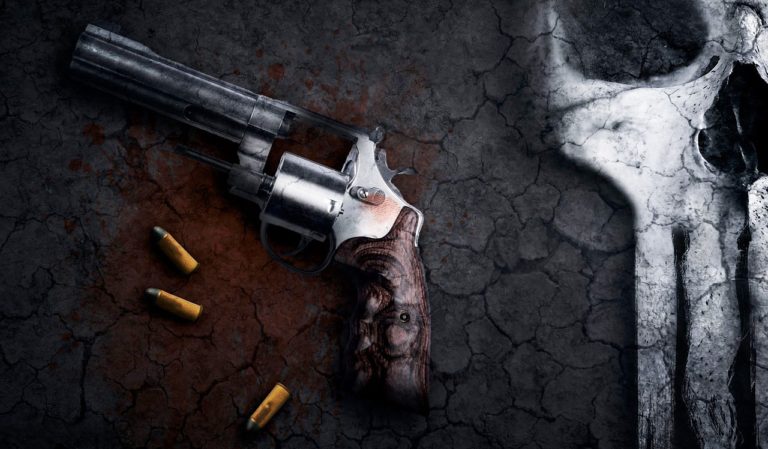 Like Mafia and Organized Crime Novels? Or feel nostalgic about The Godfather and other mob stories? Well, what comes next is our hand-picked list of top 10 modern mafia novels from American and International authors. We hope you enjoy this selection.

For more information on each book, you can click on the image for each title to go to Amazon page for the book.

: More than thirty years ago, a classic was born. A searing novel of the Mafia underworld, The Godfather introduced readers to the first family of American crime fiction, the Corleones, and the powerful legacy of tradition, blood, and honor that was passed on from father to son. With its themes of the seduction of power, the pitfalls of greed, and family allegiance, it resonated with millions of readers across the world—and became the definitive novel of the virile, violent subculture that remains steeped in intrigue, in controversy, and in our collective consciousness.

The Firm: A Novel

When Mitch McDeere signed on with Bendini, Lambert & Locke of Memphis, he thought that he and his beautiful wife, Abby, were on their way. The firm leased him a BMW, paid off his school loans, arranged a mortgage, and hired the McDeeres a decorator. Mitch should have remembered what his brother Ray–doing fifteen years in a Tennessee jail–already knew: You never get nothing for nothing. Now the FBI has the lowdown on Mitch’s firm and needs his help. Mitch is caught between a rock and a hard place, with no choice–if he wants to live.

: In her shoot-from-the-hip memoir, Police Woman, bestselling crime novelist Dorothy Uhnak blew the lid off the NYPD, recounting her decade as one of New York City’s first female detectives.

The son of an Irish father and an Italian mother, Nick O’Hara has always been a good cop in a tough family situation–doing his best to avoid the influence of Nicholas Ventura, his Mafia don grandfather. But when Nick makes the mistake of sending his son Peter to a Little Italy street fair with the boy’s underboss cousin, the unthinkable happens. Peter is ruthlessly gunned down in an alley–the innocent victim of a mob shootout. Nick knows who did it, but his hands are tied. And at the worst possible time, his wife abandons him, leaving Nick with nothing left to lose. Consumed by sorrow and rage, he begins his downward spiral–a twisting path that will lead him and everyone he cares about shattered and broken. Now, in Nick’s dark world, vengeance is the only road to salvation.

: Banished NYPD cop Eddie Dunne’s daughter has been kidnapped by the Russian Mob for something he’s done. But the cops and the feds give him no help. Now he must find out which of his misdeeds will lead him to his daughter–or to his death.

: Undercover cop Alex Vaughn goes deeper than ever into the organized crime family of Buffalo, NY. Motivated by justice and revenge, he seeks out the assassin that laid his friend Jack low. Professional killer Rafael Rontego traverses the deadly politics of Buffalo’s mafia underbelly. In a city whose winter can be just as deadly as those wielding power, Rontego tries to stay ahead of the game. Their two worlds collide in this epic thriller that takes the reader on a search for self, justice, and truth.

: Vincent Majestyk saw too much death in the jungles of Southeast Asia. All he wants to do now is farm his melons and forget. But peace can be an elusive commodity, even in the Arizona hinterlands — and especially when the local mob is calling all the shots. And one quiet, proud man’s refusal to be strong-armed by a powerful hood is about to start a violent chain reaction that will leave Mr. Majestyk ruined, in shackles, and without a friend in the world — except for one tough and beautiful woman. But his tormentors never realized something about their mark: this is not his first war. Vince Majestyk knows more than they’ll ever know about survival and everything about revenge.

: First in a series of Emile Cinq-Mars novels, “City of Ice” portrays Montreal as a schizoid landscape, delineated by language, the playground of Russian criminals and American spies and a tough place for a policeman.

God’s Mafia: A Roman Catholic priest, a Presbyterian minister, and a wealthy Jewish businessman have created “The Ecumenical Society” to help rehabilitate ex-convicts. In exchange for a job and financial assistance, the Society requires ex-convicts to cough up 7. 5% of their wages. According to the multi-faith founders, it is the wrongdoers’ “moral obligation” to pay the piper. With 6000 members, the Society now has over 20 million dollars in profits. However, three of the ex-cons have been convicted for dealing narcotics and have agreed to testify against the Society in exchange for reduced sentences. The priest and the minister are arrested and indicted for racketeering by a brilliant prosecutor who is unaware that the woman he loves is the minister’s daughter.

Shantaram: A story set in the underworld of contemporary Bombay. Shantaram is narrated by Lin, an escaped convict with a false passport who flees maximum security prison in Australia for the teeming streets of a city where he can disappear. Accompanied by his guide and faithful friend, Prabaker, the two enter Bombay’s hidden society of beggars and gangsters, prostitutes and holy men, soldiers and actors, and Indians and exiles from other countries, who seek in this remarkable place what they cannot find elsewhere.

As a hunted man without a home, family, or identity, Lin searches for love and meaning while running a clinic in one of the city’s poorest slums, and serving his apprenticeship in the dark arts of the Bombay mafia. The search leads him to war, prison torture, murder, and a series of enigmatic and bloody betrayals. The keys to unlock the mysteries and intrigues that bind Lin are held by two people.

The first is Khader Khan: mafia godfather, criminal-philosopher-saint, and mentor to Lin in the underworld of the Golden City.

The second is Karla: elusive, dangerous, and beautiful, whose passions are driven by secrets that torment her and yet give her a terrible power. Burning slums and five-star hotels, romantic love and prison agonies, criminal wars and Bollywood films, spiritual gurus and mujaheddin guerrillas—this huge novel has the world of human experience in its reach, and a passionate love for India at its heart. Based on the life of the author, it is by any measure the debut of an extraordinary voice in literature.

: West Belfast, Northern Ireland, 1981. Tensions between Catholics and Protestants have never been higher. The IRA Hunger Strikes are in full swing, and violence continues to spread in Belfast. While working in their parents’ grocery store, two young Catholic twins, Vincent and Michael Logan, witness their father’s brutal murder by British commandos. This horrific crime sends the twins on radically opposing paths. As they reach adulthood, Vincent embarks on a journey for justice and becomes a cop. Michael, still simmering over his father’s murder, is out for revenge and soon becomes the IRA’s most feared assassin. When Michael discovers that his father’s killer has just become the most powerful man in Europe, he plots his revenge. But there’s one man standing in his way, one he used to call brother