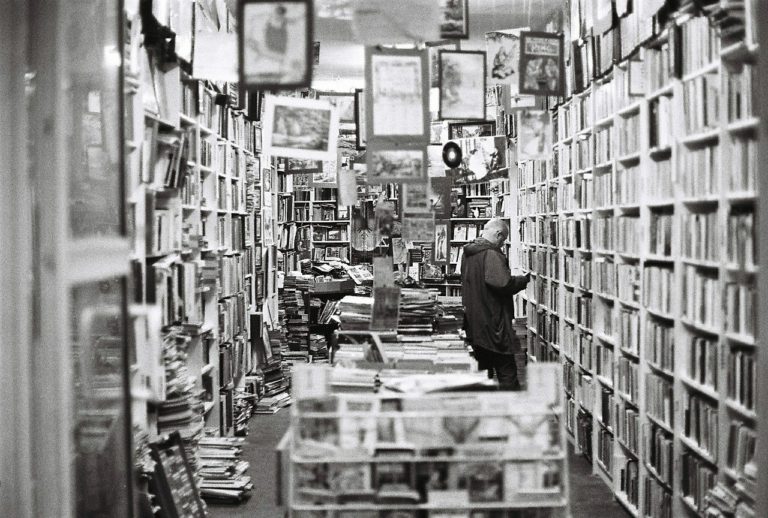 This past week featured a number of new and bestselling mystery and thriller audiobooks which included titles from Tom Clancy franchise, Laurie R. King, and Karen Dionne.

Mike Maden, the new voice in Tom Clancy universe has a new novel out titled Point of Contact (see our review here). The book is action-packed, fast-paced and features another great addition to Jack Ryan Jr. series. In this new installment, former U.S. Senator Weston Rhodes is a defense contractor with an urgent problem. His company needs someone to look over the books of Dalfan Technologies, a Singapore company—quickly. He turns to his old friend Gerry Hendley for help. Hendley Associates is one of the best financial analysis firms in the country and the cover for The Campus, a top-secret American intelligence agency.  Rhodes asks for two specific analysts, Jack Ryan Jr., and Paul Brown, a mild-mannered forensic accountant.

Both Ryan and Brown initially resist, for different reasons. On the long flight over, Ryan worries he’s being sidelined from the next Campus operation in America’s war on terror. Brown—who was never very good with people—only worries about the numbers, and finding a good cup of tea.

Brown has no idea Jack works for The Campus but the awkward accountant is hiding secrets of his own. Rhodes has tasked him with uploading a cyberwarfare program into the highly secure Dalfan Technologies mainframe on behalf of the CIA.

On the verge of mission success, Brown discovers a game within the game, and the people who now want to kill him are as deadly as the cyclone bearing down on the island nation.  Together Ryan and Brown race to escape both the murderous storm and a team of trained assassins in order to prevent a global catastrophe, even at the cost of their own lives.

Karen Robards has started a new series and the first book is titled The Ultimatum. The plot is extremely intriguing and features a strong female lead.

Growing up, Bianca St. Ives knew she was different from all her friends. Instead of playing hopscotch or combing her dolls’ hair, she studied martial arts with sensei masters and dismantled explosives with special-ops retirees. Her father prepped her well to carry on the family business. Now a striking beauty with fierce skills, the prodigy has surpassed the master.

She’s known as the Guardian. Running a multinational firm with her father, she makes a living swindling con men out of money they stole—and she’s damn good at it. She does things on her own terms. But her latest gig had a little hiccup—if you count two hundred million dollars and top secret government documents going missing as little. Her father also died on the mission. The thing is, the US government doesn’t believe he’s really dead. They’ll stop at nothing to capture Richard St. Ives, a high-value target and someone who has been on most-wanted lists all over the world for over two decades, and they mean to use Bianca as bait. With only a fellow criminal for backup and her life on the line, it’s up to Bianca to uncover the terrifying truth behind what really happened…and set it right, before it’s too late.

Praised by Lee Child and Karin Slaughter, and sure to thrill fans of The Girl on the Train, The Marsh King’s Daughter by Karen Dionne is a mesmerizing psychological suspense novel. This is the story of a woman who must risk everything to hunt down the dangerous man who shaped her past and threatens to steal her future: her father.

At last, Helena Pelletier has the life she deserves. A loving husband, two beautiful daughters, a business that fills her days. Then she catches an emergency news announcement and realizes she was a fool to think she could ever leave her worst days behind her.

Helena has a secret: she is the product of an abduction. Her mother was kidnapped as a teenager by her father and kept in a remote cabin in the marshlands of Michigan’s Upper Peninsula. No electricity, no heat, no running water, not a single human beyond the three of them. Helena, born two years after the abduction, loved her home in nature—fishing, tracking, hunting. And despite her father’s odd temperament and sometimes brutal behavior, she loved him, too . . . until she learned precisely how savage a person he could be.

More than twenty years later, she has buried her past so soundly that even her husband doesn’t know the truth. But now her father has killed two guards, escaped from prison, and disappeared into the marshland he knows better than anyone else in the world. The police commence a manhunt, but Helena knows they don’t stand a chance. Knows that only one person has the skills to find the survivalist the world calls the Marsh King—because only one person was ever trained by him: his daughter.

General Boris Karpov, head of the feared Russian FSB, is dead. But Karpov has reached out from the grave with an unstoppable cyber operation he conceived before his murder, aimed at the heart of the United States–a way to steal the president’s nuclear launch codes. Who has taken over the operation? Karpov trusted only one man: Jason Bourne. But can Bourne be working against his own country? The U.S. Government is convinced of his treason, and is doing everything in its power to kill him.

Flushed from cover and gravely wounded, Bourne’s only hope is to join forces with his bitterest enemy: a powerful Somali terrorist named Keyre, and his protégée, the Angelmaker. If he hopes to survive, Bourne has no choice but unravel the mystery of Karpov’s last legacy–a weaponized code that may bring about the unthinkable: a violent end to America.

Lockdown by Laurie R. King is a good pick for those readers craving for high dose of suspense. A year ago, Principal Linda McDonald arrived at Guadalupe determined to overturn the school’s reputation for truancy, gang violence, and neglect. One of her initiatives is Career Day—bringing together children, teachers, and community presenters in a celebration of the future. But there are some in attendance who reject McDonald’s bright vision.

A principal with a secret. A husband with a murky past. A cop with too many questions. A kid under pressure to prove himself. A girl struggling to escape a mother’s history. A young basketball player with an affection for guns.

Even the school janitor has a story he dare not reveal.

But no one at the gathering anticipates the shocking turn of events that will transform a day of possibilities into an explosive confrontation.

Lovers of cozy and traditional mysteries will find delight in the new paperback title Death Around the Bend by T E Kinsey which is the third book in Lady Hardcastle Mystery series.

It is September 1909, and Lady Hardcastle and her maid, Florence, have been invited to Lord Riddlethorpe’s country estate for a week of motor racing and parties. They both agree that it sounds like a perfectly charming holiday. But when one of the drivers dies in a crash during the very first race, they discover that what seemed like an uncharacteristic error in judgement may have a more sinister explanation…

Closer investigation reveals that the driver’s car was sabotaged—and the driver murdered. The local constabulary are quick to dismiss the case, but Flo and Lady Hardcastle are determined to find out just who has committed this dastardly act, and why.

As the pair begin to make enquiries of Lord Riddlethorpe’s servants and guests, it seems that, below stairs and above, there is more to this case than meets the eye. And, even in the quiet of the countryside, death is always just around the bend.