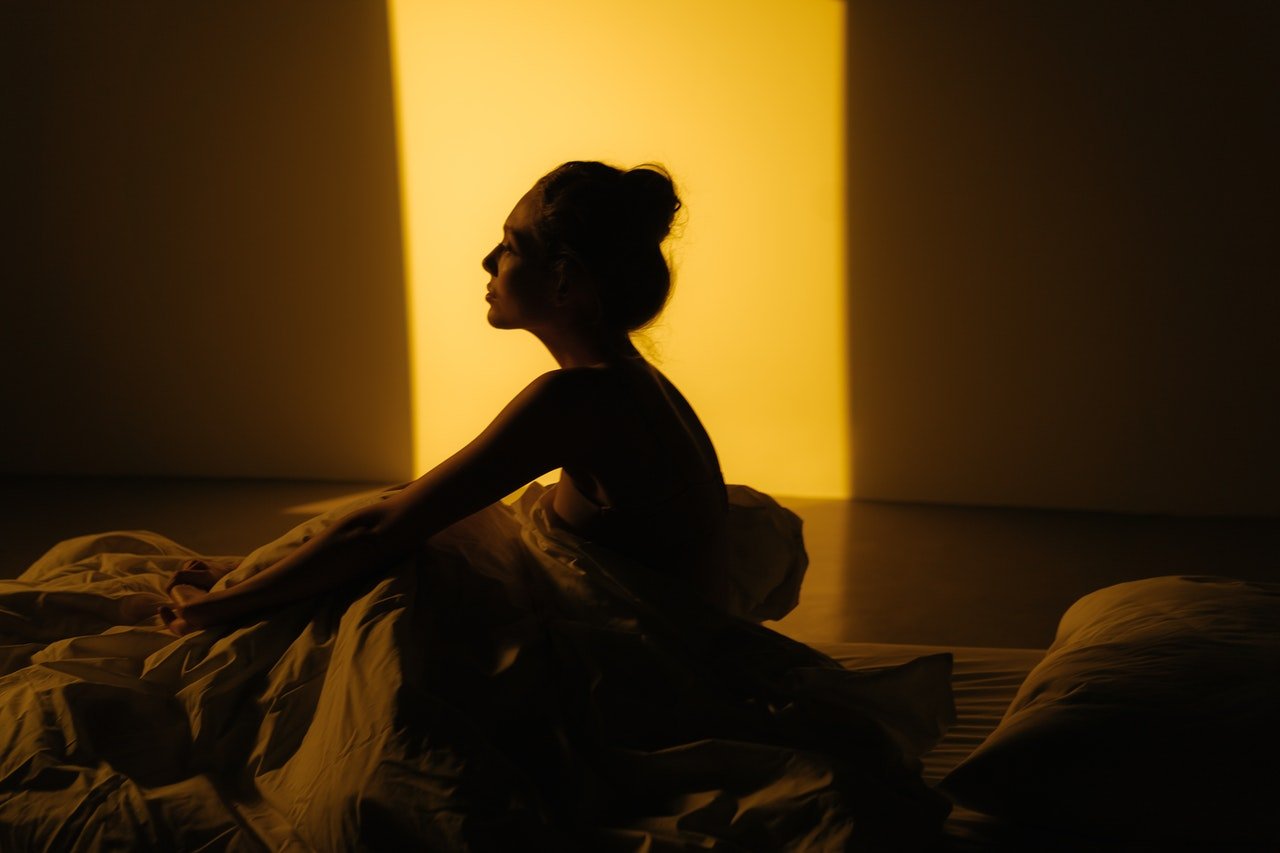 To Die For: Thriller Short Fiction By Balu Swami

Balu Swami, author of To Die For, has published fiction in Ink Pantry, Twist and Twain, and Literary Veganism among others.

Amanda was holding Brad’s hand when he breathed his last. For almost an hour before he died, he kept saying, ‘I don’t want to die’ and sobbed uncontrollably.

Each time, she coaxed him, saying, ‘It’s for your own good, it’s the best way to end your pain and suffering. If you carry it through, you’ll make me proud.’ On a couple of occasions, when he refused to take any more pills, because he was afraid of death, she showed irritation. ‘You promised me you’d do this. If you back out now, I’ll never speak to you.’

Brad was 18 and Amanda was 21 at the time of his death. Abandoned by his dad, abused by his grandfather, Brad had grown up a depressed kid in a dysfunctional family in desperate straits. Amanda came from a wealthy family that had made its fortune in real-estate. He was an ice-cream scooper in a creamery in the tony town where her ivy-league school was located.

Abandoned by his dad, abused by his grandfather, Brad had grown up a depressed kid in a dysfunctional family in desperate straits.

She was attracted to his shy smile and vulnerability and had made all the moves in their slow-developing relationship. Once he started having feelings for her, he attached to her like a leech. Once he fell for her, she became a mean girl. She was alternately kind and cruel. She openly kissed other boys in front of him. When he cried about the hurt she was causing him, she became solicitous and comforted him.

After Brad had stopped breathing, the reality hit her. She called her dad who called the family attorney who, in turn, called the cops and the nation’s top defense attorney. The public prosecutor charged her with involuntary manslaughter. The defense attorney put Brad’s grandfather on the stand who testified how suicidal Brad had always been and even expressed satisfaction that his pain and suffering had finally ended.

There were reports that Amanda’s family had handsomely rewarded him for his testimony. The attorney also brought in psychologists, psychiatrists, euthanasia experts, forensic toxicologists, addiction experts and had the jury so confused that it failed to reach a decision.

A year later, Amanda met Hugo in the library. She immediately fell for his shy smile and vulnerability. Hugo was actually Hernando dubbed “timido asesino (timid killer)” in his native town in Jalisco, Mexico.

He was a sicario (hitman) in the Nueva Familia cartel until one early morning  – a day after his seventeenth birthday – he walked into the drug lord’s mansion killed his boss and everyone else in his family. He fought his way out killing several sleepy guards and surrendered to the local police chief, his uncle “sin miedo (fearless)” Salvador. In the court, Hernando sat with a shy smile on his face and, hence, the sobriquet, “timido asesino.”

When security for the timid killer became practically impossible, his uncle arranged for him to be smuggled into the United States where Hernando became Hugo and the timid killer became a bookish dweeb. Following his uncle’s advice, he stayed away from the Hispanic community where ever he went in the US which forced him to learn English in a hurry.  In a remote area close to the Canadian border, he had found work as a farm hand in the local pastor’s ranch.

He lived in a shack on the farm that had a bed and a stove and nothing else. Hugo wanted a TV by his bed but the pastor told him TV was forbidden on his property and there was none in his house either. Instead, the pastor gave him a bunch of religious books to read. The books helped Hugo build a good enough vocabulary, but no TV meant he was cut off from the happenings in the outside world during his stay on the farm.

Since the books were religious, his vocabulary included words like catechism and armageddon and messianic and salvation. He sprinkled these words in odd places in odd sentences he wrote in a notebook in an effort to self-educate. Impressed, the pastor’s wife home-schooled him along with the town’s other kids that were half his age. Once he felt Anglo enough, Hugo left the ranch and found work in warehouses and bars, retail stores and restaurants.

He signed up for online courses offered free by top universities including ivy-league schools. That’s how he ended up in the library in the college Amanda went to.

Hugo couldn’t believe his luck. This was his American dream come true. La nina fresa, this preppy strawberry girl, was head over heels in love with him.

All she wanted to do was have sex – between the book stacks in the library, under the stairwell, in the copier room, and, of course, in her bed in the high-ceilinged brownstone house on a leafy boulevard in a swanky neighborhood. When they were not having sex, she was by his side as he walked to his work, as soon as he got off work, when he went grocery shopping, and when he made his meals. She even insisted on being with him when he wanted to pee or take a dump.

At work, the only time when he was not with her, he wondered if it was really him – was Hernando a different person? His memories of gang life were starting to fade really fast. He was amazed at the speed at which he was turning into a guero (whitey) not just in looks but in thoughts as well. He had nothing but disdain for immigrant-looking Hispanics. Latin pop that he used to enjoy now sounded jarring coming from cheap speakers at construction sites. “Hello” took the place of “Hola” and “motherfucker” replaced all the madre insults.

That gringo world came crashing down when Amanda ghosted him not even six months into the relationship. She was with him when he went to work that morning, but when he left work she wasn’t out there waiting for him. He texted, then called and then showed up at her door. There was no answer. Radio silence.

Was there a family emergency, he wondered. Or was she abducted? She hadn’t introduced him to any of her friends which didn’t seem odd to him since he did not have any friends himself. He didn’t want anyone to get to know him or his past. Of course, he couldn’t go to the police; so he suffered in silence.

A week went by. He couldn’t stand the sadness, the slow descent into madness. He quit his job and camped outside her house. Past midnight, a sports car stopped in front of the house and he saw her step out of the car. He started towards her and froze when he saw the driver, a tall, blond guy  emerge from the car and embrace her.

Blood rushed into Hugo’s head as he saw the two lock lips. When they disengaged, she saw Hugo from the corner of her eye. She grabbed the blond guy and tongued him harder all the while looking at Hugo. She then disappeared into the house dragging the blond guy with her.

The next day, she answered his text and agreed to see him at her house that evening. Disheveled, distraught and defeated, he showed up at her door. Teary-eyed, he begged her not to dump him. She led him to the bedroom, laid his head on her bosom and tried to comfort him. She gave him a pill and told him “Take this. It’ll calm you down. You are too agitated.” He said, “I don’t need a pill. I need you.” She said “Take the pill, then we can talk.”

He lifted his head up to take the pill and his spine stiffened. Her eyes had a killer’s intensity! He had been a sicario since he was 12, so he knew a killer when he saw one. He sat straight up and noticed an open purse next to her. He grabbed the bag and dumped the contents on the bed. A number of pills spilled out. He grabbed her by the throat and said, “why don’t you take the pill?” Frightened, she said, “No.” He pulled a knife out of his pocket and stuck it at her throat and said, “Take the pill, bitch!” He forced several pills down her throat. Soon her body went limp.

He made an illegal crossing into Canada and checked into the first motel he could find. He turned on the TV and, sure enough, Amanda was one of the top stories. After Hugo had left, she had regained consciousness and had mustered enough strength to keep banging on the wall. An alert neighbor had called 911 and she had been rushed to the hospital in a comatose state. News reports were calling it a suicide attempt – an unfortunate act to make amends for assisting in a young man’s suicide several years ago.

Lucky break, he thought. Looked like nobody had noticed him enter or leave the house. But he knew, pretty soon, there would be another breaking news about an “Hispanic male.” Now he had a decision to make. Either sneak back into Mexico and face certain death or get arrested in Canada and tried in the US where Amanda’s family money would ensure that he got the maximum sentence possible. He decided to wait for the Canadian police to show up. He felt good about his decision.

If you’ve enjoyed To Die For by Balu Swami, you can visit our free digital archive of flash fiction here. Additionally, premium short fiction published by Mystery Tribune on a quarterly basis is available digitally here.