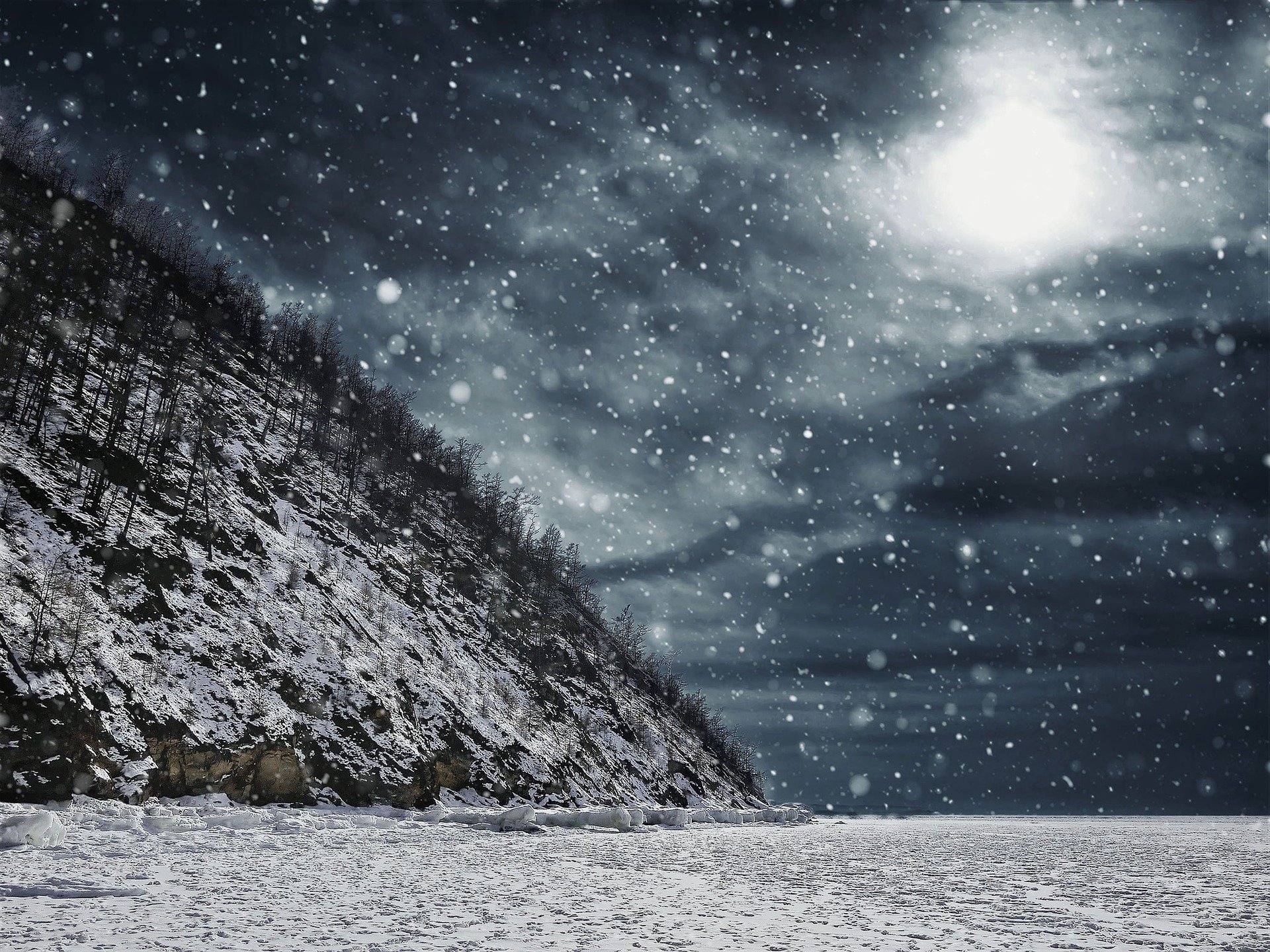 Andrew Bourelle is the author of the novel Heavy Metal and coauthor with James Patterson of Texas Ranger. His short stories, poems, and comics have been published in The Best American Mystery Stories, Cold Mountain Review, Mystery Tribune, Florida Review, Prime Number Magazine, Whitefish Review, and other journals and anthologies.

Jason was almost to the tree line when the first bullet hit him.

He felt a sharp sting followed by a burning pain. The echo of the rifle report rolled around him, and he stumbled in the deep snow. His knapsack went flying. He crashed face first into the white and sank into its depths. Jason’s back felt as if someone was extinguishing a cattle brand on his ribcage.

He lay prone, realizing that the snow might be deep enough to give him cover. He’d given them an easy target, running across the moonlit snow-scape, a black silhouette sailing across a sea of white. Now half-buried, he would be harder to see.

He tried to slow his breathing. Each exhalation came out in white bursts. Each inhalation burned. The fiery sensation in his back, along the left side of his ribcage, started to abate. But it was followed by something worse, a throbbing nauseating pain growing inside his chest.

The snow was cold beneath him, but he felt a puddle of warmth spreading underneath his sternum. He risked a glance and rose to his hands and knees, exposing his rounded back. He saw what he expected. Black blood was melting the snow beneath him. Steam rose from the blood in white moonlit tendrils. There was a hole in the front of his coat where the bullet had punched through.

He coughed and more blood came up. He wiped his hands over his mouth and looked at the blood.

“Damn,” he whispered, and with the word, he noticed for the first time that his mouth was full of blood.

He rolled onto his back in the snow. His heart had been pounding from running, and now he willed it to slow down. It wouldn’t. It pumped in big, powerful bursts, keeping an irregular beat, a jazz band with no sense of rhythm.

He coughed and more blood came up. He wiped his hands over his mouth and looked at the blood. Hidden in the dark liquid were tiny slivers of white.

He’d shot enough deer to know what this meant: lung-shot.

A numbness seemed to be overtaking him, replacing the pain like a soothing anesthetic. The sky was filled with a thousand stars. He heard the crunch of footsteps. Two sets.

Deer could run a couple hundred yards with a hole in their lungs. But the running only sped up their dying. He might make it to the trees, but he didn’t think he could live much longer after that.

He craned his neck, looking for his pack, thinking of the skinning knife he kept in there. It didn’t matter; he’d taken it out yesterday to carve some meat and never put it back. When he’d heard the truck coming up the drive, he’d grabbed his knapsack and run out the back, forgetting his knife wasn’t even inside.

Jason couldn’t run, and he had no weapons to fight them when they got here.

He was a dead man.

The two men came into view. One held the rifle at his hip, aiming it at Jason. The other leaned over and picked up the knapsack. He unzipped it and dumped the contents out onto the snow. He knelt and picked through objects. A flashlight. A first-aid kit. The sieve Jason and Shelby used down at the creek. An extra pair of socks.

The man stood over Jason. Jason had never seen him before, but he knew who he was. Carson James. He had a white mustache and wore a big cowboy hat over his salt-and-pepper hair. The other man was younger, probably Jason’s age, with a cold indifference behind his eyes. The suitor.

“You’re the one who’s been squatting on my land,” Carson said.

“You have enough,” Jason said, his voice thick with blood. “I didn’t think you’d notice.”

It was true. Carson James hadn’t noticed—his daughter had.

“Who are you?” Carson said.

Jason didn’t answer. What could he say? He was a nobody. Just some drifter who never felt at home in the world until he happened upon an old hunting cabin in the Colorado mountains.

Jason tried to sit up. A metal hand squeezed his lung. He propped himself on his elbows; that was as far as he could make it.

“Tell me, you son of a bitch,” Carson said, unzipping his coat to reveal a semi-automatic pistol in a shoulder holster. His voice trembled. “If she’s okay, we’ll call and get you medical attention. You have my word.”

Jason coughed blood and smiled. “Well, that’s a problem then.”

“She ain’t okay,” Jason said. He nodded toward the cabin. “Inside there, you’ll find a sharp skinning knife. The blood on the blade is hers. You have my word on that.”

The father took a sharp breath. He yanked his gun out of the holster and pointed it at Jason. His arm shook. “Burn in hell!”

“Tell me, you son of a bitch,” Carson said, unzipping his coat to reveal a semi-automatic pistol in a shoulder holster…

The second bullet slammed into Jason’s jaw like a hammer and knocked him back into the snow. He felt teeth swimming around in the bloody pond of his mouth. He tried to breathe through his nose and inhaled gun-smoke.

Carson pressed the hot barrel of the gun against Jason’s forehead. Jason tried to smile, but with his shattered jaw, there was no telling what it looked like. He knew the man would interpret the horrific grin as proof of Jason’s psychosis. Evidence that this lunatic could cut up his little girl, bury her bones somewhere in the woods.

But Jason was smiling because he knew she was safe.

She would be heartbroken when he didn’t meet her at the bus station. But she had a new driver’s license, passport, and zip-lock baggie full of gold pebbles—everything she needed to start a new life. One where her old man couldn’t get to her.

She was free from her prison.

And with the third bullet, Jason would be free from his.