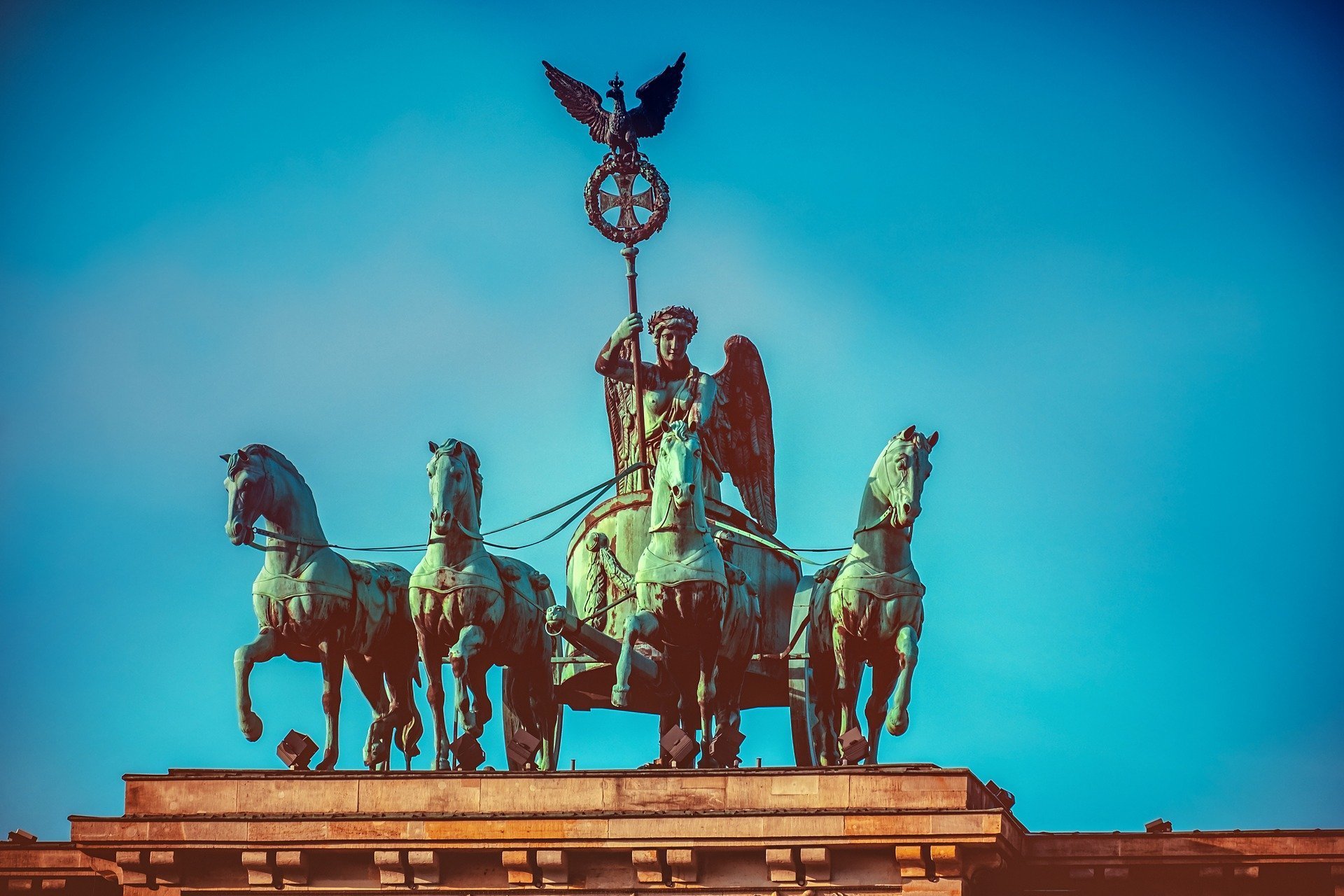 Peter Steiner, author of The Good Cop, is perhaps best known for helping to capture the zeitgeist of the early 1990s with his famed pen-and-ink artwork of two dogs at a desk, one of them sitting before a computer screen, with the caption “On the Internet, nobody knows you’re a dog,” which went on to become the most reproduced cartoon in New Yorker history. Now Peter turns his hand to a new novel that once again examines the zeitgeist of our times, asking: How do you uphold the law when the law goes bad?

His new thriller novel The Good Cop begins in Munich, 1920. The First World War has been lost and Germany is in turmoil. The police and courts are corrupt. Fascists and Communists are fighting in the streets. People want a savior, someone who can make Germany great again.

To many, Adolf Hitler seems perfect for the job. When the offices of a Munich newspaper are bombed, Detective Willi Geismeier investigates, but as it gets political, he is taken off the case. Willi continues to ask questions, but when his pursuit of the truth itself becomes a crime, his career – and his life – are in grave danger.

What follows is an excerpt from the book provided to Mystery Tribune by Severn House Publishers.

‘Damn it, Czieslow, I’m amazed I have to bring this up yet again.’

‘I understand your concern, Herr von Plottwietz. But we’re a newspaper, and Sophie Auerbach is a journalist. Her job– our job – is to report …’

‘Her job, Czieslow, and your job, is what I say it is. You seem not to have noticed the times we live in. They don’t call for journalism. What the hell is journalism, anyway? Some elite version of things, some shitty pretense at objectivity.

‘The times call for leadership; they call for action. The old idea of newspapering is dead. Look at the Münchener Post or the Morgenzeitung or any of the other old papers. Nobody wants that Socialist claptrap any more. They’re good for lining birdcages, that’s all. We need action newspapers and that’s what Das Neue Deutsche Bild is going to be: an action paper.’

Von Plottwietz stood up to go, and Erwin stood too. The publisher leaned across the desk and shook his finger in Erwin’s face. His own face was now red with anger. ‘Here’s the long and short of it, Czieslow. Your little Miss Auerbach has one more chance to toe the line – my line – or she’s gone. I don’t give a shit how good a journalist she is. Is that clear?’

‘And get rid of those damn pictures too. What is that shit doing in my paper? Just so there’s no mistaking what I’m telling you, Czieslow, your neck is on the line. This is my paper, and, goddamn it, it’s going to be the paper I want it to be. Or you’re all out on the street, the whole sorry bunch of you.’

Von Plottwietz stormed through the newsroom. He stopped by the door, picked up a copy of the latest paper, and looked at it in disgust. ‘Jesus Christ!’ he said and flung it across the room. It came apart in the air and fluttered to the ground in pieces.

Maximilian was told the next morning that he would no longer be working for Das Neue Deutsche Bild. ‘It’s von Plottwietz’s call,’ said Erwin. ‘I’m sorry. Your work is good, Maximilian. Something else will come along. I’m sure of it.’

‘Thanks for saying that,’ said Maximilian.

In fact, something else already had. The week before he had been approached by an editor at the Münchener Post who had seen his drawings in Das Neue Deutsche Bild. The Post would pay double what Erwin had been paying him.

‘That’s wonderful,’ said Sophie. She could see he wasn’t sure. ‘Take it,’ she said.

‘I like it too,’ she said. ‘But don’t let that get in the way. Your drawings are wonderful. More people should see them. And they will when they’re in the Post.’

‘I don’t know if I like the idea of more people seeing my drawings.’

‘Just thinking ahead. What’s to come.’

‘Don’t think ahead,’ she said. ‘We’ll find out what’s coming soon enough. Take the job.’ He hesitated still. But von Plottwietz had made the decision for him.

Von Plottwietz had been leaned on by Party members objecting to Sophie’s stories. Despite her claims to be ‘just reporting the facts’, she had described their rallies as ‘disorderly’ and described Hitler as a ‘fanatic nationalist’. She had quoted other politicians critical of his economic ideas and his anti-Semitism. ‘Those are the facts,’ she said.

‘There have been threats against you, against me, and against the paper,’ said Erwin.

Sophie agreed to allow Erwin to go through the story she was working on. He began crossing out words and phrases. ‘Not unruly – an unruly crowd. Say enthusiastic. An enthusiastic audience.’

‘So throwing bottles, beating up people is enthusiastic?’ This was the last thing Erwin heard her say before the office erupted in a ball of fire.

To read our archive of mystery and thriller book excerpts, please go here.