Michael Niemann grew up in a small town in Germany, ten kilometers from the Dutch border. Crossing that border often at a young age sparked in him a curiosity about the larger world. He studied political science at the Rheinische Friedrich-Wilhelms Universität in Bonn and international studies at the University of Denver.

His first fiction publication was the story “Africa Always Needs Guns,” which appeared in the 2012 Mystery Writers of America anthology “Vengeance,” edited by Lee Child. Since then, Valentin Vermeulen has appeared in three novels, “Legitimate Business,” “Illicit Trade,” and “Illegal Holdings,” as well, as two stories, “Big Dreams Cost Too Much” and “Some Kind of Justice.”

What follows is an excerpt from No Right Way, Mr. Niemann’s new Valentin Vermeulen Thriller.

Getting rid of the woman’s body turned out to be harder than Yesim Yaser had expected. It wasn’t the size. She could have carried it on her own. It was a question of finding the right spot. She’d told her brother to drive to the edge of the vineyard, hoping they could dump it there between the grapevines. But, seeing how the road was closer than they remembered, she hesitated. Any car driving by the next morning would see the body. And the refugees picking grapes, they’d recognize her too.

Her brother, the driver, stopped the car. Its headlights illuminating the scene. Half a row of grapevines had been cleared away and the dirt was churned already. A couple of shovels still lay on the ground. She told the young guy, Korun, to do the digging. He was none too happy about it, mumbling something about always ending up with the shit jobs.

She ignored him. She was in charge and her brother thought manual labor was beneath him. The young guy grabbed a shovel. It shouldn’t take very long. The body was small and emaciated.

The first strike into the dirt ended with a premature thud. Not a rock. Something woody. Korun kicked away the dirt. A root. He moved a couple of feet and gave it another shot. Same result. After the third try he stopped. Whoever had removed the grapevines had just hacked the trunks off and left the roots in the dirt, figuring there was no reason to do all that hard work since they’d plant new seedlings and could let the old roots rot. That didn’t help Korun. The roots formed a subterranean web. He needed an axe instead of a shovel.

Her brother said something about using the backhoe they’d seen parked on the other end of the vineyard. Typical. Anything with a motor and he was on it. Yaser told him to stay put. Driving the backhoe here and digging a hole would make a big racket and wake up the refugees in their tents. Korun leaned on the shovel and watched them argue.

The woman had struggled as he suffocated her, but it was nothing Korun couldn’t handle. Even if she’d been at her prime, she wouldn’t have stood a chance against the three of them. As it was, it only took Korun to finish the job. That’s how weak she was, picking grapes every day and not getting a whole lot to eat.

They drove toward the border. An easy drive, a little less than five miles. The distance wasn’t the issue. It was the fighting on the Syrian side.

She must have been pretty once. Back when she lived in Aleppo and did whatever women like her did in Aleppo. But those days were long gone. She’d looked gaunt when they grabbed her at the store. Her eyes were dull with resignation and fear, like those of the other refugees.

Yaser made a decision. It didn’t involve a backhoe or digging a hole, which improved Korun’s mood. They got back in the car, her brother behind the steering wheel, his usual spot, Yaser in the passenger seat. The young guy sat in the back next to the dead woman. They drove toward the border. An easy drive, a little less than five miles. The distance wasn’t the issue. It was the fighting on the Syrian side. Plenty of stray bullets landed in Turkey. Especially at night, when all kinds of patrols were afoot.

A mile before the border crossing, they turned east onto a dirt road. Her brother switched off the headlights. Which meant he hit every pothole. Even in a Mercedes, the bumpy ride tossed the dead body against Korun. She turned around. In the light from the dashboard, she saw him making a face. Strange. He had no compunction killing her, but he couldn’t stand sitting next to a corpse.

The car reached a narrow, tarred road and they turned south again. They were close to the border now. The shadows of olive trees looming to their left. The border lay just beyond them. They stopped. Yaser told Korun to carry the woman across the border and drop her.

Her brother switched off the headlights. Which meant he hit every pothole. Even in a Mercedes, the bumpy ride tossed the dead body against Korun.

Another dead refugee. Not a Turkish concern. Korun wasn’t so sure about that, saying that those stray bullets scared him. She told him not to get hit. He shrugged, pulled the dead woman from the car, took her by the wrists and dragged her past the olive trees.

He’d passed three rows when the tak-tak-tak of an AK-47 surprised them. She saw him dropping to the ground. She slid down on her seat. Her brother did the same. At least the Mercedes had enough steel in it to offer some protection.

Korun disappeared from view. She was tempted to turn on the headlights to see where he was headed, but she didn’t. It’d only make them a target. The hellish firefight that broke out in the distance confirmed her assessment.

Next thing she knew, Korun was back in the car. She asked him if he’d brought the body across to Syria. He said yes. She had her doubts. He came back too soon. But she wasn’t going to check on it. Not with that fighting going on. With any luck, jackals would find the body and get rid of the evidence.

They drove back to Kilis. Yaser had a sense of accomplishment. The dead woman had been a threat. They had eliminated the threat. The only worry was the car they encountered right when they turned back onto the highway. She didn’t want any witnesses. But she couldn’t do anything about it. The other car stopped and its driver motioned out of the window for them to stop.

Yaser told her brother to step on it. As they sped away, Korun watched the car through the rear window. He said that it was doing a one-eighty. Her brother sped up more. The other car’s lights faded away. Nothing to worry about. 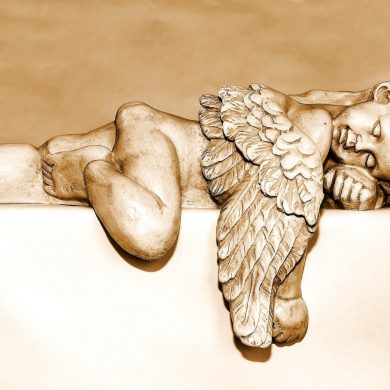 So Many Thieves: Traditional Mystery Flash Fiction By Paul Kindlon