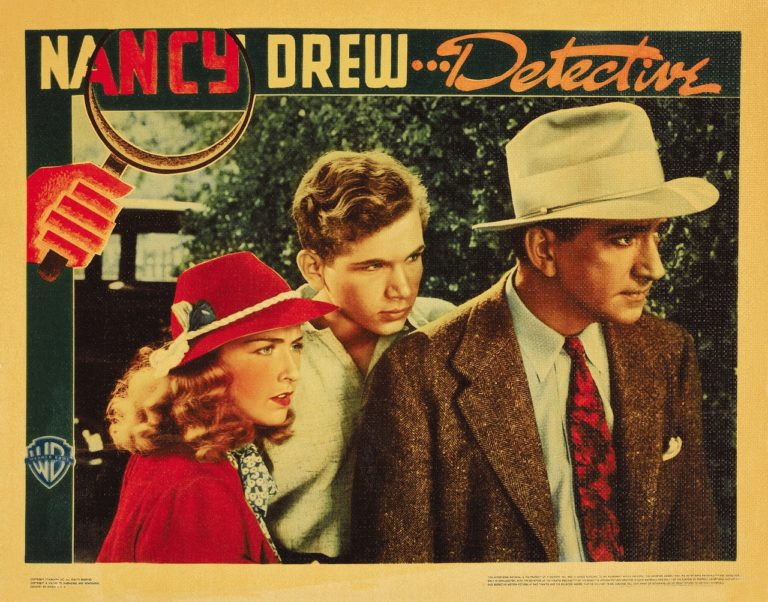 It’s fair to say that no review of classic detective series, especially the ones developed for young adults and juvenile audience, won’t be complete without a close look at Nancy Drew. The Nancy Drew Mystery Stories is the long-running “main” Nancy Drew series, published between 1930 and 2003, under the pen name Carolyn Keene.

A cultural icon, Nancy Drew is cited as a formative influence by a number of women, from Supreme Court Justices Sandra Day O’Connor and Sonia Sotomayor to former Secretary of State Hillary Clinton and former First Lady Laura Bush.

Nancy Drew’s creator, Edward L. Stratemeyer, is one of the most prolific and successful mystery writers of all time by any standard. Producing in excess of 1,300 books himself, his books have sold in excess of 500 million copies to this day. Apart from Nancy Drew, he is also responsible for creation of many well-known juvenile series including  The Rover Boys, The Bobbsey Twins and The Hardy Boys.

On Stratemeyer’s legacy, Fortune magazine wrote: “As oil had its Rockefeller, literature had its Stratemeyer.”

Editors preferred “Nan Drew” of these options, but decided to lengthen “Nan” to “Nancy”. Stratemeyer accordingly began writing plot outlines and hired Mildred Wirt, later Mildred Wirt Benson, to ghostwrite the first volumes in the series under the pseudonym Carolyn Keene. Subsequent titles have been written by a number of different ghostwriters, all under the pseudonym Carolyn Keene.

Who Is Nancy Drew?

As a child, she loses her mother. Her loss is reflected in her early independence—running a household since the age of ten with a clear-cut servant in early series and deferring to the servant as a surrogate parent in later ones. As a teenager, she spends her time solving mysteries, some of which she stumbles upon and some of which begin as cases of her father’s. Nancy is often assisted in solving mysteries by her two closest friends: cousins Bess Marvin and George Fayne. Bess is delicate and feminine, while George is a tomboy. 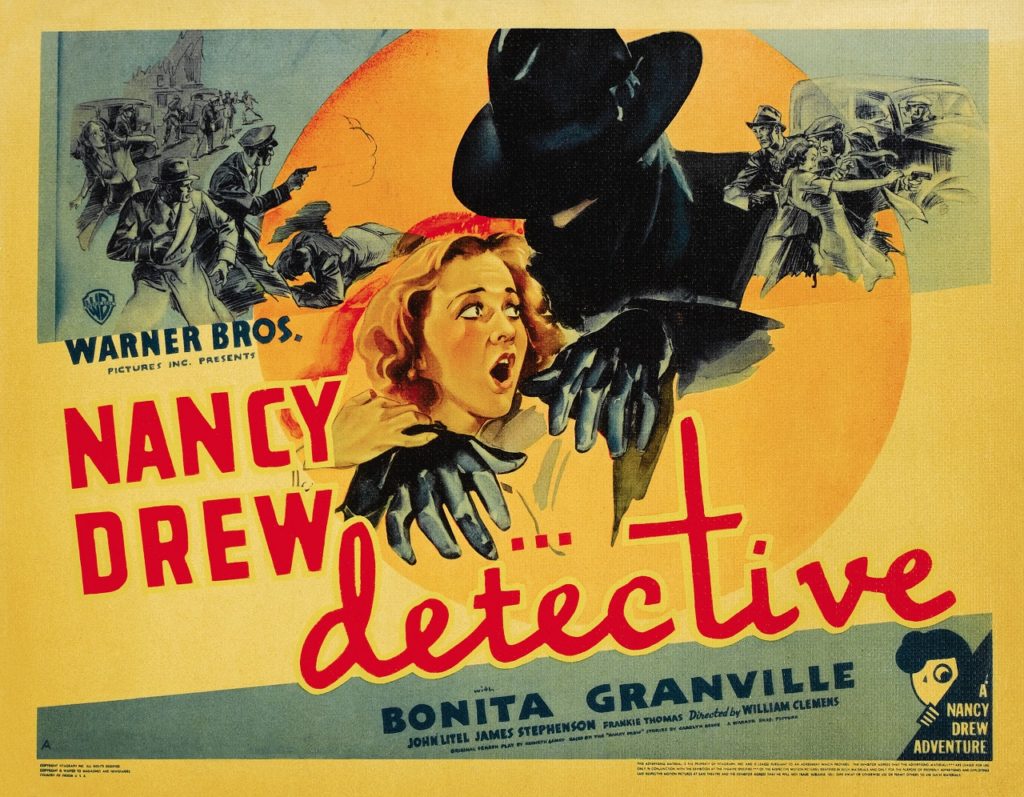 In the early years, Nancy Drew is depicted as an independent-minded 16-year-old who has already completed her high school education (16 was the minimum age for graduation at the time); the series also occurs over time, as she is 18 by the early 1940s.

Apparently affluent (her father is a successful lawyer), she maintains an active social, volunteer, and sleuthing schedule, as well as participating in athletics and the arts, but is never shown as working for a living or acquiring job skills. Nancy is affected neither by the Great Depression—although many of the characters in her early cases need assistance as they are poverty-stricken—nor by World War II.

Nancy lives with her lawyer father, Carson Drew, and their housekeeper, Mrs. Hannah Gruen. Some critics prefer the Nancy of these volumes, largely written by Mildred Benson. Benson is credited with “[breathing] … a feisty spirit into Nancy’s character.” The original Nancy Drew is sometimes claimed “to be a lot like [Benson] herself – confident, competent, and totally independent, quite unlike the cardboard character that [Edward] Stratemeyer had outlined.”

This original Nancy is frequently outspoken and authoritative, so much so that Edward Stratemeyer told Benson that the character was “much too flip, and would never be well received.” This was something that the editors at Grosset & Dunlap, the publisher of the series, disagreed with.

The Nancy Drew books were revised beginning in 1959, both to make the books more modern and to eliminate racist stereotypes. For example, in the original version of The Hidden Window Mystery (1956), Nancy visits friends in the south whose African-American servant, “lovable old Beulah … serves squabs, sweet potatoes, corn pudding, piping hot biscuits, and strawberry shortcake.” The mistress of the house waits until Beulah has left the room and then says to Nancy, “I try to make things easier for Beulah but she insists on cooking and serving everything the old-fashioned way. I must confess, though, that I love it.” In the revised 1975 version, Beulah is changed to Anna, a “plump, smiling housekeeper”.

In the 1980s and subsequent decades, Nancy Drew books continued to have the characters solve mysteries in the present day, while still containing the same basic formula and style of the books during the original series’ period.

In 1985, the publisher Simon & Schuster decided to launch a spin-off series, that focused on more mature mysteries, and incorporated romance into the stories. So after two pilot titles, in 1986, the company launched the first Nancy Drew spin-off called The Nancy Drew Files. The new series earned mixed reviews among the fans.

In 1995, Nancy Drew finally goes to college in the Nancy Drew on Campus series. These books read more similar to soap opera books, such as the Sweet Valley High series. The On Campus books focus more on romance plots, and also centered around other characters; the mysteries were merely used as subplots.

In 2003, publishers Simon & Schuster decided to end the original Nancy Drew series and feature Nancy’s character in a new mystery series, Girl Detective. The Nancy Drew of the Girl Detective series drives a hybrid car, uses a mobile phone, and recounts her mysteries in the first person. Many applaud these changes, arguing that Nancy has not really changed at all other than learning to use a cell phone. Others praise the series as more realistic.

The character is also the heroine of a series of graphic novels, begun in 2005 and produced by Papercutz. The graphic novels are written by Stefan Petrucha and illustrated in manga-style artwork by Sho Murase. The character’s graphic novel incarnation has been described as “a fun, sassy, modern-day teen who is still hot on the heels of criminals.”

In 2008, the Girl Detective series was re-branded into trilogies and to have a model on the cover. These mysteries became deeper, with the mystery often spread across three books, and multiple culprits. These trilogies were also met with negative fan reception due to Nancy’s constant mistakes, shortness of the books, and lack of action. With the new trilogy format, sales began slipping.

In 2010, Simon & Schuster then cut back from six Nancy Drew books per year, to four books per year. In December 2011, they finally announced that the series was cancelled along with the Hardy Boys Undercover Brothers series.

After sudden cancellation of the Girl Detective series, The Diaries series began in 2013. Though Nancy’s age is not given in the series, she has a boyfriend in college and drives with a nonrestrictive license. 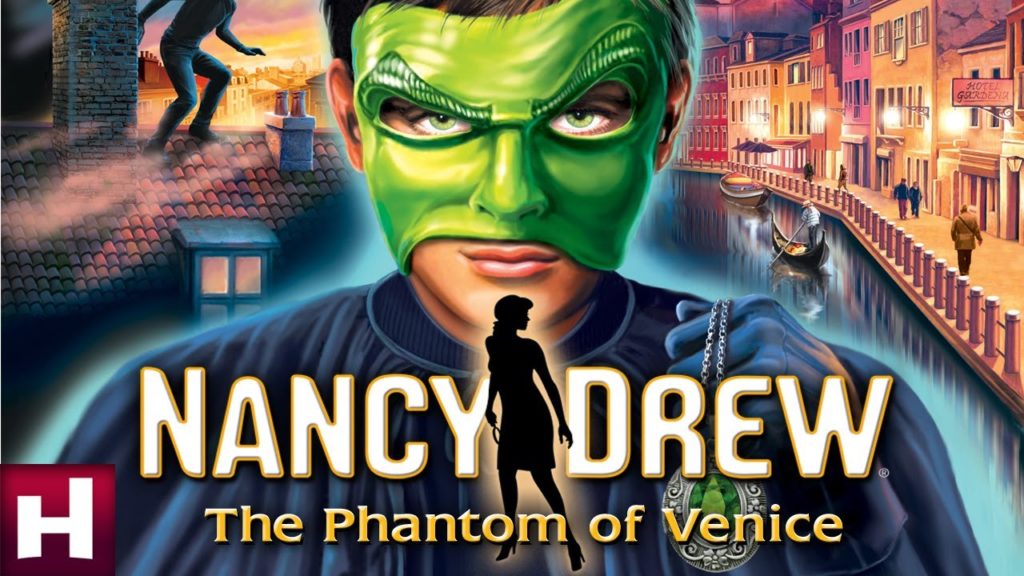 There is an abundance of games associated with Nancy Drew character which are almost entirely developed by Her Interactive, a video game company based in Bellevue, Washington. The company designs, develops and publishes adventure-mystery games, most of which are based on the Nancy Drew franchise.

Some of the most notable games based on the character include Nancy Drew: The Silent Spy, Ghost of Thornton Hall, and Treasure In The Royal Tower.

In The Silent Spy, players are expected to defuse a Toxic Plot and Reveal the Truth Behind Kate Drew’s Death. Nearly a decade ago Agent Kate Drew left home to neutralize a biochemical weapon in Scotland. While her assignment was a success, Kate died in a car accident. Or so we were told. Now the echoes of a similar plot reverberate and it’s up to you, as detective Nancy Drew, to thwart the sleeper cell and expose the truth about your mother’s tragic demise.

Ghost of Thornton Hall has indeed a suspenseful plot: Some Families Keep Deadly Secrets. Jessalyn Thornton’s fateful sleepover at the abandoned Thornton estate was supposed to be a pre wedding celebration, but the fun ended when she disappeared. While her family searches for clues, others refuse to speak about the estate’s dark past. Did something supernatural happen to Jessalyn, or is someone in Thornton Hall holding something besides family secrets.

Treasure In The Royal Tower

A fierce blizzard cuts a ski vacation short and traps the player as Nancy Drew in a castle wrapped in mystery. The castle’s tower once imprisoned Marie Antoite and her treasure is rumored to be somewhere on the grounds. But Nancy’s not the only one looking for riches.  In this peculiar place full of secrets and intrigue mishaps spell danger and more than one suspect wants to freeze Nancy’s investigation in its tracks.

In Nancy Drew… Trouble Shooter (1939), There’s a murder in a small town, local man Matt Brandon is accused, and he has personal friend and reputed attorney Carson Drew as his lawyer. Drew and his plucky teenage daughter, Nancy, head out to see what’s going on.

But the elder Drew isn’t the only one interested in solving the case; young Nancy bands together with her friend Ted Nickerson to see if they themselves can unravel the mystery and save the day.

In Nancy Drew and the Hidden Staircase, also created in 1939, Nancy Drew is determined to rope her boyfriend, Ted, into helping her investigate the strange occurrences that elderly sisters Rosemary and Floretta Turnbull have been experiencing in their Victorian-era house. When the Turnbulls are accused of murder, Nancy must act quickly to save the sisters from jail and discover who’s been breaking into their home.

There was yet another Nancy Drew movie made in 1939 titled Nancy Drew… Reporter. Girl sleuth Nancy Drew is always on the case when a mystery springs up in River Heights. This time, Nancy enters an amateur journalism contest and runs smack into a plot to frame an innocent young woman for murder. With the aid of her long-suffering chum, Ted, and some legal advice from her attorney dad, Nancy nabs an elusive piece of evidence that she hopes will prove the identity of the real killer — and win her the journalism prize to boot.

Nancy Drew was rebooted in 2007 with the title Nancy Drew. Amateur sleuth Nancy Drew (Emma Roberts) accompanies her father (Tate Donovan) on a business trip to Los Angeles and stumbles across evidence in the case of a movie star’s long-unsolved death. The young heroine’s resourcefulness and integrity are put to the test in the glamorous — but sometimes treacherous — world of Hollywood.