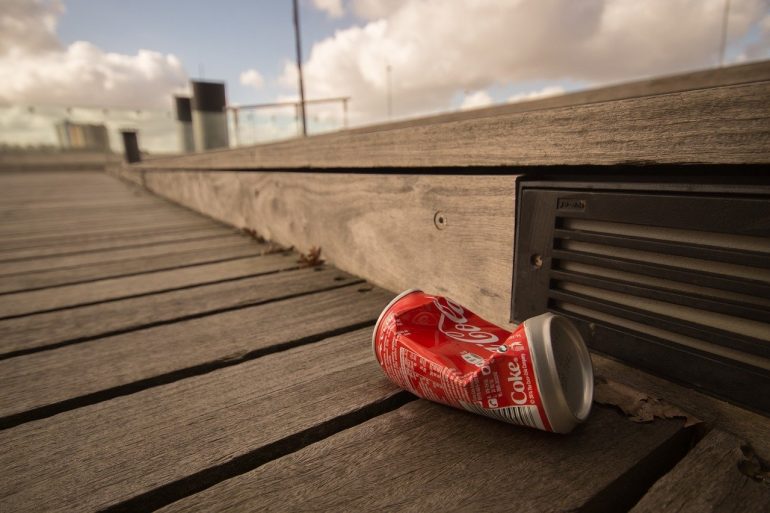 The Sky Beyond the Branches: Crime Flash Fiction By Mike McHone

Mike McHone, author of The Sky Beyond The Branches, has previously published short fiction in Ellery Queen, Mystery Tribune, Mystery Weekly, and the AV Club among others.

When he rounded the corner on his way home from school, he saw the flies swarming about the black garbage bag by the curb in front of his house. He knew what was inside.

Ice crept into stomach. Fire went into his hands, into his head. Dad warned him. He said he’d do it. He promised he’d do it, always threatened to, but those were just words, harsh sounds sharpened down to points with the whetstone of alcohol.

“If you don’t bring those goddamn grades up, I’m throwing ‘em in the trash!”

“If I have to tell you to mow the lawn one more time…!”

“Keep screwing around and see what happens, you little shit!”

Words, only words. Until that day.

Jason took a step and then another. It felt like he was moving through quicksand. He came to the bag, stood over it, looked down on it, imagined the things inside it. He felt the pulse in his throat.

He could smell them inside the bag. What was left of them.

He reached for the bag. And stopped. He pulled his hand back, clenched it, and let it fall to his side and sway there like a suicide.

What did I do?

Dad asked him to mow the lawn yesterday, and he did. He did it all. He did the trimming and everything. His first report card of the year came in the mail on Wednesday. All A’s and B’s. No C’s this time, not like last year in fifth grade. His room was clean. His clothes and video game controllers were put away. What did he do?

Dad asked him to mow the lawn yesterday, and he did. He did it all. He did the trimming and everything.

He looked up at the sky beyond the branches above him and saw no clouds, no birds, and found no answer. It didn’t make sense. Like words falling off a tongue after emptying a bottle. Like a grown man sitting at a dinner table and crying for no reason. Like an angry thing stomping through the house at three in the morning cursing god, the world, and a wife that ran out.

He looked up at the sky beyond the branches above him and saw no clouds, no birds, and found no answer.

He untied the bag and saw there in the black plastic the mangled remains of his pet rabbits among the watermelon rinds, coffee filters, plastic cups, and empty bottles. Little pink eyes stared at him from the redness. Eight legs and eight feet and two tails and four ears laid in odd, indefinable positions. Two rabbits, now a nonsensical pile. “Keep screwing around,” dad told him. “Keep screwing around.”

He told himself not to scream, not to cry, not to faint, not to run. And he didn’t. He listened to himself and obeyed. He stayed there and forced himself to ignore the ice and the fire. Jason Gillian, smoothly, easily, retied the bag, took a step back, and told himself, ordered himself, to go into the house and wash his hands. Supper would be ready in a half hour, he reminded himself, and Dad did not like filthy hands, filthy little boys, filthy again.

The next morning, after breakfast, Jason peeked out of the kitchen window and watched as the garbage truck came to a stop in front of his house. Two men with long hair and tattoos on their arms and hands, bound out of the truck and tossed the four plastic bags into the back of the truck. One of them pressed a yellow button near the brake light and Jason heard the hum of the compactor. It was loud, but somehow relaxing, like the white noise machine mom used to have.

Soon, the men were onto the next house and Jason was almost finished washing the hammer, the hatchet, and the hunting knife in sink. He’d clean them real good and put them back in the toolbox in the garage exactly where he found them, just like dad would’ve told him, and just like Dad would’ve wanted, and just like he wanted. Because that’s what good boys do after all.

If you’ve enjoyed The Sky Beyond The Branches, you can visit our free digital archive of flash fiction here. Additionally, premium short fiction published by Mystery Tribune on a quarterly basis is available digitally here.