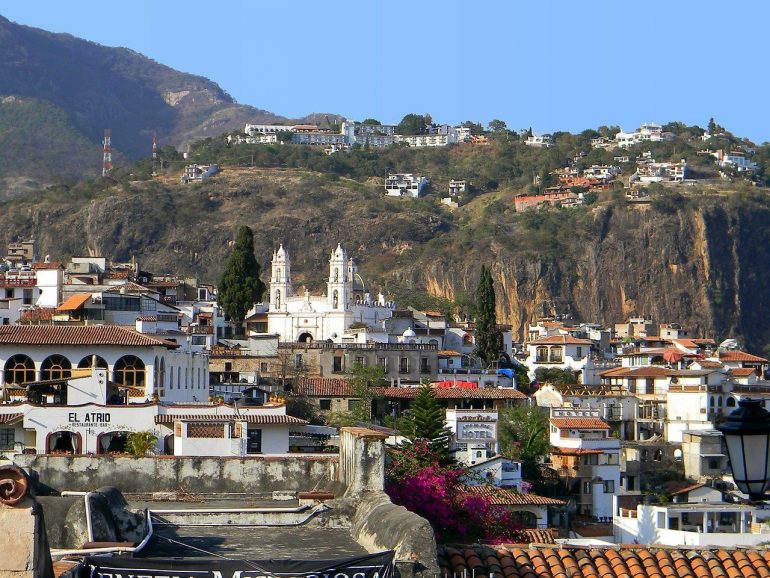 The Man from the North: Suspense Flash Fiction By B.L. Conradis

B.L. Conradis, author of The Man from the North, is a journalist by trade who currently resides in Washington, D.C..  He has previously published short fiction online with Shotgun Honey and Akashic Books.

No one in Santa Luisa knew precisely where he came from, or why he was there. He arrived by bus from somewhere across the border one hot summer afternoon and decided to stay on in the town indefinitely. Some people called him Güero, on account of his fair hair and pale blue eyes. Most people knew him simply as the man from the north.

He took a room above the bar in the town square. On some days he would travel to the nearest city and no one would see him for a week or two at a time. There were whispers that he was on the run from the law; some in town heard he had killed a man.

The only thing they knew for sure was that he had an insatiable appetite—for alcohol, fighting, women.

It was during a festival in the town, about a month after his arrival, that he first laid eyes on her. She was the daughter of a local judge, and the most beautiful girl in all of Santa Luisa. Watching her from a distance, as she danced by herself in front of the local men, he was overcome with a desire to have her at all costs.

For the next several weeks he pursued her relentlessly. Day after day, he waited for her in front of the cafe where she worked. Eventually, after weeks of resistance, she gave in to his advances. And soon, much to her own surprise, she began to fall in love with him.

The whispers in town grew more pronounced. The girl lived with the judge in a large estate on the outskirts of town. But more and more, the townspeople saw her at the bar, or in the window of his room overlooking the town square, until finally she seemed to become a permanent fixture at his side.

For the next several weeks he pursued her relentlessly. Day after day, he waited for her in front of the cafe where she worked.

The girl didn’t care if they talked about her. All she cared about was being with him. At night he would play records for her in the dim light of his room, songs she had never heard before, some in English, others in Spanish. The one she liked best was a mixture of both. “I’ll be here by your side, and you’ll be here by mine,” sang the woman on the record, “—para siempre.” Forever and ever.

But as time passed, his demeanor changed. She could sense him drawing away from her. He stayed out late most nights. He began to speak of moving on to somewhere new.

And then the day came when he told her he was leaving for good. He had grown tired of Santa Luisa and would be departing on the last bus out of town. She was heartbroken, but insisted on seeing him off that night.

Later that evening, she arrived at his room overlooking the town square, just as he was finishing packing. Her face was pale, her eyes red. In that dimly lit room, where they had spent so many hours listening to songs about love and heartbreak, she begged to come with him. He refused, even after she cried and pleaded, even after she threatened to kill herself.

Tiring of their argument, he turned toward the door, his suitcase in hand. He didn’t see her take the pistol out of the folds of her dress. Nor did he see her shut her eyes and whisper a prayer under her breath, as she aimed the gun at his back and pulled the trigger.

The townspeople weren’t surprised to learn the man had left on such short notice, but rumors persisted nonetheless. A boy claimed around that time to have seen the judge helping his daughter lift a body into the back of his car one night. And an old woman walking to town later said she noticed the two burning what looked like a man’s clothes on the grounds of their estate. But they were just stories, nothing more.

Eventually all that talk faded. The people of Santa Luisa simply lost interest. Even if his body did turn up, they said in the privacy of their homes, who could blame her for committing such a crime? Men like that—men who drank and fought, and manipulated young women—deserved an early death.

Days became months, months became years. The judge passed away, leaving his estate to his daughter. She never married, despite her frequent suitors. The only time the man from the north was ever mentioned anymore was in the context of her tragic fate. What a waste, the townspeople would say. Such a beautiful girl, now a beautiful, sad-eyed woman, all alone…

One day, on a rare visit to town, she overheard them talking about her.

“Imagine how happy her life would be,” an old lady was whispering, “if that man from the north had never stepped foot in Santa Luisa.”

The judge’s daughter smiled sadly—they had never understood her love for him.

That night, in the house that once belonged to her father, she crept into the bedroom. There, illuminated by candlelight on the four-post bed, lay her beloved man from the north. She caressed his body, the body left paralyzed from the neck down after the bullet that had pierced his spine but spared his life.

“I’ll be here by your side, and you’ll be here by mine,” she sang to him softly, ignoring his pleas for a merciful death. “Para siempre.”

If you’ve enjoyed The Man from the North, you can visit our free digital archive of flash fiction here. Additionally, premium short fiction published by Mystery Tribune on a quarterly basis is available digitally here.