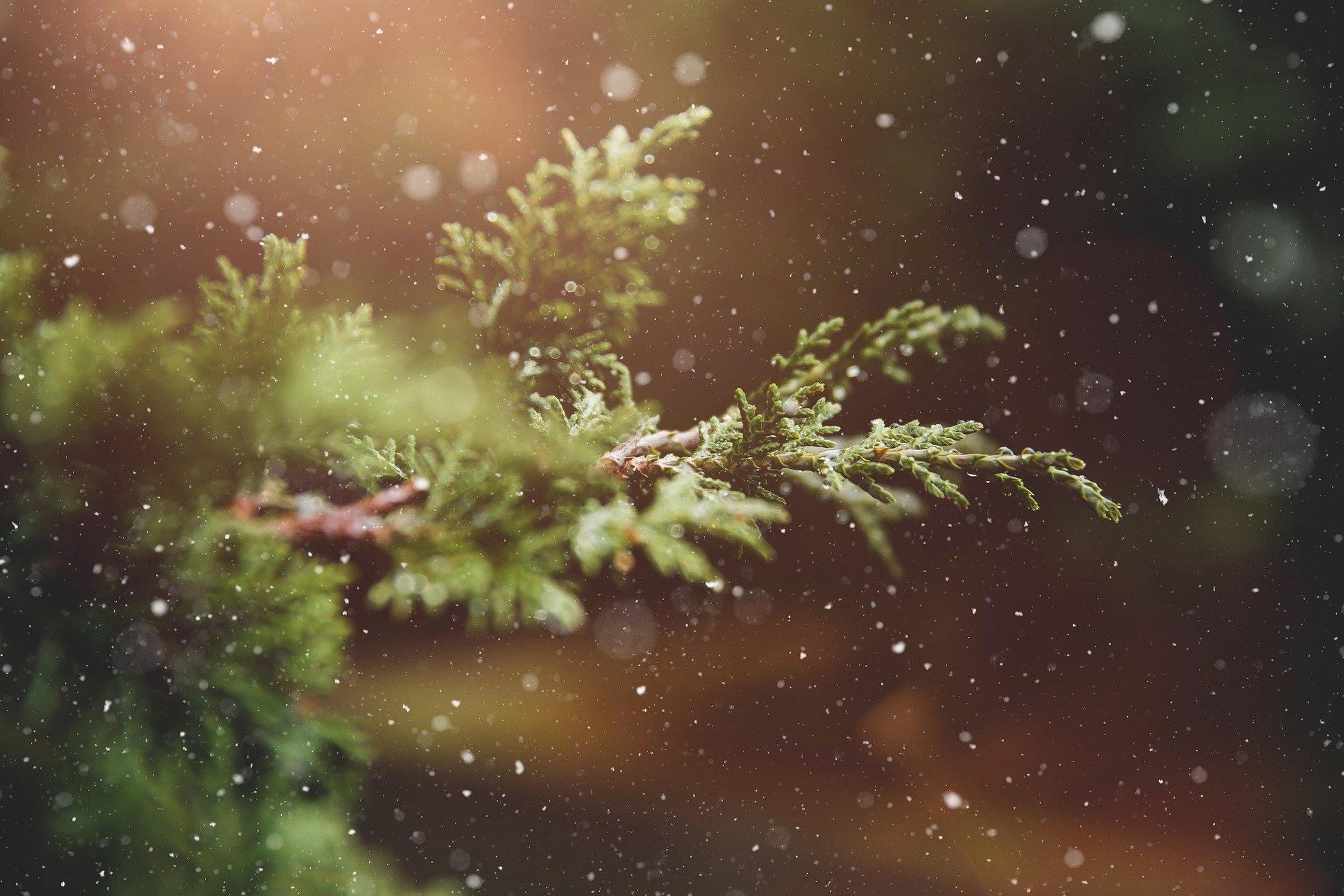 The Long Arm of the Lawless: Short Fiction By Timothy Tocher

Most folks inherit something useful from their dad. Some get money, others athletic ability, or brains. All I got was the Old Man’s string bean body. Like him, I can eat pretty much anything I want and never put on a pound. Not a talent that helps earn a living. But, Dad loved to say, “Play the cards you’re dealt,” and that’s what I try to do.

Before cigarettes were blamed for all the problems of mankind, there were machines everywhere. One of the most popular types had the packages stacked behind little windows. You deposited your coins, pulled the lever under your brand of choice, and a pack would drop onto a tray. Flat broke (Nothing but the habit we used to call it), my friends and I were trying to cadge some free smokes. I snaked my long, bony arm through the opening above the tray, but each stack was capped by a metal flap – until we turned the machine upside down. The flaps slid aside, and I was able to grab a pack or two of each brand.

The thrill of getting something for nothing hooked me, and from then on, I took advantage of my eellike body. Do you know how many offices leave transoms unlocked, thinking they’re too narrow to allow anyone in? Or, how many basements are wide open, providing access to heating ducts that connect every room in a building? I had my standards. Corporations, businesses, insurance companies – all were fair game. I wouldn’t rob a house or apartment. Stealing from people was wrong.

The thrill of getting something for nothing hooked me, and from then on, I took advantage of my eellike body and arms.

Modern times were killing me though. There seemed to be a surveillance camera on every corner, and with my distinctive physique, it would take more than a hoodie to hide my identity.

The Boston winter was off to a brutally cold start, and I lacked the funds to head south. So, I decided to compromise my ethics. I would rob a residence, but one that belonged to someone who could afford to take a hit. And, I knew the perfect night to pull the job – Christmas Eve. Poor folks stayed home. Rich ones went to the islands. And, they were driven to the airport, so their luscious cars were left behind.

I had my eye on a sleek Mercedes that I could turn into a couple of thousand cash within an hour. The owner had a habit of leaving his “no touch” key in the glove compartment when he parked. If I could get into his garage, I could drive the car out. An alarm might sound, but I’d be gone by the time the law responded.

The house looked deserted, one dim street light breaking up the shadows on the front lawn. I tried the basement windows, only to find wrought iron gates protecting each one. Kitchen and den windows were in the private rear of the house, but all were locked with security pins. I could smash my way inside, but that might draw attention.

…An alarm might sound, but I’d be gone by the time the law responded.

By standing on the garbage shed, I was able to boost myself on top of the garage, and from there climb to the roof. I was betting my slender form could slip down the chimney. I dropped to all fours, more to keep from making a silhouette in the moonlight than from any worry about falling.

My penlight lit the first few feet of the chimney shaft, and showed no hazards. Holding the light in my mouth, I sat on the chimney and put my feet inside. Then I thought things over. Feet first, I wouldn’t be able to see anything. Hands and head first, I could use my penlight to spot obstructions.

By standing on the garbage shed, I was able to boost myself on top of the garage…I was betting my slender form could slip down the chimney.

Pulling my ski cap tight on my skull, I wriggled in, spreading my legs to slow my descent. Each time I twisted my shoulders, I slid another few inches. The farther I got, the tighter the quarters. Accumulated soot had formed hard cinders that stuck to the sides of the passage.

I sighed with relief when my hands reached the bottom of the shaft and dangled in the open fire box. Overanxious, I kicked hard with my feet. That’s when a belt loop on my jeans caught on something. The more I twisted, the tighter my jeans gripped me and the less movement I could generate. I waved my hands, trying to bring fresh air up to my face. That stirred the ashes from the most recent fire and left me hacking up a lung.

Blood pooled in my head until my sinuses throbbed. Suppose no one came to the house for a week. Would they find my remains hanging here? I tried to work a hand up past my torso to unfasten my pants, succeeding only in removing the skin from my knuckles. I was ready to weep when I heard a thump on the roof.

I yelled, “Help!” as loudly as my dry throat would allow, the penlight slipping from lips and landing on a cushion of ashes.

A beam of light, bright enough to be a policeman’s torch brought my soot and cobweb surroundings into bright relief. “Is someone down there?” asked a deep voice.

“I’m stuck. This is a friend’s house and I wanted to surprise his children by playing Santa,” I ad libbed.

“Which children live here?”
That struck me as an odd question, but I had to keep this guy interested in rescuing me. “A boy named … David and a girl called … Annie.”

I snaked my long, bony arm through the opening above the tray, but each stack was capped by a metal flap – until we turned the machine upside down.

“Hmm. Either my records are wrong or you’re lying. What did you say those names were?”
“Uh, Danny and Ava?”. I always did have a rotten short-term memory – another legacy from Dad.

“I have a lot to do tonight, and if you can’t be honest, I’m going to call the police and let them attend to you.”

Even with the blood pounding in my temples, that struck me funny. What was he doing skulking around in the middle of the night? He had to be a crook like me. “And how will you explain your presence?” I asked.

“It’s my duty,” he answered. “What would Christmas Eve be without me on the rooftops?”

I racked my brain for a way to get this nutter to help me. “Still, you’re in a hurry. I’ll bet the explanations would eat up time.”

His sigh whooshed down the chimney. “That’s true. What’s got you stuck?”

I explained my situation. He was quiet for a moment, then said, “Have you tried coming back up? Sometimes you have to give ground to make progress.”

It wasn’t easy, but by wedging my elbows against the sides of the shaft and pushing, I was able to move up an inch. A harder push and suddenly I was free. “Thanks, Man,” I called. “It worked. Have a Merry Christmas.”

I didn’t listen to the rest. Dropping down, I retrieved my penlight and crawled over the hearth. Fake logs were stacked next to the fireplace. I dropped three into the firebox and lit their flammable wrappers with my lighter. Following my penlight, I went into the kitchen and filled a coffee mug with water. Back in the den, I poured some of the water onto the fire. An impressive cloud of smoke drifted up the chimney. My fellow crook was too busy choking to complain. No amateur was going to ruin my big score.

As I reached the door leading to the garage, the house alarm sounded. Hopefully that would scare my competition out of the neighborhood. I stepped into the garage, pushed the automatic door opener mounted on the wall, and hustled over to the car. By the time the door lifted, I had started the engine. I dropped the car into gear and eased forward, a smile on my face.

That’s when a guy in a Santa suit jumped in front of me. I knew it had to be the clown from the roof, but he gave me a start. He looked too old to be scaling buildings, even if the white beard was fake. And, he was way too rotund for chimney diving.

The house alarm whooped, and I felt exposed. I flicked on the high beams, hoping the light would bother him, but he stood, arms folded, and stared at my windshield. Figuring a little more noise wouldn’t make much difference, I blasted him with the horn. No reaction. I slipped the Mercedes out of gear and revved the engine. He didn’t even blink.

…he stood, arms folded, and stared at my windshield.

Part of me wanted to flatten him and get out of there. But I couldn’t do it. I don’t believe in violence, and if it wasn’t for this Santa Claus wannabe, I might still be hanging.

upside down in that chimney. I decided to get out of the car, and, gently as possible, move him out of the way.

He stood waiting which made me nervous enough to check his mittened hands for a weapon. “Are you going to move, Pop, or do I run you over?” I asked.

“The car stays here,” he said.

I sighed. “All right. I’ll split the dough with you. Hop in and we’ll get out of here before the police come.”

He smiled. “Shut off the engine, and I’ll let you walk away.”

My temper flared. I took two quick steps and reached out to grab his silly red jacket. Something rammed me from behind, knocking me to the ground. I rolled over and looked up at a huge, antlered head. The beast grabbed me with its giant teeth and lifted me. That’s when I passed out.

I awoke, shivering and shaking, on a park bench. Remembering recent events, I sat up. Could that guy have been the real …? Nah. I must have been hallucinating from all that blood sloshing around my brain.

A small, brightly wrapped package fell from my lap. Picking it up, I read the gift tag. “Sorry about Blitzen. He is overprotective at times. Straighten up and maybe next Christmas will be better.”

Scratching my head, I tore off the paper to reveal a jewelry box. I might make it to Florida yet. I worked the box’s hinge and gawked at a lump of coal.

If you’ve enjoyed The Long Arm of the Lawless by Timothy Tocher, you can check our complete online collection, covering a wide range of flash and short fiction in crime, horror, mystery and thriller here. Additionally, premium short fiction published by Mystery Tribune on a quarterly basis is available digitally here. 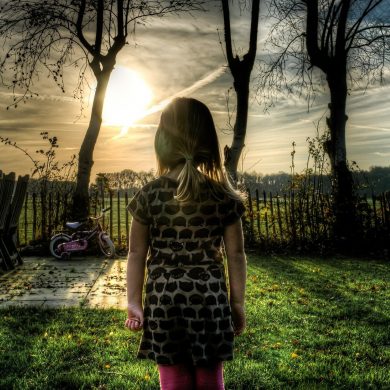 “After The Eclipse” By Fran Dorricott Is A Satisfying Suspense Debut