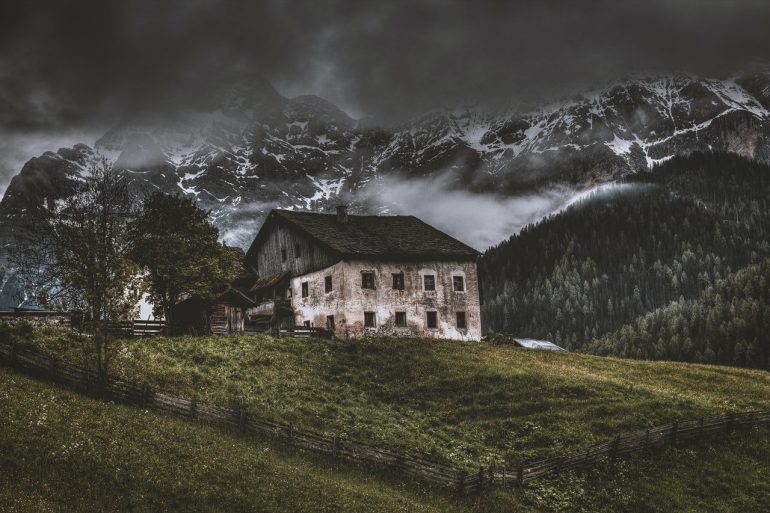 The Logic Of Nightmares: On “Antioch” and “The Dregs Trilogy”

Some works of crime fiction don’t quite descend into literal nightmares, but nonetheless put their characters through a metaphorical kind of hell. Derek Raymond’s I Was Dora Surarez comes to mind, as does Denis Johnson’s Already Dead, which abounds with phantasmagorical imagery even if it never quite shifts into the outright supernatural.

Other works, though, venture into a more ambiguous space — or push through to the other side and into an anything-goes terrain where realistic emotions consort with the uncanny or demonic. From a pop cultural perspective, works as disparate in tone as Kolchak the Night Stalker and Twin Peaks have blended crime procedurals with the supernatural. On the fictional side, Richard Kadrey’s Stark novels and  Ben Aaronovitch’s Rivers of London series also showcase ways in which to blend crime fiction with the surreal or fantastical.

Some of the tension in Jessica Leonard’s recent novel Antioch comes from what form it will eventually take. Bess, the novel’s protagonist, is increasingly fixated on a series of killings bedeviling her small town — though it’s ambiguous as to whether or not some of her more bizarre findings, some of which relate to a shortwave radio broadcast, are real, supernatural, or hallucinatory.

Some works of crime fiction don’t quite descend into literal nightmares, but nonetheless put their characters through a metaphorical kind of hell.

Contrasting with the dreamlike tone of Leonard’s novel are a host of allusions to history: the serial killer at large is dubbed “Vlad the Impaler” by the local media; the town’s name hearkens back to Saint Margaret of Antioch, who was devoured by a dragon; and Bess herself has a longtime obsession with stories of Amelia Earhart’s disappearance. The juxtaposition of real-life history and an increasingly stylized, surreal storyline makes for a memorable contrast: even if Bess is imagining some of what she sees, there’s at least something that acts as a rock in the narrative.

By and large, Leonard’s approach works. Bess is a charismatic enough protagonist — a bookseller-turned-detective — that she keeps things moving, dramatically speaking. But as more questions arise about her past, some of the work Leonard has done to shape the character comes into clearer focus, making for a haunting conclusion.

If Antioch blends realism with a few jolts of the surreal, Chris Kelso’s The Dregs Trilogy opts for the inverse. Here, too, readers will find conspiracies, murders, and layers of reality — but in the case of Kelso’s novel, the last of these is much more literal.

The Dregs Trilogy deals with matters of crime and punishment, but does so in a particularly bizarre way, moving through different levels of reality towards a horrific denouement. Much like Dennis Cooper’s The Marbled Swarm, William T. Vollmann’s The Royal Family, or Blake Butler’s 300,000,000, Kelso uses elements of crime fiction to push at the core of reality itself.

That can make describing The Dregs Trilogy a bit challenging. Shrapnel Apartments, the first book, includes crime scene descriptions and newspaper clippings, providing a sense of narrative grounding even as the storyline ventures into transgressive territory. Over the course of the novel, Kelso juxtaposes eldritch terrors with horrifying acts carried out by human hands. Unger House Radicals offers a more straightforward narrative, at least at first, focusing on a filmmaker and a serial killer, while Ritual America brings the trilogy to a close by depicting a kind of societal collapse.

It can be a lot to take in, and it also seems to have taken its toll on its author. “I will never return to this world. It’s too black and bleak,” Kelso said in an interview with LitReactor last year. “I feel like I should try putting something constructive out there, especially in these grave times.”

Both of these books juxtapose something grounded with something truly unsettling. Both involve the investigation or execution of violent acts, and both do an exceptional job of pulling the rug out from under their characters. Are they disorienting reads? Most definitely — but at their best, they’re also thrilling.

If you’ve enjoyed The Logic Of Nightmares: On “Antioch” and “The Dregs Trilogy”, you can check out the online collection of Mystery Tribune essays by Tobias Carroll here.