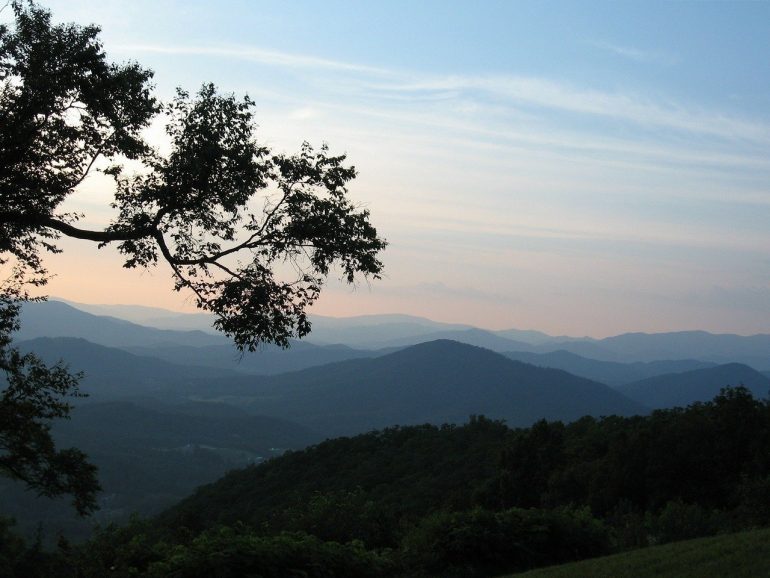 There’s a great piece of writing near the close of Chris Offutt’s new novel, The Killing Hills, one that contains so much in just a few sentences.  The narrator tells us:

Appalachian people lived by old codes that compelled them to take action.  Affronts were always personal. Acts of vengeance maintained themselves through generations.  Before school started each morning Mick had recited the Pledge of Allegiance and the Lord’s Prayer.  Every child learned the words, “As we forgive those who trespass against us,” a strong and generous message that neglected to include timeframe.  In the hills it was handier to forgive trespassers after killing them.

In fact, the book is chock full of such bare (and beautiful) hard truths about eastern Kentucky, about its dark and lovely hills, and about the rugged and noble people shaped by them.  Indeed, Offutt’s keen eye for the flora and fauna of the region, and for the hills themselves, creates a rich backdrop for the action, at times alluring and mysterious, and at other times eerie and hostile.  One could argue the setting is itself a character here.

But it’s ultimately the human component that most engages readers in this fast-paced, expertly written novel.

Like the passage above suggests, the novel is about vengeance, about mountain justice and the codes that compel the aggrieved to action.  But of course, with Offutt at the helm it’s about much more than that.  The story follows local Mick Hardin, an army CID agent who now lives much of his life outside of the hills.  Problem is, his wife is still in Kentucky, and their marriage is on the rocks–partly because of the fact that Mick is always away, off in Europe or some other place, cracking cases for Uncle Sam.

The book is chock full of bare and beautiful hard truths about eastern Kentucky, about its dark and lovely hills, and about the rugged and noble people shaped by them.

At the outset of the story, Mick has returned home for a visit, though he can’t seem to get up the nerve to see his own wife.  Instead he drinks himself into a stupor at the abandoned cabin where he once lived.  But soon he catches a case . . . sort of.  Actually, it’s the county sheriff who asks for his help.  She also happens to be Mick’s sister, Linda.

A woman has been found dead up on a mountainside, and the case quickly gets tricky for all of the family connections, for all of the suspects’ dissembling, and for all of the misinformation Mick gets from the dead woman’s own kin, some of whom seek their own brand of justice and thus hope Mick does not find the killer—at least not before they do.  Add to this the additional presence of a powerful, shifty coal operator who manages to get an F.B.I. officer assigned to the case and you have the makings of a thrilling mystery in which an already-troubled detective must navigate a continual mine field of obstacles.

But if anyone can sort it all out, it’s Mick.  The guy is a master interrogator, a savvy cop whose knowledge of mountain sensibility and family ties gives him an advantage.  It’s also what’s unique about Offutt’s book.  Here we have a true mountain man, a local possessed of all the ways of the woods on the one hand, but also a razor-sharp detective, someone who understands mountain psychology and the complex ethos of the hills.  Mick is highly intelligent, but it’s a side that he plays down in order to get the information he needs.  I can’t think of an Appalachian-set book with such a cunning detective.

In one tense scene, Mick picks up on the subtle signals of a suspect he interviews, a clever country boy named Tanner:

Tanner seemed anxious and wary, natural responses to incarceration.  His expression held no defiance and his limbs were loose, not crossed in defense.  Mick waited, watching for a nervous tic or hand gesture.  Nothing about Tanner said he was a killer which meant he could be a sociopath or innocent.  Or both.  His eyes glittered with a buried intelligence, a trait Mick had as well.  People in the hills learned early to conceal how smart they were.

Lest you think The Killing Hills is all cerebral interplay, you should know that Mick can handle himself, too.  He’s a veteran of combat missions in Iraq, Syria, and Afghanistan, and owns both a Purple Heart and a Silver Star.  Offutt ratchets up the tension in scene after scene where violence brews just under the surface.

Of course, Mick has an uncanny knack for sussing it out.  It’s in the little things only he can see–the manner in which someone walks out of a house, the way someone approaches him, the gait of a certain suspect.  He reads all the details and processes them on the fly as the situation changes.  Whether or not an encounter will end in violence, even Mick can’t always tell.  And that’s yet another thing that makes the story boil.  It’s thrilling to get inside Mick’s head in these situations, like when he knows he absolutely must bust into a house and neutralize a real threat.

There are so many levels to The Killing Hills.  Yes, it’s a gripping story about a murder, but it’s also a tale about the hill people of eastern Kentucky, and by extension, about Appalachia generally.

He went back through his recon, configuring the house in his mind—rectangular with a second story that spanned the back half of the house.  The door would lead to the front room on one side and a kitchen on the other.  He needed to take two quiet steps across the earth, leap to the porch, dodge the hole in the floor, and charge through the door.  He’d be inside within four seconds.  He ran the procedure through his mind, imagining the precise movements he’d make.  Twice more he pre-visualized the sequence of movement, then he sprang from the edge of the Bronco into the room.

Like the hillside landscape Offutt brings to life, with its birds and trees and briars, all so familiar to Mick and to those who walk the woods, the language in the book is real in every sense of the word.  Offutt’s characters speak like real Appalachians, something tough to pull off, and rare.  But it’s not only what they say.  It’s the language of their bodies—the nods, the looks, the way a character shifts his feet or turns his head—that lend an authenticity to the story.  There’s a real life to Offutt’s characters, even the dead ones.  In several places Offutt introduces the stories of people long passed away.

With the help of an old time local, Mick finds a decayed mountain homestead in his search for the killer, a cabin long ago consumed by fire but with the stone chimney still standing.  He learns from the old man that the site was the former home of the Jerry and Gayle Gibson, a couple with a sad story.  “What happened to them?” Mick asks the old timer.

“Typhus got half the kids.  The rest left.  One road out and they everyone took it.  Not a one come back.”

“Pretty place with a rough history.”

“Not a hill here you can’t say that about.”

Elsewhere Mick recons an old homestead, once sturdy and lovely, the lumber likely milled by skilled hands from felled trees nearby, but now forlorn and pillaged.  It’s the site of the old Branham sisters, true beauties who supposedly “culled serious suitors form the sporting ones” based on whether or not the men would cross the dangerous footbridge near their home.

The sisters once enjoyed high times alongside the men who courted them, drinking and carrying on, but like so many families in the region, bad times befell them, and the promise of a charmed life disappeared before it ever really began.  Offutt loves to introduce these ghosts of the past.  They add wonderful color to the narrative, but more than that, they provide a deeper story, one that relates to the traumas and everyday hardships of the characters who people Mick’s world nowadays—his still unmarried sister, the old man who cares for his sickly wife, the poor relatives of the deceased, and even Mick himself, with his failing marriage.

There are so many levels to The Killing Hills.  Yes, it’s a gripping story about a murder, but it’s also a tale about the hill people of eastern Kentucky, and by extension, about Appalachia generally.  Offutt has written a real mystery, a book that never wanes for even a moment.  But it’s also a species of literary fiction, a complex book that explores the region and in all of its sadness and beauty, and it burns like a blazing coal fire from start to finish.

Mystery Tribune’s online collection of critical essays on the most notable crime, mystery and thriller books and movies is available here. 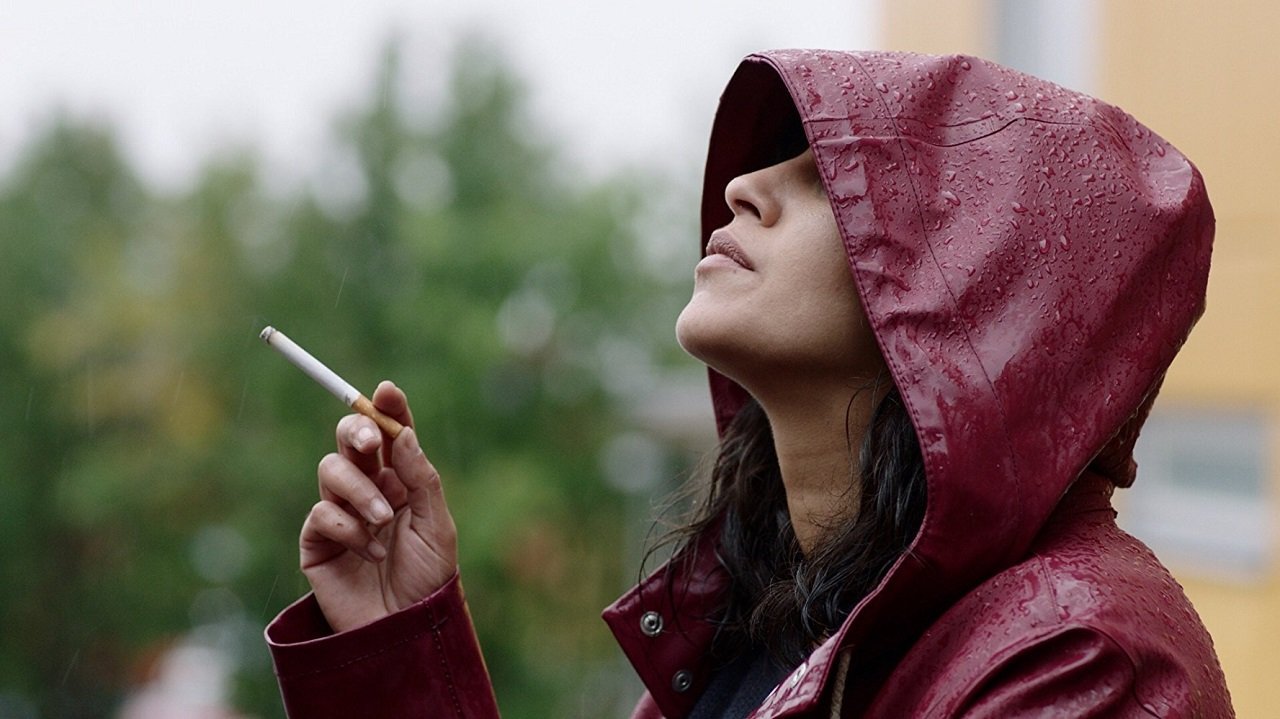