Hendrik Kühn’s debut novel will be coming out in January 2020 by Luzifer Verlag. He has studied sociology, lives with his wife and daughter in Bremen, Germany, and works there as a researcher at the University.

The clown smoked at the fair as the kids watched. They saw his saddened face when he took a drag on his cigarette and, likewise, his mental fume when he blew the smoke out. What was he thinking? Not much.

I believe it was the tyranny of his fate that set his broad face with the red round nose in motion. Imagine this stocky fool in his mid-thirties, always dull and listless, drugged at times, smoking at the fair. “Great,“ said a guy passing by. And the little children across the path between stalls and rides couldn’t stop staring.

Tanner did not earn his living as a juggling showman. During the day he was a butcher, which usually is an honorable profession one might say. But he was spreading rumors, claiming that he hated animals and sliced them in edible pieces just for fun. Once he told people over a beer or five that he sliced his cousin after an argument into handy pieces, too. Everybody knew the cousin had to leave the city for a job, but nobody wanted to interrupt his bizarre bragging.

Something was odd about Tanner. He was an only child, and his parents had been worried about him all day long. That couldn’t end well. This became clear in their grey watery eyes at some point. When they gave up on him, which was years ago, their will to live dried up and so did the blood in their veins. And Tanner? Well, he didn’t care. When his old school burned down with casualties — and he shrugged his shoulders smirking — I could even somehow figure it out.

Something was odd about Tanner. He was an only child, and his parents had been worried about him all day long.

And again, when his landlord was ran over by a car before his eyes and he didn’t even call an ambulance. Somehow, I was able to grasp it, yet I would have done otherwise. How could you not care for your most personal loss? Tanner must have had other cares.

Everybody knew that he had huge debts. He crawled, like a creature governed by instincts, through our gloomiest streets. His senses started up every time he came close to money, and you could notice his craving to find any impact on the stunted remains of his miserable life. He owed money to several banks, like most people do. And he owed money to casinos, the mafia and the church, too. He borrowed from anywhere with the promise to give back twice as much.

And occasionally he paid — whenever his nightly thieving had been successful — to those who threatened his miserable, miserable life. His debts added up day by day until his existence became an impossible negativity. It was a metamorphosis from a human being to a numerical deficit of the whole city. I would care about them.

Yes, I remember the night. Not lucid, not in full consciousness, solely the blood. Covered in it and numb of pain. Sirens broke the silence and red and blue lights cut through the grim darkness. I stood on my porch — and I don’t know how I had lifted my arms — and faced two police officers waving with their guns. “Are you okay, Sir?“ one yelled. I couldn’t say. Somebody broke into my house and beat me half to death while I slept. But that was not the worst of it.

My TV, mobile phone and the $30,000 under my mattress that I had been saving for years, were gone. “Why would you keep it under your mattress?“, the police asked. I couldn’t say. There was no proof, since I was only the victim and not a witness. I just knew it was Tanner. Everybody knew. The police questioned him shortly after that, but it led to nothing. I couldn’t forget.

It took me weeks to recover — but only a few days for Tanner to buy a new car. Each time I saw it on the road, my pain grew stronger and stronger. I had plans for the money, you know? So I waited for him, day-in and day-out, for a week at the fair. I observed his movements and documented every step he took.

My TV, mobile phone and the $30,000 under my mattress that I had been saving for years, were gone. “Why would you keep it under your mattress?“, the police asked.

Always before he changed his costume in the trailer, where he was most likely vulnerable, he smoked half a cigarette outside. The kids watched him and so did I, while anger burrowed through my chest. One evening, with my friend Lenny accompanying me with two iron rods, I gathered my courage. Tanner finished his act, and we followed him determined to get my revenge.

But instead of smoking his cigarette, he headed straight for his trailer, cheerfully wending his way, stroking the children’s heads. Nonetheless, we carried on, pursued him through the crowds and the sticky scent of candied fruits. The accordion music was spreading all over the fair but grew quieter near Tanner’s trailer. We sneaked in.

There he was sitting on a chair, humming a tune in front of a mirror. He was removing his makeup like a girl after her first date. What was he thinking? Frankly, I didn’t know and didn’t care.

I positioned myself outside the mirror image, wound up the iron rod and aimed for the back of his head. What I saw was not a man, only the impossible negativity that was about to implode after a little knock. His hand with the colored cotton pad sank into his lap, and the face behind the mask became apparent. It was a man, but it wasn’t Tanner. Lenny hissed at me, and I immediately hid the rod behind my back.

“Who are you?“ asked the startled man.

“He’s not coming back. His car went over the Stanton Bridge last night and he drowned in the canal. I’m the new guy.“ 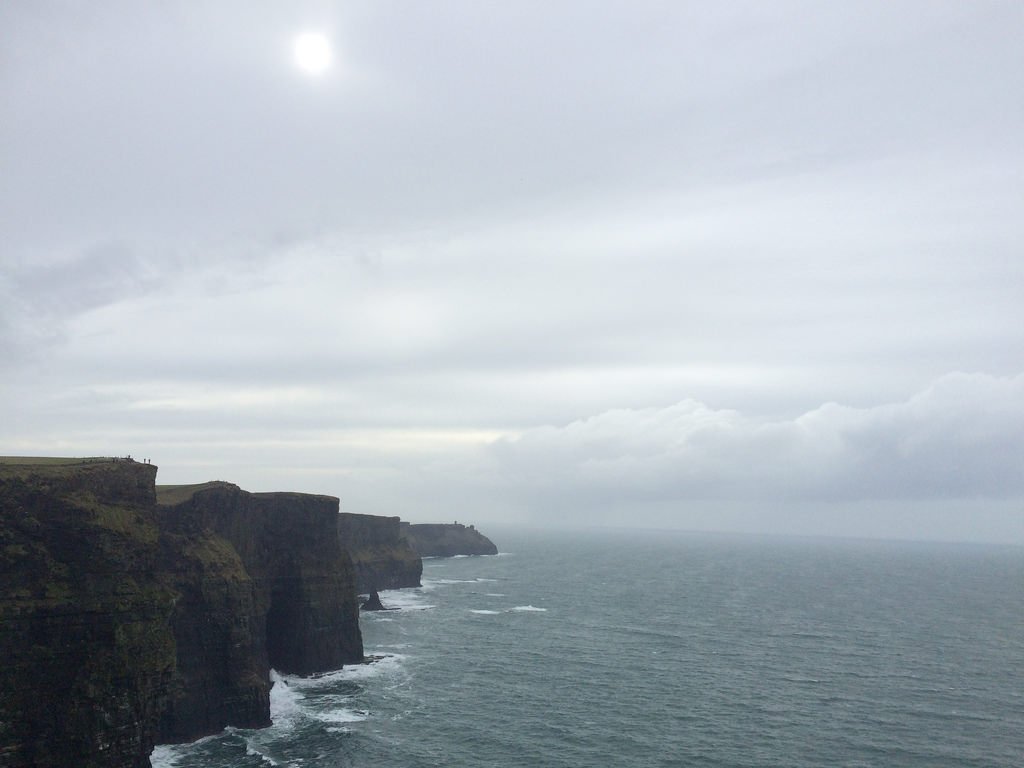 A Delightful Cozy Mystery: The Reek of Red Herrings By Catriona McPherson