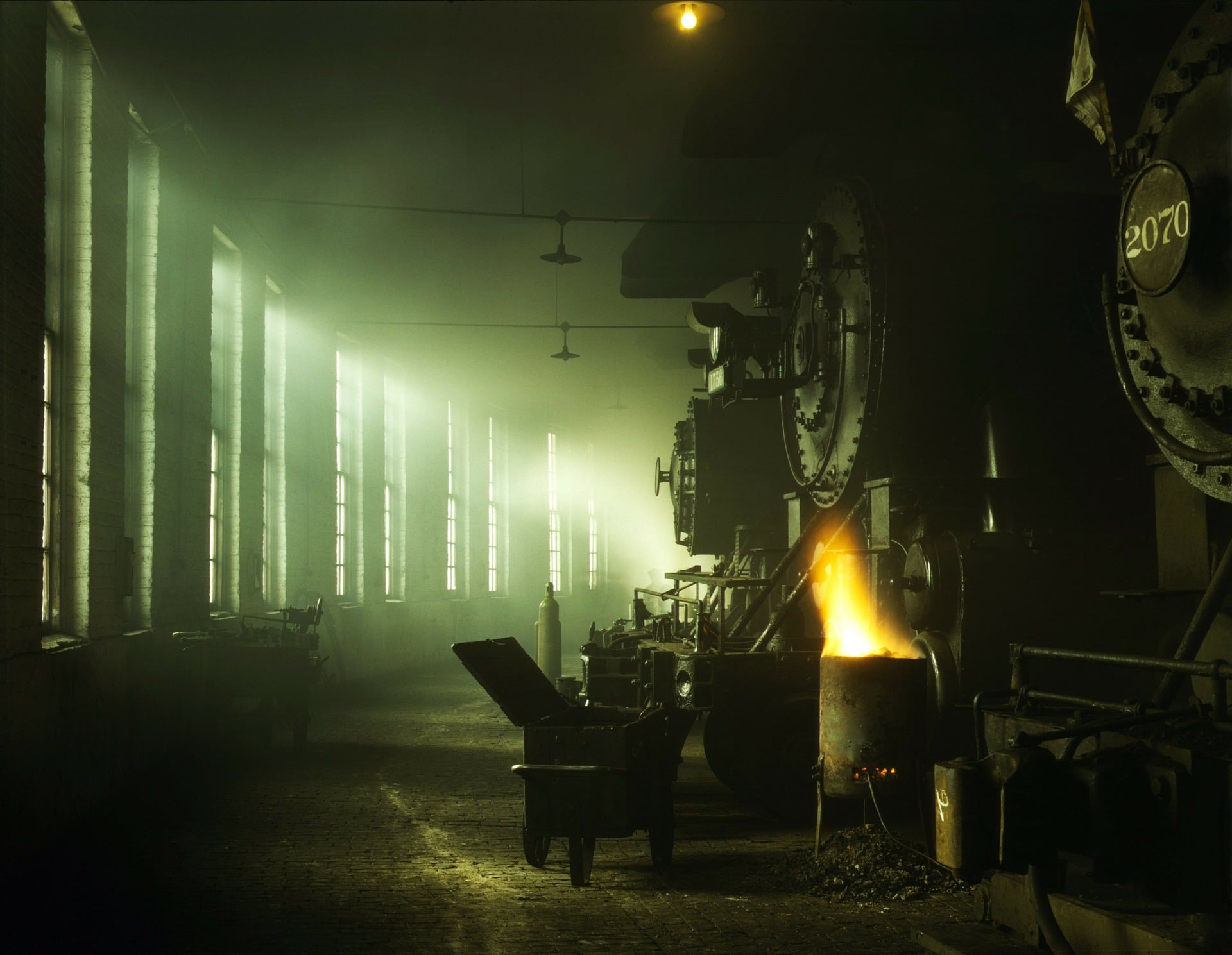 The Day After St. Valentines Day by Stephen Golds is a semi-fictional story about the final moments of Al Capone’s bodyguard Jack McGurn. Mystery Tribune has previously published That Feeling by Stephen Golds.

Jack sat and watched the dull people roll the dull balls down the dull lanes. Some people yelled ‘strike’. Some people didn’t. Lights flashed here and there. A bell rang out towards the back somewhere making him startle momentarily. February 15th. Valentines decorations still hanging limply around.

Jack eyeballed a heart shaped balloon. Gulped at the bottle in his hand. The garish red and the way the balloon shuddered in the stale air brought back a kid’s face photographed and illuminated by muzzle flash. The raspy sound of his wheezy gasping through mouthfuls of blood a stain on Jack’s memories. He heard it echo up the stairs and down the hallway sometimes in the early hours when he couldn’t sleep and the morning dribbled through the blinds reminding him that another day had been spat into the world.

Jack gulped at his beer again. The bottle was almost empty. It was noisy as all hell in the bowling alley. Jack didn’t understand what all the damn commotion was about. The way folks cheered you’d think they were actually winning something important. Now, golf. Golf. That was a gentlemen’s game.

Standing out there underneath a warm sun on the green. It felt as though you were playing a game of chance with Mother Nature herself. Chilled drinks and warm games of cards in the clubhouse after. Yeah, Golf was the game. Jack could play better than most. He would’ve won Western Open in 33’ if the cops hadn’t shown up with that horse-shit warrant. Lou, his wife, had raised seven kinds of hell but it hadn’t made a damn bit of difference.

It was noisy as all hell in the bowling alley. Jack didn’t understand what all the damn commotion was about.

The coppers had let him finish his round, but the cocksucker’s chatter had ruined his game. He’d never been welcome at the Olympia Fields Country Club again after that. The fucks. He could have made it as a pro, likewise boxing. Jack had great hand to eye coordination. Learnt everything as a kid boxing in Brooklyn. ‘Battling’ Jack McGurn. Had to change his name of course. No promoter would back a kid with a dago name like Gibaldi. He grew up as an Italian pretending to be an Irishman. It wasn’t unusual in those days.

The boy in the garage on St. Valentine’s Day seven years before had been an Irish kid. He’d tried crawling towards the door. Left a trail of red like an artist’s brush stroke on the concrete floor.

Jack rubbed at his eyes with tobacco stained fingers, drank from the warm beer, his seventh. He tried to smile. His teeth ached. His face hurt. He scratched at the flesh of his stubbled neck. Shook the bottle softly in his fingers. Yep, it was nearing on empty and he was counting on someone buying him another. He’d been flat broke for over a week and had nothing coming in. Bupkes. Niente. Nothing.

Someone else shouted “strike”. Jack lit another cigarette. He wondered what Lou was doing and who she was with? She’d been drinking too much lately, getting to be difficult. He hoped she wasn’t driving no wheres. She’d had enough trouble with the booze and the automobiles. Jack put his beer down between his feet, snubbed out his cigarette, took off his crumpled fedora and wiped at his brow with a stained handkerchief.

The kids flat cap had tumbled from his head and his hair’d stuck out in shocked clumps of damp brown when Jack had kicked him in the ribs, rolled him over.

Someone else shouted “strike”. Jack lit another cigarette. He wondered what Lou was doing and who she was with?

Jack thought about those years before. Cash had never been a problem in those days. He’d had more dough than he’d known what to do with. He’d bought Lou a three-carat ring when he’d proposed to her. He thought about how much change he’d dropped on that one and felt himself sweat.

Of course, in those days it was change. Lately, he had tried not to dwell on the past, fucking difficult when the past had been as good and as lucrative as his had been. You wouldn’t think it to glance at him now, dressed in a cheap, creased suit, scuffed shoes with a hole in the right sole, but at one time he’d had it all. He’d had the whole county. Nah, not county. Country. He’d had the whole damn country in his pocket, in the palm of his hand like a small, beautiful pearl. Pearls. Women, too. The gals had loved to have a night with Al Capone’s number one button man.

Now, things were very different of course. The cash was all spent and the women were all gone. They were always the first two things to leave a man when times got hard. And times had got hard. The boys had left him to twist in the wind with only his fucking prick in his hand. After everything he’d done for them. The fucks. Seven years and a day. He’d been the one to go into that Lincoln Park garage with those bugsy micks from St. Louis. Line those poor boys, that poor fucking kid against the brick wall.

Now, things were very different of course. The cash was all spent and the women were all gone.

He’d sacrificed a lot. Nearly everything. Would have been given the chair if it weren’t for Lou giving him an alibi. ‘The Blonde Alibi’ is what the press had called her. And she was. She was the only one to stand by him. The others? The fucks had left him twisting in the wind with his fucking prick in his hand. Now here he was hanging out in fucking bowling alleys bumming cigarettes, waiting on people to buy him drinks while they all asked him to tell the stories about his good pal Al. Al. Al. Al. He was sick to the back teeth of hearing that damned name.

“Is it true Al writes poetry?”

“I heard Al’s a snow fiend. That right?”

“How’d Al get those scars anyhow?”

Yessir, Jack’d been one of the first fellas in the garage on that morning. St. Valentines Day. February 14th, 1929. The papers had coined it a massacre and maybe it was. Jack had been dressed up as a copper. Caught them drinking coffees from flasks and shooting the shit. When they’d kicked in the doors the rubes had shit in their pants, pulled foolish faces, stuck their hands in the air.

Jack and ‘Killer’ Fred Burke had waved their shotguns around, got them all against the wall. By the time he’d noticed the kid it was too late, the other two shooters had burst in, the Tommy guns were barking and ablaze. Bugs Moran, the target, hadn’t even been there. Just a bunch of nobodies from the North Side and a young kid got riddled with lead.

Yeah, maybe it had been a massacre. He remembered he’d rolled the kid over to finish him off, put him out of his misery and the kid had sucked all the air from out of the place and screamed “why?” Jack didn’t know why. It just was what it was. It was his job. Business. No different to any other profession. He was like a mechanic. But more than that.

Jack and ‘Killer’ Fred Burke had waved their shotguns around, got them all against the wall.

Yeah, Jack was the muscle behind the Chicago outfit. He’d had all the ideas, all the plans. Should have been him to step up and take over the rackets after the feds got Capone on the tax beef. They gave the top spot to fucking Frank Nitti. He wasn’t a street guy. He was a fucking businessman. Everybody wanted to hear about Capone and Nitti. Nobody never asked about old Jack ‘Machine Gun’ McGurn, but he drank their drinks and regurgitated the same old stories. Fuck it all.

He’d been a somebody once, a real somebody but now he was a schnook. A regular nobody.

He drained the last of the beer and looked around invitingly at the groups of people. A sad little smile shaping his mouth like a facial scar. He saw a gang of fellas come in. They were grinning at him and making their way over, wanting to hear stories about the good old days, probably. Jack counted three. That meant three drinks at least. One of them was holding what looked like a card. Probably wanted an autograph. Jack smiled and waved them on over. They reached into their jackets…

“You’ve lost your job, you’ve lost your dough, Your jewels and cars and handsome houses, But things could still be worse you know… At least you haven’t lost your trousers!”.

An inscription from a Valentines card found on the bullet-riddled body of Jack ‘Machine Gun’ McGurn. The three shooters were never apprehended or identified.

If you’ve enjoyed The Day After St. Valentines Day by Stephen Golds, you can check out our free digital archive of crime, thriller, and horror flash fiction here. Additionally, premium short fiction published by Mystery Tribune on a quarterly basis is available digitally here.