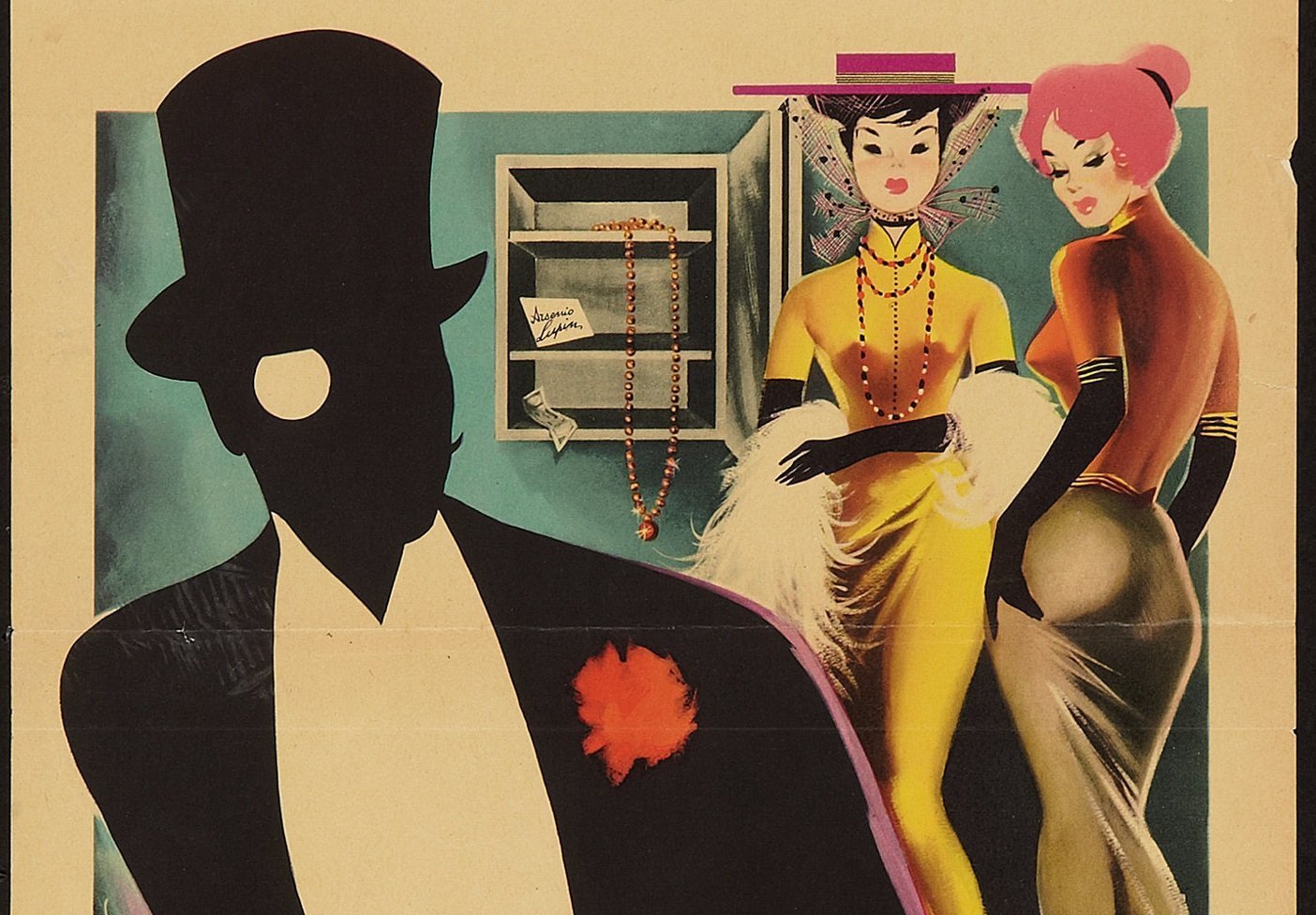 Lupin, the new popular Netflix series, has created new interest in the character and books about Arsène Lupin among mystery lovers.

To give some background, Arsène Lupin is a fictional gentleman thief and master of disguise created in 1905 by French writer Maurice Leblanc. He was originally called Arsène Lopin, until a local politician of the same name protested. The character was first introduced in a series of short stories serialized in the magazine Je sais tout. The first story, “The Arrest of Arsène Lupin”, was published on 15 July 1905.

The series consists of 10 episodes, released in two parts. The show stars Omar Sy in the role of Assane Diop, a man who is inspired by the adventures of Arsène Lupin, a character created by Maurice Leblanc.

To help the fans of the TV show who want to get their hands on the original novels, here is the complete list of Arsène Lupin books by Maurice Leblanc:

Below, you can find the entire list of Arsène Lupin novels by Maurice Leblanc, ordered by date published. While Leblanc’s earlier books have English editions, most of the later books can only be found in French. We have included both English and French editions for the sake of completeness.

Overview of The Most Notable Books

Below you can find an overview of the some of the most notable books in the series translated into English:

Arsène Lupin, Gentleman Burglar (1907). Slender, elegant, refined, seductive, gentleman-burglar by trade, he is the model of the “Belle Epoque” dandy. His intelligence, his culture, his talents as an illusionist between Fregoli and Robert-Houdin are at the service of astonishing nerve. But this accomplished man of the world is also an anarchist at heart who plays with social conventions with marvelous insolence.

The first short story of this collection was published in July 1905 in the newspaper Je sais tout. This was the first short story featuring Arsène. This one having success, Maurice Leblanc is encouraged to write the continuation, in several short stories. What will be done until 1907.

Arsène Lupin vs. Herlock Sholmes (1908). This is a collection of two adventures, written by Maurice Leblanc.

These adventures feature a match of wits between Lupin and Herlock Sholmes, a transparent reference to Sherlock Holmes, the hero of Conan Doyle’s detective stories. It follows the appearance of Arsene Lupin, Gentleman Burglar, in which Sherlock Holmes also makes an appearance in “Sherlock Holmes Arrives Too Late”. The collection was translated twice into English, as Arsene Lupin versus Herlock Sholmes in the U.S. (1910, by George Morehead), and as Arsene Lupin versus Holmlock Shears in the UK (1910, by Alexander Teixeira de Mattos, printed as The Blonde Lady in the U.S.)

The first story, “The Blonde Lady”, opens with the purchase of an antique desk by a mathematics professor. The desk is subsequently stolen, as it turns out, by Arsène. Later, both Lupin and the professor realize that a lottery ticket, left inadvertently in the desk, is the winning ticket, and Lupin proceeds to ensure he obtains half of the winnings while executing a near-impossible escape with a blonde lady. After the theft of the Blue Diamond, again by a blonde lady, Ganimard made the connection to Lupin and an appeal was made to Herlock Sholmes to match wits with Lupin.

Inadvertently, Lupin and his biographer met with the newly arrived Sholmes and his assistant, Wilson, in a Parisian restaurant, and they shared a cautious détente before Lupin sets off to lay his traps. Despite Lupin’s efforts, Sholmes is able to unveil the identity of the blonde lady and Lupin’s involvement in the crimes linked to her. Lupin succeeded in trapping Sholmes, however, and sends him off to Southampton in a boat, but Sholmes manages to escape back to Paris and engineer the arrest of Lupin. After Sholmes leaves, however, Lupin outfoxes his French captors and manages to bid farewell to Sholmes and Wilson at the Gare du Nord.

The Hollow Needle (1909). Arsène Lupin is opposed this time by Isidore Beautrelet, a young but gifted amateur detective, who is still in high school but who is poised to give Arsène a big headache. In the Arsène Lupin universe, the Hollow Needle is the second secret of Marie Antoinette and Alessandro Cagliostro, the hidden fortune of the kings of France, as revealed to Arsène Lupin by Josephine Balsamo in the novel The Countess of Cagliostro (1924).

The Mystery of the Hollow Needle hides a secret that the Kings of France have been handing down since the time of Julius Caesar… and now Arsène Lupin has mastered it. The legendary needle contains the most fabulous treasure ever imagined, a collection of queens’ dowries, pearls, rubies, sapphires and diamonds… the fortune of the kings of France.

When Isidore Beautrelet discovers the Château de l’Aiguille in the department of Creuse, he thinks that he has found the solution to the riddle (“l’Aiguille Creuse” being French for “The Hollow Needle”, and also the French title of the novel). However, he did not realize that the château was built by Louis XIV, the king of France, to put people off the track of a needle in Normandy, near the town of Le Havre, where Arsène Lupin, known also under the name of Louis Valméras, has hidden himself.

The Confessions of Arsène Lupin (1913). Originally published in 1913, this collection of Lupin short stories presents more puzzling criminal involvements of the classic French hero-thief and his men.

In The Island of the Thirty Coffins (1919), Arsène is summoned back to France in May 1917 by one of his friends and travels to the accursed island of Sarek off the coat of Brittany to save the beautiful Veronique d’Hergemont from the clutches of the murderous Vorski. Fraught with terror and supernatural perils, The Island of the Thirty Coffins is one of Maurice Leblanc’s best thrillers. Retranslated here for the first time, this edition also includes an all-new epilogue written especially by noted lupinologist Jean-Marc Lofficier.

It is presented here for the first time in a new, unabridged translation. The 1935 novel Countess Cagliostro’s Revenge, never before translated, tells of the lethal Countess’s revenge upon a 50-year-old Lupin. The book also includes The Queen’s Necklace, a short story recounting an adventure of Lupin when he was a child which ties in with the Cagliostro legend, the all-new The Death of Countess Cagliostro, written by Jean-Marc & Randy Lofficier, and a timeline.

The Melamare Mystery (1929). The Mélamare Mystery (also known as The Mysterious Mansion) is the eighteenth novel in the series of books by Maurice Leblanc.

The book tells the story of a diamond theft and the kidnapping of Régine Aubry, an actress. Arsene Lupin, under the pseudonym Jean d’Enneris, is hired by jewel magnate Van Houben in an attempt to solve the crime. The mystery deepens however when a second kidnapping takes place, and a history of rivalry and hatred between two families is uncovered.