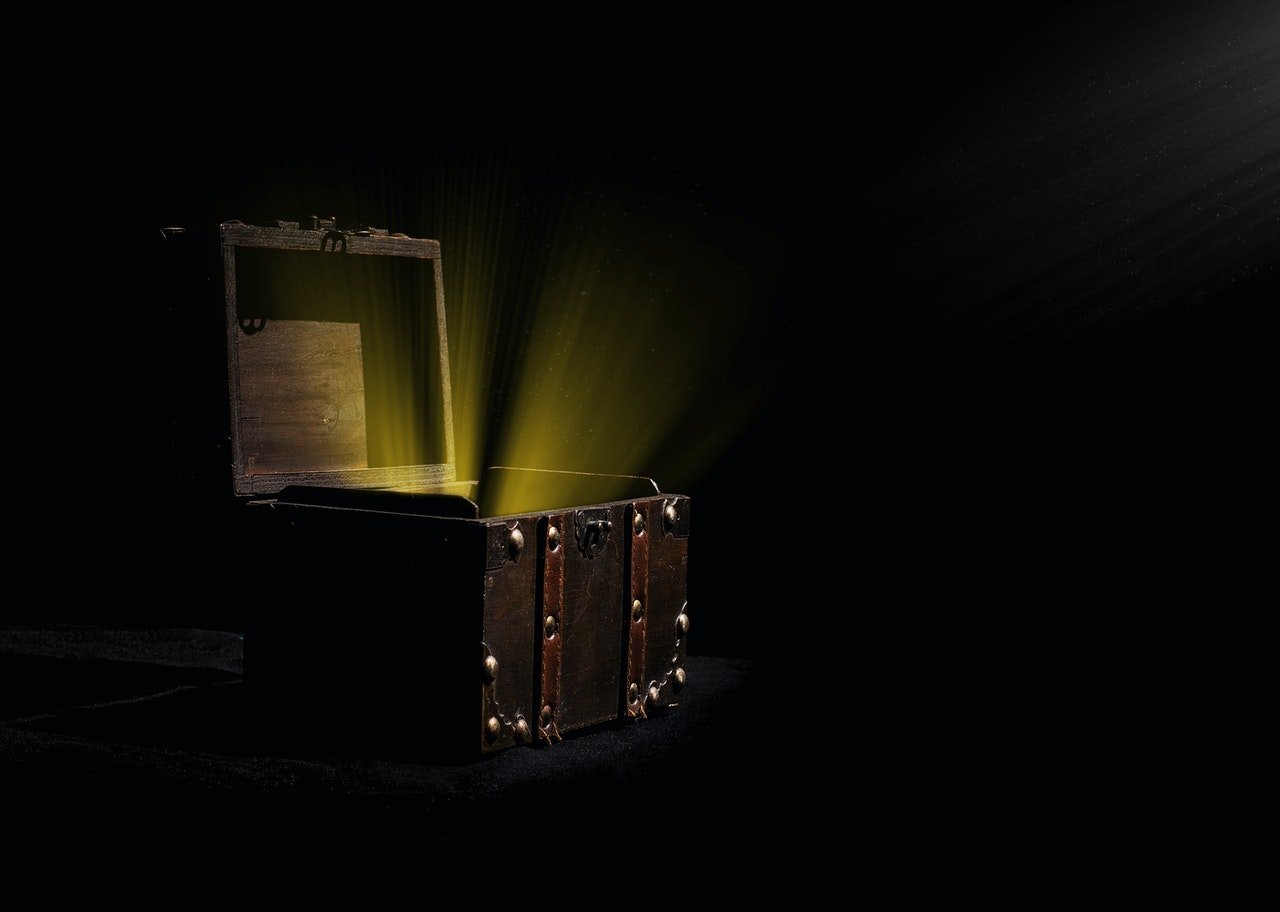 Peter Glazebrook, author of The Box, is a retired government official living a quiet life in the North West of England. Upon ceasing to be a SCUBA diving instructor he took up beekeeping and writing. He has published in Horror Magazine and the 1st degree anthology of crime fiction.

It’s always cold in bank vaults. I think it’s because they’re underground so the surrounding rock sucks away any heat. They resemble morgues in that respect. I was standing in a safety deposit room that made me shiver. It had harsh neon lighting reflecting off walls made up of multiple small grey metal draws. At least the room did not have that mortuary smell of pine disinfectant fighting an unsuccessful battle to mask the odour of decomposition.

My brother Jim and I had been left alone to open our father’s box. It didn’t contain much. He’d already told us about some of the items. There were twenty gold sovereigns, still in their cardboard wrappers, bought as a hedge against inflation in the seventies. Next to the coins were the deeds to his house, tied with a red legal ribbon, and some of our mother’s jewellery in a small box. The padded envelope containing a replica thirty eight calibre Smith and Wesson was somewhat unexpected.

My brother Jim and I had been left alone to open our father’s box.

We stood stock still for a moment looking at the dark gunmetal, shiny with oil. The grip was wrapped in dirty masking tape.

Jim reached for the weapon, but I grabbed his hand before he touched it.

“Oh, for God’s sake Paul it’s just a toy. Do you have to be such a policeman all the time?”

“It is not a bloody toy. Criminals drill out the barrels and put in new lock mechanisms. Not very accurate, but it doesn’t need to be when you are a couple of feet from your target. I’m going to call this in and I don’t want you messing up the forensics.”

“Don’t be ridiculous. He was our Dad, not king of the Liverpool underworld. I bet it was part of some fancy dress party  or something.” I think that sounded feeble even to Jim.

“Look at it Jim. It’s been around, the metal is scuffed, and that tape is something dim gangsters think will hide their fingerprints.”

“Is this something to do with you? Come on I might be an actuary, but I’m not completely naive.”

He had a point. If you are in the police force your work sometimes follows you home. In my case it had nearly cost me the job. Not for me the vanilla wife and two kids of our Jim. I had an affair with the girlfriend of one of our fair city’s nastier mobsters. A bundle of paranoid sociopathic tendencies wrapped up in an Armani suit called Ritchie Hauser. His emotionless gaze and fake smile adorned the brochures of many money laundering operations.

If you are in the police force your work sometimes follows you home.

Annie her name was. I am not saying she was an angel but she didn’t deserve the fate of having someone like Ritchie deciding she was his soul mate.

Like I said, Annie and I were close. Then one day she just disappeared. I knew Ritchie was responsible, couldn’t prove anything. The lads who did the investigation were from the murder squad and did a reasonable job. They threw a lot more resources at it than a missing person case deserved. But, the body was never found and there was absolutely nothing to tie Ritchie to the case. But I knew. It was perfect for him, to kill her and then watch me grieve.

“I said, is it something to do with you?” Jim repeated, jerking me out of my reverie.

“Sorry, just got lost in the past there for a minute.” I said.

Jim paused for a moment. “I know it hit you hard. Annie disappearing.”

“She was murdered by that shit Hausman.”

“Yeah, OK, I know. But Hausman got killed. They figured you for it, didn’t they?”

My own brother. Just goes to show that mud sticks.

I said, “Jim, I was cleared. I was in Manchester when Hausman was slotted. My car was caught on CCTV, the camera filmed me using my credit card to buy petrol. The attendant even remembered me knocking over a display. If anything, what was suspicious was that my alibi was too good.”

“Did they suspect you?”

“Of course, and I don’t doubt my own colleagues would have liked nothing better than to show their impartiality credentials by putting me away, but my alibi was perfect.”

However, like I said, mud sticks and I was never made up to DI. There was one witness and they had only seen the shooting from a distance. The description could have been me. As well as about half of the male population of Liverpool.

“Apart from Dad being bald.”

“You said the suspect was wearing a baseball cap. Dad would have done it. He would have, for you.”

This was getting weird and uncomfortable. “Can you really see our Father killing a mobster as he walked across a car park one night? Look, there is this gun, but we don’t even know if it was the one that killed Hauser. Maybe Dad had a …” I didn’t get any further. Jim interrupted me.

“You do think he killed Ritchie Hausman.”

“Well what does it look like to you.” I said.

Jim replied. “Even if he did. It’s water under the bridge now. There’s no need to drag his reputation through the dirt is there?”

“It’s still an open investigation. If we ditch this it will hang over us. What if we are overheard. What if one of the bank staff sees us. There could be CCTV in this room. We just can’t risk it. It’ll be uncomfortable, we’ll have to give statements. But we’ve done nothing wrong.”

Reluctantly Jim agreed. I said I would wait in the room while he got the bank staff to call my colleagues. Chain of evidence and all that. They would love this in the press. Everyone would know my Dad murdered a major player in the Underworld to protect his son.

But it would clear my name once and for all. Dad had left the gun there to protect my reputation.

It was then I felt tears running down my face. Poor Dad, pillar of the community, branded. His reputation lost, all because he wanted to look out for me.

I wondered when he had laid his hands on the gun. Probably when he had been round at my house. So unnecessary. All I asked him to do was drive my car to Doncaster and use my credit card.

If you’ve enjoyed The Box, you can visit our free digital archive of flash fiction here. Additionally, premium short fiction published by Mystery Tribune on a quarterly basis is available digitally here.