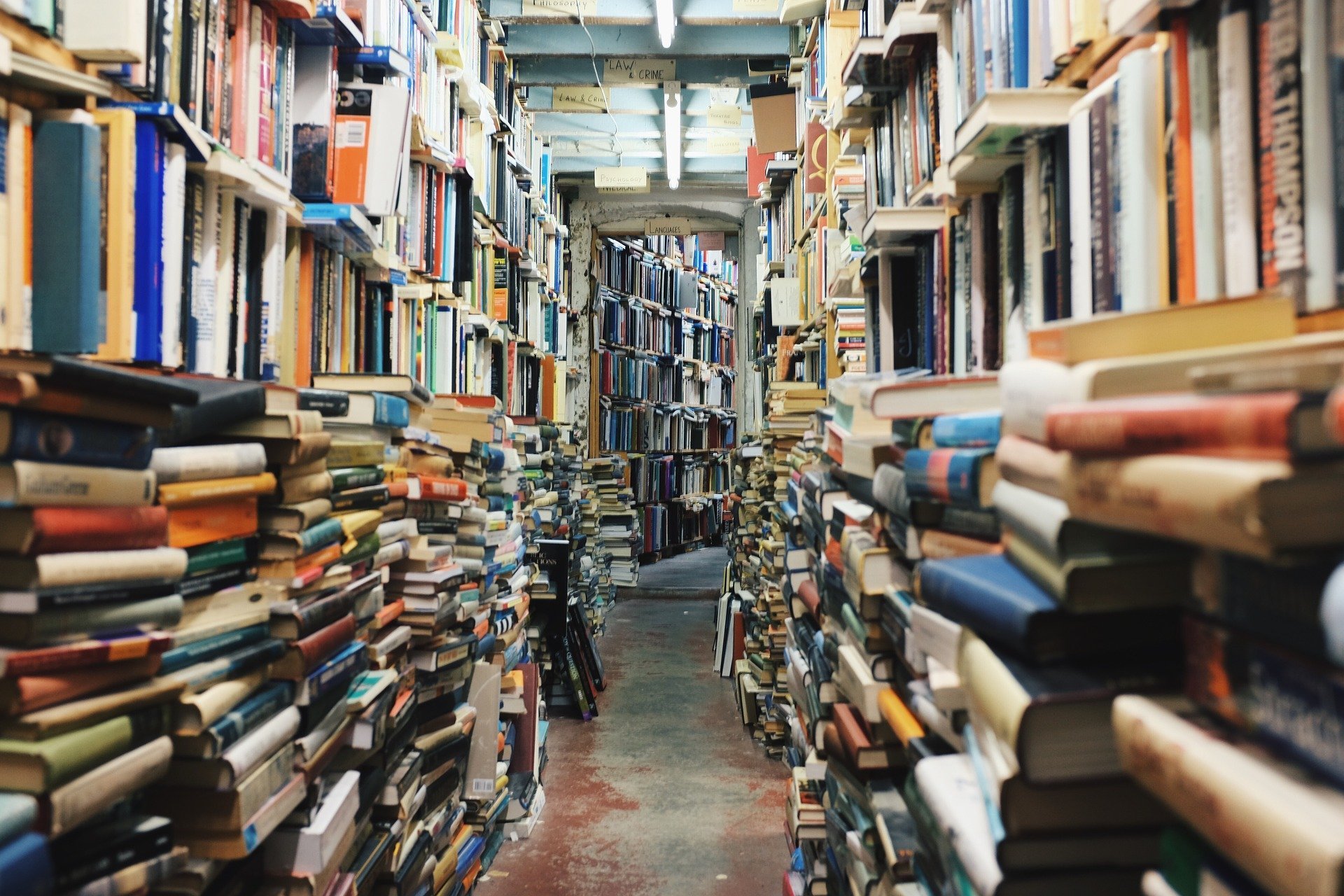 The Best Crime, Mystery, And Thriller Books Of March 2019

The list of best crime, mystery, and thriller books of March 2019 includes titles from some of the familiar names of the genre: Abir Mukherjee, for example, brings Captain Sam Wyndham and his sidekick Surrender-Not Banerjee back in a newly released Smoke And Ashes.

In this new installment, it is 1921. Haunted by his memories of World War I, Captain Sam Wyndham is battling a serious addiction to opium that he must keep secret from his superiors in the Calcutta police force.

When Sam is summoned to investigate a grisly murder, he is stunned at the sight of the body: he’s seen this before. Last night, in a drug addled haze, he stumbled across a corpse with the same ritualistic injuries. It seems like there’s a deranged killer on the loose. Unfortunately for Sam, the corpse was in an opium den—and revealing his presence there could cost him his career.

With the aid of his quick-witted Indian Sergeant, Surrender-Not Banerjee, Sam must try to solve the two murders, all the while keeping his personal demons secret, before somebody else turns up dead.

Dexter meets Mr. and Mrs. Smith in My Lovely Wife by Samantha Downing, a wildly compulsive debut thriller about a couple whose fifteen-year marriage has finally gotten too interesting.

Wyoming game warden Joe Pickett encounters bad behavior on his own turf–only to have the FBI and the DOJ ask him to stand down–in Wolf Pack, a thrilling new novel from #1 New York Times-bestselling author C.J. Box.

The good news is that Joe Pickett has his job back, after his last adventure in The Disappeared. The bad news is that he’s come to learn that a drone is killing wildlife–and the drone belongs to a mysterious and wealthy man whose son is dating Joe’s own daughter, Lucy.

When Joe tries to lay down the rules for the drone operator, he’s asked by the FBI and the DOJ to stand down, which only makes him more suspicious. Meanwhile, bodies are piling up in and around Joe’s district in shocking numbers. He begins to fear that a pack of four vicious killers working on behalf of the Sinaloa cartel known as the Wolf Pack has arrived. Their target seems to be the mystery man and everyone–including Joe, Nate, and others–who is associated with him.

Teaming up with a female game warden (based on a real person, one of the few female game wardens at work in Wyoming today) to confront these assassins, Joe finds himself in the most violent and dangerous predicament he’s ever faced.

In A Friend Is a Gift You Give Yourself by William Boyle, Goodfellas meets Thelma and Louise when an unlikely trio of women in New York find themselves banding together to escape the clutches of violent figures from their pasts.

When Lucia discovers that Adrienne is planning to hit the road with her ex-boyfriend Richie, she figures Rena’s her only way out of a life on the run with a mother she can’t stand. But Richie has massacred a few members of the Brancaccio crime family for a big payday, and he drags even more trouble into the mix in the form of an unhinged enforcer named Crea. The stage is set for an explosion that will propel Rena, Wolfie, and Lucia down a strange path, each woman running from something and unsure what comes next.

A Friend Is a Gift You Give Yourself is a screwball noir about finding friendship and family where you least expect it, in which William Boyle again draws readers into the familiar―and sometimes frightening―world in the shadows at the edges of New York’s neighborhoods.

Assistant DA Alexandra Cooper of the Manhattan Sex Crimes Unit is finally back at work following a leave of absence, and not a moment too soon. With more women feeling empowered to name their abusers, Alex is eager to return to the courtroom to do what she does best. But even she can’t anticipate the complexity of her first case when she meets Lucy, a young woman who testified years earlier at a landmark federal trial . . . and now reveals that she was sexually assaulted by a prominent official during that time.

Yet Lucy’s isn’t the only secret Alex must uncover, with rumors swirling about one colleague’s abusive conduct behind closed doors and another’s violent, mysterious collapse.

As the seemingly disparate cases of her client, adversary, and friend start to intertwine, Alex, along with NYPD detectives Mike Chapman and Mercer Wallace, finds herself in uncharted territory within Manhattan’s Rockefeller University, a premier research institute, hospital, and cornerstone of higher learning.

But not even the greatest minds in the city can help her when unearthed secrets begin to collide in dangerous ways . . . and unless she can uncover the truth, the life-saving facility just may become her grave.

In Safe Haven by Patricia MacDonald, a heavily pregnant young woman returns to her small hometown to discover it’s not the safe haven she had first supposed.

Following a whirlwind romance with an old acquaintance she bumped into at a high school reunion, heavily pregnant Dena Russell has moved back to her small hometown to start a new life with horse breeder Brian Riley. But something isn’t right.

As Brian’s behavior grows increasingly disturbing, Dena flees her new home, finding refuge with an old school-friend. Then the bloodstained, battered body is found, and Dena is forced to think the unthinkable: could the father of her unborn child be a coldblooded killer? And, if so, how can she and her baby escape his clutches?

From the hugely talented author of The Kind Worth Killing, Peter Swanson, comes an exquisitely chilling tale of a young suburban wife with a history of psychological instability whose fears about her new neighbor could lead them both to murder.

In this suspenseful novel titled Before She Knew Him, Hen and her husband Lloyd have settled into a quiet life in a new house outside of Boston, Massachusetts. Hen (short for Henrietta) is an illustrator and works out of a studio nearby, and has found the right meds to control her bipolar disorder. Finally, she’s found some stability and peace.

But when they meet the neighbors next door, that calm begins to erode as she spots a familiar object displayed on the husband’s office shelf. The sports trophy looks exactly like one that went missing from the home of a young man who was killed two years ago. Hen knows because she’s long had a fascination with this unsolved murder—an obsession she doesn’t talk about anymore, but can’t fully shake either.

Could her neighbor, Matthew, be a killer? Or is this the beginning of another psychotic episode like the one she suffered back in college, when she became so consumed with proving a fellow student guilty that she ended up hurting a classmate?

The more Hen observes Matthew, the more she suspects he’s planning something truly terrifying. Yet no one will believe her. Then one night, when she comes face to face with Matthew in a dark parking lot, she realizes that he knows she’s been watching him, that she’s really on to him. And that this is the beginning of a horrifying nightmare she may not live to escape.

Hipster Death Rattle by Richie Narvaez is a refreshing debut novel: Murder is trending. Hipsters are getting slashed to pieces in the hippest neighborhood in New York: Williamsburg, Brooklyn. While Detectives Petrosino and Hadid hound local gangbangers, slacker reporter Tony Moran and his ex Magaly Fernandez get caught up in a missing person’s case—one that might just get them hacked to death.

Filled with a cast of colorful characters and told with sardonic wit, this fast-moving, intricately plotted novel plays out against a backdrop of rapid gentrification, skyrocketing rents, and class tension. New Yorkers and anyone fascinated with the city will love the story’s details, written like only a true native could.

Entertaining to the last, this rollicking debut is sure to make Richie Narvaez a rising star on the mystery scene.

A perfect family is shattered in Run Away, the new thriller from the master of domestic suspense, Harlan Coben. The story narrates the story of a parent who follows a young girl into a dark and dangerous world.

In Call Me Evie by JP Pomare, a seventeen-year-old struggles to remember the tragic night that changed her life forever in a twist-filled debut novel of psychological suspense for fans of Sharp Objects and The Last Time I Lied.

Evie and her uncle Jim have just moved to an isolated cabin in a remote beach town–a far cry from their hometown of Melbourne. But Evie isn’t her real name. And Jim isn’t really her uncle.

Jim tells Evie she did something terrible back home, that he’s hiding her to protect her. But Evie can’t remember anything about that night–for all she knows, he’s lying.

As fragments of her memory return, she starts to wonder if Jim is really her savior…or her captor.

In a riveting novel that fearlessly plumbs the darkest recesses of the mind, J.P. Pomare explores the fragility of memory and the potential in everyone to hide the truth–even from themselves.

Doug Brock hasn’t had it easy since his getting shot in the line of duty as a New Jersey state police officer. Between the amnesia and having to solve two murder cases, it hasn’t been the most restful recovery. He’s slowly earning back the trust of his girlfriend Jessie, since he doesn’t remember their breakup, and has focused on new crimes with his partner, Nate.

But now an old case of Doug’s has resurfaced, and it’s up to Doug to retrace his steps – steps he can’t remember – to solve the case. Eighteen months ago, Walter Brookings was shot through the heart. With no clear motive and no similar murders, the investigation stalled and became a cold case.

When another man is murdered in the same fashion and the ballistics come back as a match, Doug begins to re-investigate, and starts to question his own actions from the previous investigation. Finally, what Doug uncovers may be more dangerous than any case he’s faced yet.

From the critically acclaimed and USA Today bestselling author Charles Finch comes The Vanishing Man, a prequel to his Charles Lenox Victorian series, in which the theft of an antique painting sends Detective Lenox on a hunt for a criminal mastermind.

London, 1853: Having earned some renown by solving a case that baffled Scotland Yard, young Charles Lenox is called upon by the Duke of Dorset, one of England’s most revered noblemen, for help. A painting of the Duke’s great-grandfather has been stolen from his private study. But the Duke’s concern is not for his ancestor’s portrait; hiding in plain sight nearby is another painting of infinitely more value, one that holds the key to one of the country’s most famous and best-kept secrets.

Dorset believes the thieves took the wrong painting and may return when they realize their error—and when his fears result in murder, Lenox must act quickly to unravel the mystery behind both paintings before tragedy can strike again.

As the Dorset family closes ranks to protect its reputation, Lenox uncovers a dark secret that could expose them to unimaginable scandal—and reveals the existence of an artifact, priceless beyond measure, for which the family is willing to risk anything to keep hidden.

In this intricately plotted prequel to the Charles Lenox mysteries, the young detective risks his potential career—and his reputation in high society—as he hunts for a criminal mastermind.