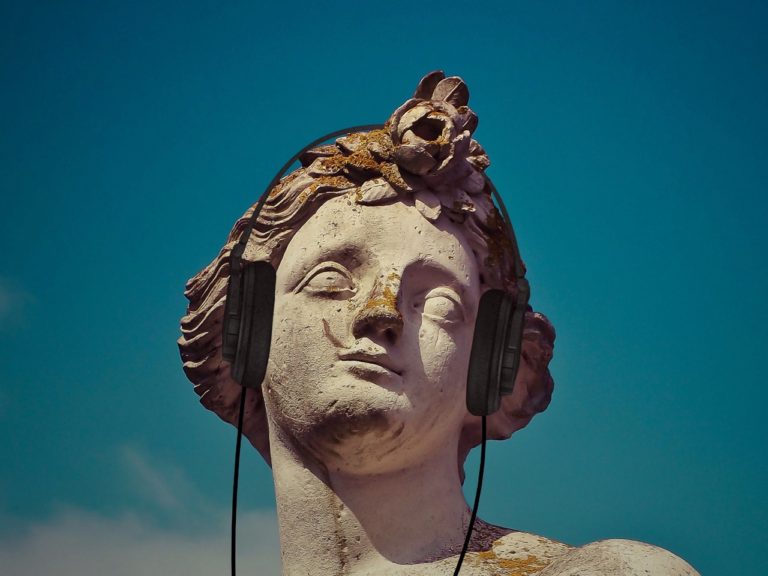 The Best Audiobooks of the Week in Mysteries and Thrillers

Among the best audiobooks in the market this week, Humans, Bow Down which is a new novel by James Patterson and Emily Raymond is more of an Armageddon-type Sci Fi thriller which reminds readers of the Terminator franchise.

The Great War is over. The Robots have won. The humans who survived have two choices–they can submit and serve the vicious rulers they created or be banished to the Reserve, a desolate, unforgiving landscape where it’s a crime to be human. And the robots aren’t content–following the orders of their soulless leader, they’re planning to conquer humanity’s last refuge.

With nothing left to lose, Six, a feisty, determined young woman whose family was killed with the first shots of the war, is a rebel with a cause. On the run for her life after an attempted massacre, Six is determined to save humanity before the robots finish what the Great War started and wipe humans off the face of the earth, once and for all.

I see You by Clare Mackintosh is a claustrophobic thriller, in which a normal, everyday woman becomes trapped in the confines of her normal, everyday world. Every morning and evening, Zoe Walker takes the same route to the train station, waits at a certain place on the platform, finds her favorite spot in the car, never suspecting that someone is watching her…

It all starts with a classified ad. During her commute home one night, while glancing through her local paper, Zoe sees her own face staring back at her; a grainy photo along with a phone number and a listing for a website called FindTheOne.com.

Other women begin appearing in the same ad, a different one every day, and Zoe realizes they’ve become the victims of increasingly violent crimes—including murder. With the help of a determined cop, she uncovers the ad’s twisted purpose…A discovery that turns her paranoia into full-blown panic. Zoe is sure that someone close to her has set her up as the next target.

And now that man on the train—the one smiling at Zoe from across the car—could be more than just a friendly stranger. He could be someone who has deliberately chosen her and is ready to make his next move.

Death of a Ghost is the book #32 of the Hamish Macbeth Mystery by M. C. Beaton. Sergeant Hamish Macbeth–Scotland’s most quick-witted but unambitious policeman–returns in M.C. Beaton’s new mystery in her New York Times bestselling series.

When Police Sergeant Hamish Macbeth hears reports of a haunted castle near Drim, he assumes the eerie noises and lights reported by the villagers are just local teenagers going there to smoke pot or, worse, inject themselves with drugs. Still, Hamish decides that he and his policeman, Charlie “Clumsy” Carson, will spend the night at the ruined castle to get to the bottom of the rumors once and for all.

There’s no sign of any ghost…but then Charlie disappears through the floor. It turns out he’s fallen into the cellar. And what Hamish and Charlie find there is worse than a ghost: a dead body propped against the wall. Waiting for help to arrive, Hamish and Charlie leave the castle just for a moment–to eat bacon baps–but when they return, the body is nowhere to be seen.

It’s clear something strange–and deadly–is going on at the castle, and Hamish must get to the bottom of it before the “ghost” can strike again.

War Shadows is the book 2 in the Tier One series. In this second installment written by Brian Andrews and Jeffrey Wilson, John Dempsey, former Navy SEAL and Tier One operator, faces his greatest challenge as he continues to evolve from a decorated Navy SEAL into the country’s most lethal protector.

John Dempsey is back! Only a few months into his new life as an operative for Ember, the United States’ most covert counter-terrorism entity, he must stop an old nemesis who’s resurfaced after ten years of operating in the shadows. From the deserts of Iraq, through the jungles of Guatemala, to the streets of suburbia, Dempsey and his Ember team race against time to stop a series of horrific and devious attacks against the homeland.

He’s also in his dotage and losing his mind to Alzheimer’s. His stories of “stotes” hiding in the bushes, following his every move have been dismissed by friends and family for years. Cartwright may be losing track of reality but he’s certain about one thing: Old spooks don’t go quietly and neither do the secrets they keep.

And lastly, Most Dangerous Place, the new Jack Swyteck novel by James Grippando is a legal thriller which does not disappoint.

Defending a woman accused of murdering the man who sexually assaulted her, Miami lawyer Jack Swyteck must uncover where the truth lies between innocence, vengeance, and justice in this spellbinding tale of suspense—based on shocking true-life events—from the New York Times bestselling author of Gone Again.

According to the FBI, the most dangerous place for a woman between the ages of twenty and thirty is in a relationship with a man. Those statistics become all too personal when Jack Swyteck takes on a new client tied to his past.

It begins at the airport, where Jack is waiting to meet his old high school buddy, Keith Ingraham, a high-powered banker based in Hong Kong, coming to Miami for his young daughter’s surgery. But their long-awaited reunion is abruptly derailed when the police arrest Keith’s wife, Isabelle, in the terminal, accusing her of conspiring to kill the man who raped her in college. Jack quickly agrees to represent Isa, but soon discovers that to see justice done, he must separate truth from lies—an undertaking that proves more complicated than the seasoned attorney expects.

Inspired by an actual case involving a victim of sexual assault sent to prison for the death of her attacker, James Grippando’s twisty thriller brilliantly explores the fine line between victim and perpetrator, innocence and guilt, and cold-blooded revenge and rightful retribution.