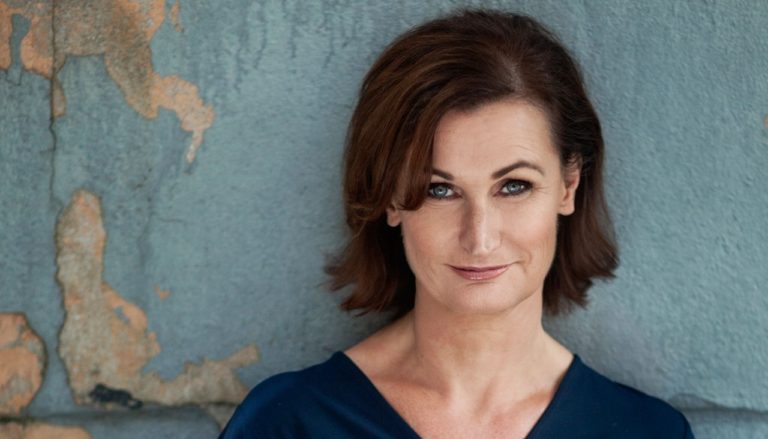 The deal includes three new installments in The Sandhamn Murder series and a collection of short stories which will give readers some background to their favorite characters, including Thomas Andreasson and Nora Linde.

The short story collection which is titled Iskalla ögonblick (The Icy Moment) will be published this fall, and the ninth book in the series, I fel sällskap (In The Wrong Crowd), is scheduled to be released in spring of 2018.

The author told the Swedish newspaper Aftonbladet: “It feels great ! It’s amazing to sign such a large contract for writing so many books. I feel incredibly honored by the fact that the Forum has such great confidence both in me and Sandhamn Murder series.”

It feels great! It is fantastic to sign such a large contract for so many books. I feel incredibly honoured that Forum has such great confidence, both in me and the Sandhamn Murder series.”

Over four million copies of The Sandhamn Murder books have been sold so far, which is a significant figure given the fact that only few books from the author have been translated into English so far. The series has also been adapted for television by TV4 in Sweden.

Viveca Sten (born 1959 in Stockholm) has a law degree from Stockholm University and has an MBA from the Stockholm School of Economics. Previously. She had a highly successful legal career as a lawyer and until recently held the position as General Counsel at PostNord (the Swedish & Danish mail service), but left in 2011 to focus on her writing.

Her first novel in Sandhamn Murders series, Still Waters, is a police procedural which introduces the readers to her two leading characters: On a hot July morning on Sweden’s idyllic vacation island of Sandhamn, a man takes his dog for a walk and makes a gruesome discovery: a body, tangled in fishing net, has washed ashore.

Police detective Thomas Andreasson is the first to arrive on the scene. Before long, he has identified the deceased as Krister Berggren, a bachelor from the mainland who has been missing for months. All signs point to an accident—until another brutalized corpse is found at the local bed-and-breakfast. But this time it is Berggren’s cousin, whom Thomas interviewed in Stockholm just days before.

As the island’s residents reel from the news, Thomas turns to his childhood friend, local lawyer Nora Linde. Together, they attempt to unravel the riddles left behind by these two mysterious outsiders—while trying to make sense of the difficult twists their own lives have taken since the shared summer days of their youth.

Like Books By Viveca Sten? Check out the following exciting titles.