Using release of Black Mountain and paperback edition of Blood Standard as an excuse, Tobias Carroll takes a look at the fascinating body of dark literary work by Laird Barron.

Newly released in paperback, Laird Barron’s novel Blood Standard is a taut thriller set in a bucolic location not necessarily known for taut thrillers. In other words, it’s Hudson River Valley noir, more or less. Blood Standard, the first in a series, introduces readers to Isaiah Coleridge, a physically intimidating man whose regular work for the Alaskan Mob goes awry, and who finds himself in a quasi-retirement in the aforementioned region of New York State.

Coleridge is a man with — apologies to Taken — “a very particular set of skills,” and when the granddaughter of the couple hosting him goes missing, he embarks on a mission to seek her out. This in turn brings him into contact with warring local crime families, a group of sinister military contractors, and a handful of corrupt members of various law enforcement agencies.

It’s a propulsive novel, carried forward by tension from multiple angles: will Coleridge succeed in his mission? Will his past actions catch up with him? How does his estranged father fit into all of this?

For all that he’s capable of menace and action, Coleridge is a thoughtful, insightful presence, just as capable of slyly flirting or citing mythological deep cuts as he is taking out a room full of bad guys. But Barron’s also established an immersive milieu for the novel: the supporting cast has a memorably lived-in feel, each with their own detailed history and their own particular loyalties and rivalries.

As a standalone work, Blood Standard is a memorable work; as the introduction to a cast of characters and a particular piece of the world, it’s even more compelling. These are characters whose downtime is just as important to the book as their moments of action, and their complex backstories offer plenty to explore for future volumes in the series. It’s a welcome and satisfying balance of immediate thrills and the beginning of some long-term plotting.

It’s also a memorable change of pace for its author. When I first encountered Barron’s work (full disclosure: we’ve read together a few times), it was in the context of horror. Barron also has a penchant for disquieting cosmic horror and tales of eldritch terror, albeit with a talent for psychological realism and an abundance of viscera.

Even in the context of the horror world, Barron has almost always had a foot in the world of crime. The story “Blackwood’s Baby,” from the collection The Beautiful Thing That Awaits Us All, follows the trajectory of a group of hunters in search of a quarry that may be legendary or simply demonic. But even had the supernatural elements been removed, the interactions among the characters and the tension and threat of violence among them would have been entirely sufficient for a haunting and satisfying tale.

Barron’s most recent collection, Swift to Chase, likewise anticipates his shift into outright noir. It’s the hardest to pin down of any of his works, shifting from realism to a surreal strain of terror and back again. At around the same time as the release of Swift to Chase, Barron also released two novellas which also showcase his stylistic range.

X’s For Eyes is a bizarre pulp romp that’s a bit more manic than Barron’s other work. (In conversation with a friend, I once compared it to The Venture Bros. by way of cosmic horror.)

And Man With No Name, about groups of rival assassins, taps into a different kind of pulp history than Barron usually opts for, still laced with the surreal but abounding with crime families at odds with one another and lethal figures. But while that might look on paper like it’s a dry run for Blood Standard, the two works are as disparate from one another as, well, any two works of Barron’s might be.

That’s the other memorable thing about Blood Standard: it finds Barron pushing himself in a very different direction from the styles he’s utilized before. It doesn’t play out like one of his horror stories stripped of the supernatural elements; instead, it reads like an entirely different side of him as a writer.

Look closely enough and you can see the elements in common, but Barron isn’t just restraining himself with a more realistic setting: he’s also pushing himself in different directions as a writer — which is excellent news for both longtime readers of his work and those who might be encountering him for the first time. 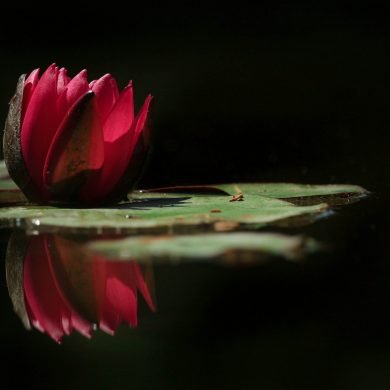