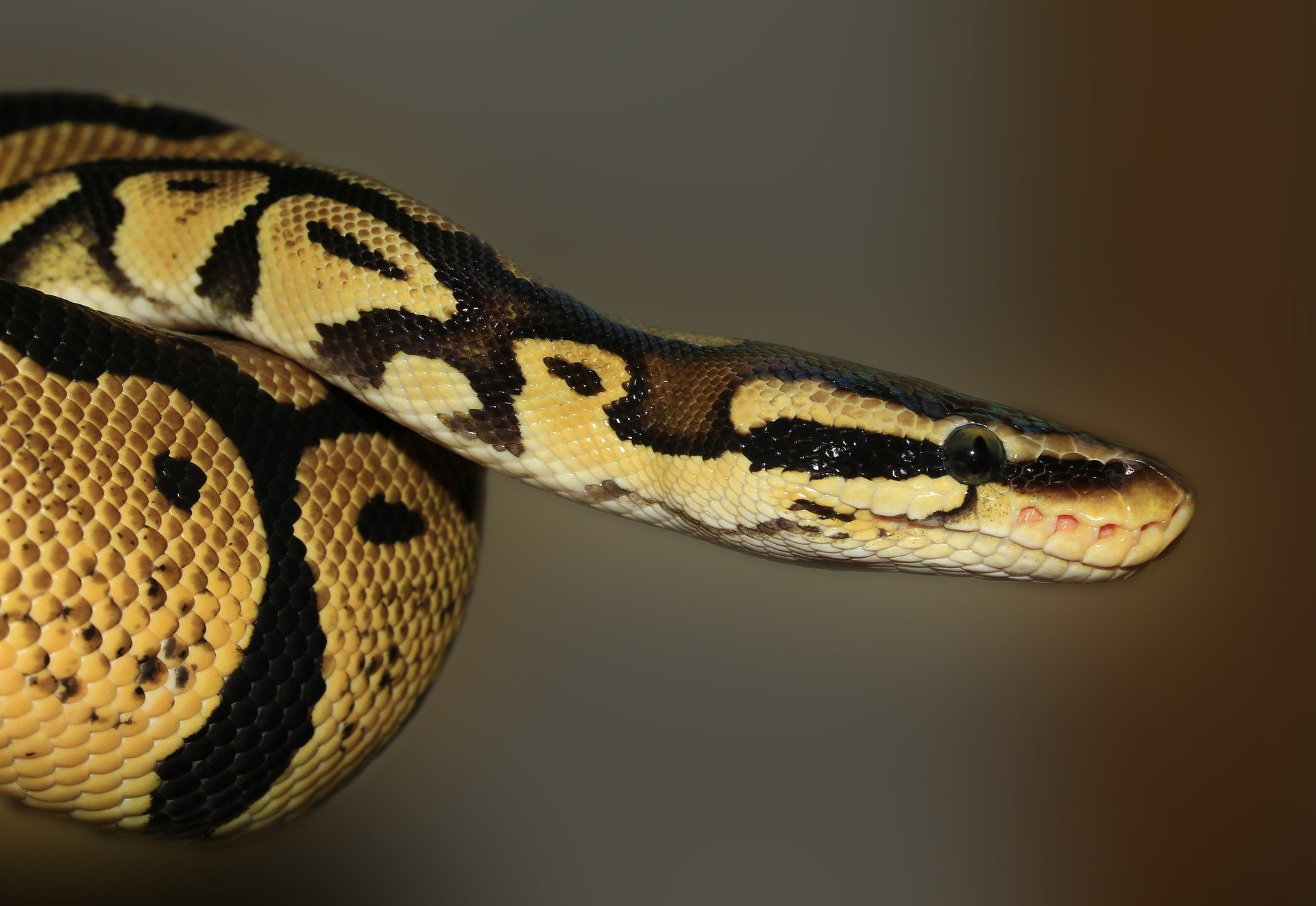 In Snake in the Window-Killer at the Door by Julie Burandt, past sin threatens the survival of a young man and his son.

“Lock it! Lock it! Lock it! No! Not that way, the other way! Hurry, boy…hurry!” Aidan screamed at his son until his voice dried, soured and weakened. He couldn’t do it himself. He needed both hands to hold back the blood purging from his left leg. The killer’s anger struck deep. Skin and tendons succumbed instantly, bone and muscle butted the rage.

Aidan couldn’t crawl any farther. He was lying in the hallway, twisted in a half-circle, both arms stretched out over his calf. Blood swirled and blended with the dark wood beneath him.

All he could do is to convince his thirteen-year-old son to reach the backdoor lock in time. Aidan wasn’t sure if the killer would come back, take that last step and end it all. So locking down the house was the first thing to do.

“Boy, what did I tell you about the cobra?!” Aidan shouted with tears in his eyes.

All he could do is to convince his thirteen-year-old son to reach the backdoor lock in time.

“No…it’s not your fault. I’m the one who’s sorry, son. This is all my fault.” Aidan sighed as his son crept along the hardwood floor and curled beside him.

The cottage was old, but the flooring was new, still slippery from the factory. They had just moved in less than five months ago. Aidan Bermann, going by the surname Schfton now, had chosen Santa Monica, California for only one reason. It was over two-thousand miles away from Florida.

Out of towner’s never understood why these archaic, cramped cottages were considered so charming. With the inhospitable symphony in the clank, clank, bang of the ancient wall heater starting up during the cold, termite cemeteries buried behind moldy drywall lacquered by multilayers of paint, tenant after tenant. But, just a short bike ride to the beach. That’s why.

Aidan liked this particular cottage for another reason. Huge windows, five feet wide. Easy to jump out of if needed and easy to see danger before it reached you. In theory.

“The window! There! Is it locked, boy?” Aidan called out. “I saw a shadow pass behind the fence.”

“I got it, dad.” the boy crawled over. His slender fingertips tapped gently at the hinge to confirm.

“Ohhhh…geez.” Aidan groaned. The pain was getting worse.

A tiny bell pinged a cautionary warning, then the weathered gate croaked and slammed shut. The killer didn’t care about stealth anymore, didn’t care who heard.

“Oh no…boy, check your bedroom window. Now.” Aidan’s pleading had turned into whispered begging as the last of his energy spilled out onto the hard wood.

“Where am I?” Eyes still closed. Then realized where he was and exclaimed, “Where’s my boy! Where is he?!”

“In the next room, sleeping.” The doctor pointed to the wall.

“He’s fine. We had plenty of extra beds so we let him sleep here.”

Aidan exhaled in relief. “Thank you so much.”

“Not a problem. What’s this your son was saying about a picture of a snake? While you were in surgery, he was pretty upset so the nurses spent some extra time with him.”

“It’s a warning to him…it’s supposed to be harsh. If I put that photo in the window, it means he must stay away. Turn around and run like hell as far away as possible until I call him back.”

“And he said that some bad guy is chasing you, trying to kill you because he thinks you cheated him?”

“Yeah, that’s what I told him. I’ll tell him the truth someday when I can find the right words…explain so he won’t hate me too.”

“We can handle this ourselves, have been.”

“That’s crazy. How long you been doing this?” The doctor asked.

“Geez. Well, the police are waiting outside to speak with you. I’ll bring them now if you’re ready.”

“No, wait. It’s all my fault. One night I screwed up…I slept with a young woman from my office. My wife found out and she left me. When I heard that the young woman I was with had been stabbed to death in her apartment, I grabbed my son and ran.”

“Are you saying that your wife did this?” The doctor pointed to Aidan’s bandaged leg. “You’ve got to tell the police.”

“I’ve done enough harm to her. I’m not gonna be the one that sends her to some dungeon for the criminally insane. Not gonna be me.”

“Is this the first time she’s attacked you? I didn’t see any other scars.”

“Yeah. I let down my guard and fell asleep without locking all the doors and windows so she got in. She usually just paces back and forth across the street from where we’re staying. Once she exhausts herself and leaves, I pack up, go pick up my son and we move.”

“So you’ll just keep running and hiding?” The doctor shook his head in disbelief as he stood by the door.

“C’mon in, officer. He’s ready.” The doctor opened the door.

“Good mornin’ Mr. Schfton, how ya feeling?” The officer opened his notebook and pulled a pen from his breast pocket.

“Can you tell me what happened?”

“I was asleep on the couch and woke up to it. It was just a blur, then the pain, then the blood everywhere.”

“Strange place to stab someone who’s asleep. If they wanted to kill you it would have been easy to do, just one in the chest, done.” The officer fisted himself in the chest.

“Maybe they just wanted me to suffer.”

“Could be. Neighbors said they saw a woman running out of your yard when the paramedics arrived. Do you know who she is?”

If you’ve enjoyed Snake in the Window-Killer at the Door by Julie Burandt, you can visit our free digital archive of flash fiction here. Additionally, premium short fiction published by Mystery Tribune on a quarterly basis is available digitally here.