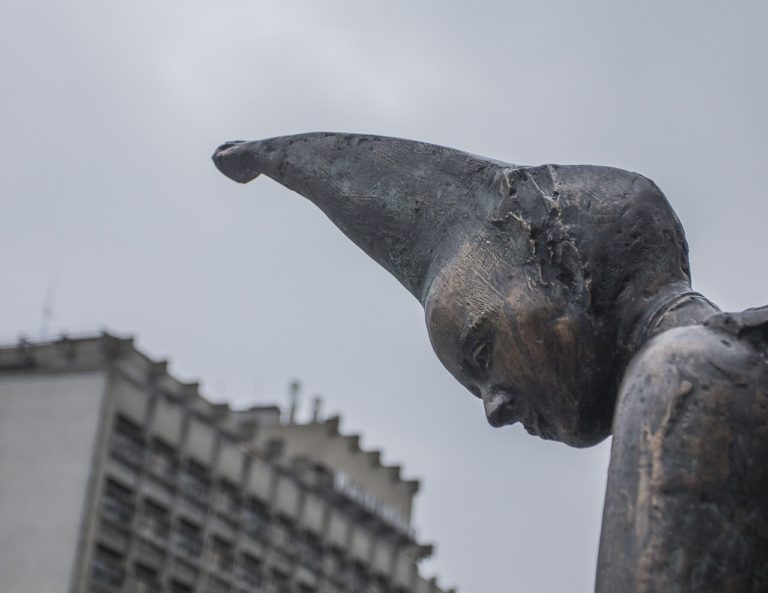 The Witness by Bern Sy Moss appears in the Fall 2018 issue of Mystery Tribune. Short stories written by Moss have appeared in various anthologies and magazines including Akashic Books’ Nior Series: Mondays. Her work can also be found in the Darkhouse Books’ anthology, Destination: Mystery!

When I came in, she was already sitting in a chair by my desk. So young, so fragile, and so very pregnant. Somebody’s daughter, I thought, for all I knew maybe mine. It won’t surprise me. I’ve sowed my share.

“Thank you for coming in,” I said as I settled in the chair across from her. “So, let’s talk about that night one more time.”

“I told the other detective everything I knew the last time,” she snapped at me. Her voice had a lot of attitude but those green eyes of hers looked as though they were ready to unload a flood of tears any minute.

“I know, but that was months ago and right after it happened. Witnesses sometimes remember things after the initial shock wears off,” I said and then added, “It’s the way we do things here, lots of questions. Sometimes they may not even make sense to you, like are you from around here?”

“No, from downstate. Irving.”

“Really, that’s where I’m from. Imagine that.” Her comment about being from Irving caught me off guard and made me feel my past was catching up to me. I started to feel guilty, but didn’t know why. I hadn’t done anything in Irving that every red-blooded American schoolboy did in those days —and got away with.

I cleared my throat and said, “Well, let’s start with when you got to the restaurant.”

“You’re just saying that, aren’t you, about Irving? Just trying to be my pal,” she said, her green eyes looking accusingly into mine and giving me that uncomfortable feeling again.

“No, lived there until I graduated high school. In fact, I left the day after I graduated and came up here and never went back. When did you get to the restaurant?”

“I got there about seven. The restaurant and all the shops around there closed at five on Sundays. The restaurant was closed to the public, but Joe, the owner, was having a private party that night for his family. Randy and I were there to serve.”

“What was the party for?”

“Like I said the last time, I didn’t know. It was some kind of surprise. Joe was going to tell the family after Randy and I left.”

“Did anything unusual happen?”

“No, Randy and I served the food. There was a lot bickering going on between Joe and his wife as usual. I think the only thing they had in common was the restaurant, not even the kids, it was his kids and her kids.”

“The father going to be around for the baby?” Why was I asking this, I wondered. It was none of my business. Maybe, it was the girl with the green eyes I remembered from Irving and never could forget that made me ask. Those green eyes often troubled my thoughts leaving me to wonder where she was now.

“No, he’s not around anymore.”

“Go on, with what happened that night,” I said.

“Well, the meal lasted about an hour and then Randy and I started to clean up.”

“But you didn’t leave when Randy left?”

“No, everyone was drinking a lot. They always did. Joe sent me down to the wine cellar to get a few more bottles of wine. He wanted certain ones and I was having a hard time finding them.”

“And then what happened?”

“I was in the wine cellar and I heard what sounded like gun shots.”

At times, she seemed apprehensive and other times, defiant, back and forth depending on the question. I pulled a pad of paper from my drawer and made a few notes.

“My phone was in my purse in my locker. I was afraid to go upstairs.”

“But you did finally, go upstairs. What did you see? Did you look in the restaurant?”

“No, I was afraid of what I might see. I ran up the stairs and out the back door into the alley. I guess that’s where the firemen found me.”

“Yes, you were sitting in the alley behind the burning restaurant incoherent.”

“Where were you parked? It seemed everyone was parked out front that night.”

“No, I was in the community lot south of the restaurant.”

I made some additional notes, turned the page, and slid the pad across the desk toward her and said, “Draw where everyone was sitting.”

After a few minutes, she passed me a hastily drawn picture of several stick people surrounding what I supposed was a table. Two of the stick people appeared to be standing off to the side.

“So, we have Joe and his wife next to him. On his right is his son, Joe Jr., son’s wife and their son and to Joe’s wife’s left we have her son, his wife and their kid. You have two standing. Who are they? You didn’t put their names on the picture.”

“So you saw Bobby and his new wife arrive. Randy said before he left— by the way have you talked to Randy since this happened?”

“Well, Randy said before he left, Joe announced what they were celebrating. The youngest son was bringing his new bride to meet the family. He said Joe seemed very happy and excited that he was about to meet Bobby’s new wife. He also said, Joe commented about the new bride being upper class and better than the trash Bobby had been dating. But you don’t remember him saying any of this?”

“If you don’t mind, could I ask who the father is?”

“Did you tell the guy he’s going to be a father?” Would my green eyes have told me, I wondered.

“He’s dead, good riddance,” she shouted at me, as she wiped at a tear that was running down her cheek with the back of her hand.

I took out the box of tissues I kept in my desk drawer and put it in front of her.

She pulled several tissues out of the box. “Have you found any evidence?” she asked as she wiped at her tears.

“Well, the gun, it was left behind, but it was untraceable. The killer started the fire in the pile he made with the clown outfit. The water to put out the fire and the fire itself destroyed all DNA. Did you see the clown?”

Before she could answer, I said, “Randy said, Joe sent you for the wine before the clown came.”

“After the shooting, you ran out the back when you thought it was safe and never looked in the restaurant. Is that correct?”

“Who hired the clown?”

“Nobody knows,” I sighed. “Let me play this for you. It’s the security camera video from one of the buildings across the street. See, Randy is leaving. There’s the clown coming from the south and going into the restaurant. Looks like he’s carrying some sort of bag. Picture’s grainy isn’t it? Now, look, I can barely make it out, but I’m ready to put money on it, it’s the youngest son, Bobby and his wife going in after the clown. Now see there, lot of flashes behind the window. Must have been when the clown was shooting.”

“Yes, I see,” she said, her voice barely audible.

I slammed my hand on the desk. Her green eyes seemed to be pleading with me now, the same green eyes that still haunted me. The ones I left behind in Irving. But it needed to said. It was what I left Irving to do.  “You couldn’t know the youngest son and his wife arrived if you never saw the clown.”

So young, so fragile, so pregnant, I thought. Somebody’s daughter, maybe mine. 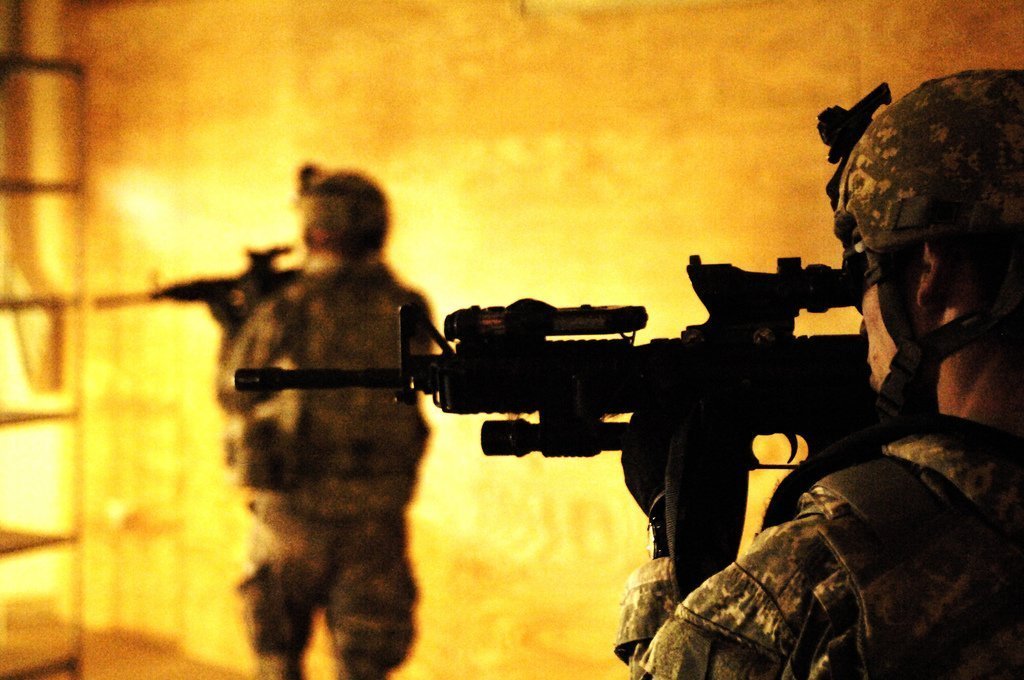