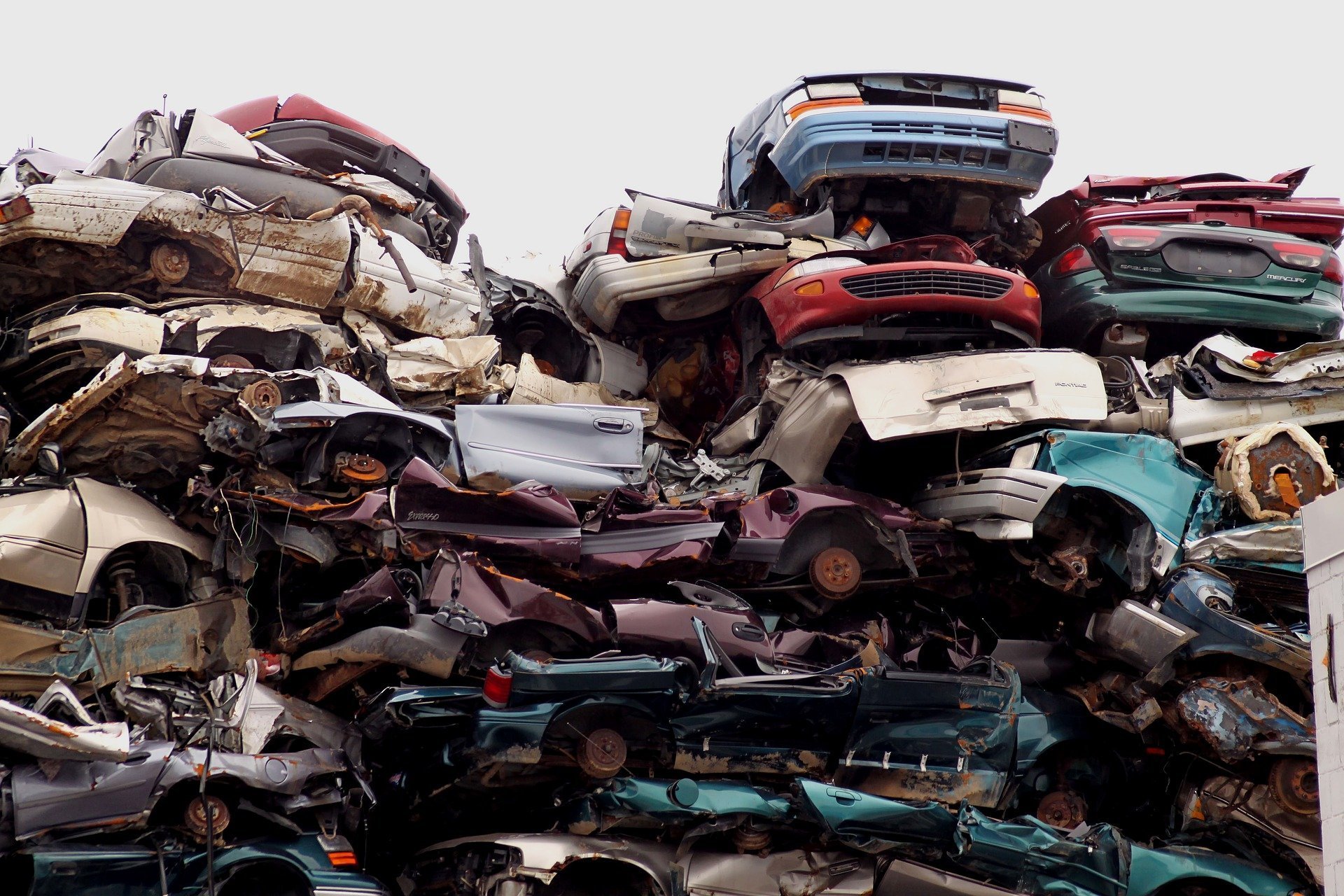 In Serious Business by Brian Beatty, a Midwestern used car salesman discovers you can’t keep death at arm’s length, no matter what lengths you go to.

Carl was kicked back browsing yesterday’s newspaper for interesting obituaries with his cowboy boots propped up on the corner of his desk when a dust plume appeared at the distant end of the gravel frontage road his customers and the occasional invited prospect had to negotiate for a rugged couple of miles to make it to his little used car lot out in the middle of rustling corn fields.

The colored plastic flags he’d strung between an electrical pole and the gutters along his little shack’s roof months earlier during a fit of boredom had faded long ago, but still clapped away in the breeze, as if taunting him.

Carl didn’t realize he was about to have some company until his dog — a low, sad hound that not often enough answered to the name Henry — started and wouldn’t stop barking.

He finally shushed the dog, then eyed his watch. Eleven-thirty was early for his clientele. Carl’s customers didn’t typically arrive by limousine either.

Watching the extended Lincoln navigate the turn onto his lot’s cracked asphalt, Carl folded and stashed the newspaper in his bottom desk drawer and stood to tuck the loose tails of his plaid shirt into his jeans.

Eleven-thirty was early for his clientele. Carl’s customers didn’t typically arrive by limousine either.

He also tucked a snub-nosed Smith and Wesson from the bottom drawer into the back of his belt before pulling on his corduroy blazer. The gun never had more than two bullets in it, but that was a secret only Carl and Henry, the hound, knew.

Man and hound alike were outdoors wearing curious grins by the time the stretch’s driver got around to open the back passenger-side door.

After a polite nod Carl’s direction, the chauffeur reached into the car to lend his boss a hand. Then he reached in with his other hand and really put his body into the task. It was serious business maneuvering the white-haired man loose of the vehicle. He was as wide as he was tall.

“Good morning,” the round man coughed between heaves of breath. “You’re tough to find. It’s a wonder this place make any kind of money way out here.”

It was serious business maneuvering the white-haired man loose of the vehicle. He was as wide as he was tall.

The round man offered his own grin. “I’m in the market for a car.”

“Looks to me like you’ve got one,” Carl replied. “I think you took a wrong turn up the road.”

The chauffeur, back behind the steering wheel of the limo, looked like he would be happy leaving anytime, with or without his boss.

“My apologies,” the round man said. “It appears we’ve gotten off to an unfortunate start. I am, in fact, looking for a vehicle of great importance to me. Mutual business associates assured me you’re very good at what you do.”

The round man pointed through the office window at the sign hand-scrawled in thick black marker hanging crookedly behind Carl’s desk:

No trade-ins. No financing. No questions asked.

Even the idea of word-of-mouth advertising unnerved Carl. His business model mostly worked because he knew to keep his mouth shut. He stocked his lot with low-dollar Detroit steel reliable when and where it counted, from muscle cars to mini-vans.

He purchased his inventory from a nearby auto auction, in small town front yards and at local estate sales, before swapping out license plates and dealing with other identifying markings like VIN numbers. Nobody would look at Carl’s vehicles and think anything suspicious. Especially not cops.

That was the idea.

What happened once a sold car drove off his lot wasn’t Carl’s concern.

“Sorry you wasted your time finding me,” Carl said at last. “Now you’re wasting my time.”

His tone did nothing to dissuade the round man from introducing himself.

Carl immediately forgot the guy’s name. It wasn’t Benjamin Franklin, but an envelope of Benjamins did appear from a coat pocket. The round man held it out to Carl in his plump fingers.

“For your time and trouble today,” the round man said. “I’ll pay for the car, too, of course. I’m sure we’ll come to a price with which we’re both comfortable.”

Carl had no idea where he would’ve found a Cadillac in the condition the round man wanted. Bullet holes weren’t out of the question, but also burned to a crisp would’ve presented a challenge.

He’d only heard of vehicles he’d sold winding up that way. How they’d met such fates, he didn’t know. With the round man’s unlikely request still ringing in his ears, Carl’s curiosity was indeed piqued now.

He needed someplace to stash the round man’s body until he could dispose of it. It seemed appropriate somehow to make use of that Cadillac he’d been shopping for.

As Carl had reached to take the envelope of hundreds, the chauffeur blasted off a couple of quick shots from the driver’s seat. But in his hurry, he’d aimed for shit and hit his boss instead of Carl. With the initial bullet tearing through his lower shoulder and the next quickly splintering the back of his skull, the round man tumbled face-first to the ground.

The body was still twitching in a shimmering puddle of blood when Carl saw the limousine was gone. He and the hound stood watching dust rise along the frontage road back toward town.

Some sort of insurance scam — that’s what Carl decided the round man had had in mind.

But that wasn’t his problem right now. He’d figured it would be easy enough to roll that dead body out into the corn rows for coyotes to find, but he’d been wrong.

Carl downed a long, thoughtful pull from the flask of bourbon from his bottom desk drawer. Well, hell.

If you’ve enjoyed Serious Business by Brian Beatty, you can check out our free digital archive of crime, thriller, and horror flash fiction here. Additionally, premium short fiction published by Mystery Tribune on a quarterly basis is available digitally here. 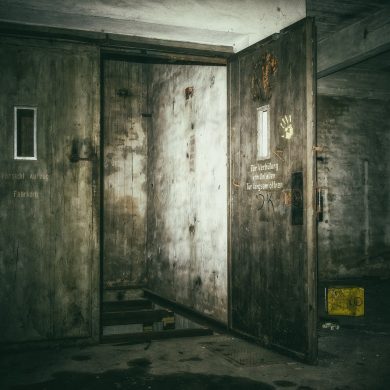