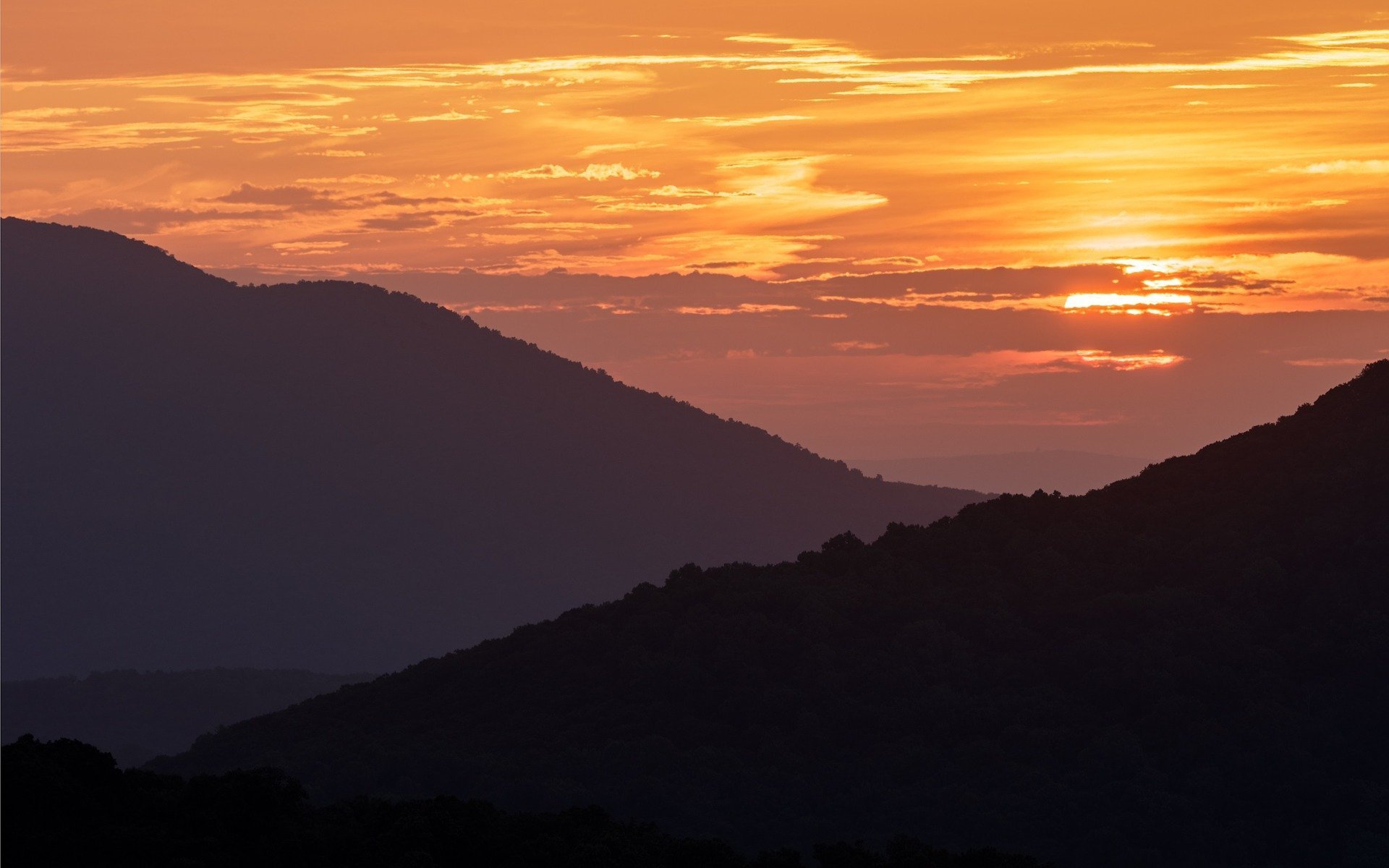 In Ellison Cooper’s suspense thriller Buried, an FBI neuroscientist is on the trail of a serial killer who’s turned up the heat on a cold case.

Senior Special Agent Sayer Altair studies the minds of psychopaths. But even she didn’t expect to uncover a killer within the Federal Bureau of Investigation. Rooting him out and exposing internal corruption got her a bullet wound and six months of desk duty. Now, she’s finally back in the field, called in when an off-duty FBI agent and his cadaver dog fall into a sinkhole filled with human bones.

When a gruesome clue ties these new bodies to a woman recently kidnapped along with her young daughter, Sayer has to uncover the connection between the old bones and the new bodies before the mother and child become the next victims.

But the killer is one step ahead, attacking her team and sabotaging their efforts. With Sayer’s investigation compromised and unsure of who to trust, she receives unwanted help from Subject 037, one of the anonymous psychopaths she is currently studying.

She has the chilling realization that he’s someone powerful in Washington D.C.—and he is not about to let a mundane serial killer jeopardize his own ominous agenda for Sayer.

Ellison Cooper has a Ph.D. in anthropology from UCLA, with a background in archaeology, cultural neuroscience, ancient religion, colonialism, and human rights. She has conducted fieldwork in Central America, West Africa, Micronesia, and Western Europe.

She has worked as a murder investigator in Washington DC, and is a certified K9 Search and Rescue Federal Disaster Worker. She now lives in the Bay Area with her husband and son. Ellison’s debut, Caged, was a finalist in the ITW Thriller Awards’ Best First Novel category for 2019.

What follows is an excerpt from Buried, provided to Mystery Tribune by Minotaur Books.

After making sure their small dam would hold, Sayer and Dana climbed down into the sodden cave through the sinkhole entrance.

A thin layer of fresh mud covered everything. Their carefully laid-out grid was in shambles. Dana’s equipment was soaked.

“Dammit, what a disaster. I should’ve been able to predict this,” Dana said as they surveyed the scene. “This kind of destruction of a grave . . . it’s just . . .”

The medical examiner sighed loudly and gathered herself. “You’re right.” She clapped her hands with resolve. “In good news, this means that careful documentation as we exhume the bones has just become totally unimportant.”

“Well, we would normally document and carefully pull out bones one at a time, because how they relate to each other in situ could tell us a lot about how they were deposited.”

“Exactly. But now that I know the remains have been heavily disturbed, I know that their current position doesn’t tell us anything about how they were deposited. So, really, great news,” she said, clearly trying to convince herself. “It would’ve taken at least two or three weeks to carefully excavate a grave this size. Now we can yank them out in a day and get to work in the lab.”

Sayer and Dana wandered carefully among the bones.

“Could these bones be really old? I mean, what if we’ve stumbled into some ancient Native American burial site or something?” Sayer asked.

“Fair question.” Dana crouched down and pulled a flashlight off her utility belt. “But I think I can rule that out.”

“Oh, yeah?” Sayer stopped to watch Dana, who had clearly found something.

Dana slid on a latex glove and reached out to gently touch one of the bones, as if apologizing before gingerly probing her fingers down underneath. She plucked something out, slowly pulling up a small rusted buckle; a long piece of rotting canvas followed, a few more buckles, a high collar.

An overlong sleeve swung from the bottom.

“I’m confident that there are no Native American tribes that use straitjackets in their religious ceremonies. . . .”

Dana slid on a latex glove and reached out to gently touch one of the bones, as if apologizing before gingerly probing her fingers down underneath.

Sayer stared, mouth slightly agape. A straitjacket? She was about to say something when a loud crack made the two women look up.

The rope ladder crumpled to the cavern floor with a wet thump. “Hey!” Sayer shouted up. “Max? Piper?”

A silhouette moved purposefully around the rim of the sinkhole.

“Hey! Who’s up there?” Sayer called up again, trying to make out the figure shrouded in a puffy jacket.

A faint glug glug sound became audible over the rain as a thin stream of amber liquid splashed down from above.

The vaporous scent of gasoline sent a shock down Sayer’s spine.

She shouted up again, “There’re people down here!”

An empty gas can fell to the ground near them and another stream of liquid poured into the cave.

Sayer looked over at Dana. “Fire?”

Sayer thrust her finger toward the first-aid kit propped among the equipment. “Emergency blanket in there?” Without waiting for an answer, she pulled it open and began yanking everything out. Though thin, silver emergency blankets were designed to reflect heat.

The stream of liquid stopped and a second empty can clattered to the ground. A miasma of gas permeated the air. Sayer took short breaths, trying not to inhale the toxic fumes.

Though thin, silver emergency blankets were designed to reflect heat.

“Hurry! Over to the chute!” Sayer shouted as she triumphantly pulled out an emergency blanket and shook it open.

Sayer and Dana pressed together, pulling the edges of the blanket across their bodies.

A flaming knot of cloth drifted down through the opening.

She pulled the edge of the blanket tight against the rock behind her. In the perfect stillness of pure panic, Sayer tucked her face down into her arm.

A sharp whoosh thudded as the gasoline ignited.

The air became fire. Then two deep booms as the gas cans exploded. An inferno roared around them like an oncoming train, muted by the ringing in Sayer’s ears.

Seconds ticked by like hours as the fireball raged.

Sayer tried to hold her breath, but her brain screamed in panic at the intense heat pressing against her. She involuntarily sucked in. Blistering pain flooded her nose and mouth, choking her.

She fought the irrational urge to throw aside the blanket and flee.

As suddenly as the fire began, the midair conflagration disappeared with a gentle puff.

Sayer looked up, gulping for air.

She blinked at the sight of her gloves on fire as she still clutched the edges of the emergency blanket.

Dana huddled next to her, shouting something.

“What?” She tried to speak, but her mouth felt full of cotton.

“Gloves off!” she finally heard. Something about Dana’s commanding voice broke through the haze.

Time crashed back into place.

Sayer frantically pulled off her flaming gloves and threw them to the ground.

“Poncho!” Dana shouted, and Sayer immediately pulled the poncho over her head.

She tossed it aside and realized that the entire thing was smoking.

Sayer watched the gloves and poncho melt into a smoldering puddle.

A few flames still danced along the opposite wall of the cavern, pushed back by the breeze being sucked down the chute by the oxygen-hungry fire.

As the firestorm dissipated, it left behind innumerable small fires along the floor of the cave.

Sayer took a wheezing breath. “Fire won’t have any fuel once the last puddles of gas burn off.”

Dana nodded, then winced, gently reaching up to touch her lobster-red cheeks. “Did I already mention that I thought I’d come back from a war zone for some nice food, a clean bed . . .”

They slowly stood and lowered the blanket. The last fires flickered out, leaving ashen heaps along the ground.

“Damn, there goes any chance of finding trace on the cloth remains.” Sayer gestured to the charred straitjacket.

“Yeah,” Dana agreed. “You know, I’m not one hundred percent sure, but I think someone might have just tried to kill us.”

Sayer let out a shaky laugh. She tried to swallow but didn’t have enough spit.

“Hey! What’s going on?” a voice called down from above.

“Max? Piper?” Sayer called up, and immediately regretted it as her throat rasped painfully.

“Yeah!” Max and Piper looked down from above. “What the hell happened?”

“Someone just tried to set us on fire. Watch out. He could still be up there!”

Sayer was about to step forward when something heavy bumped against the backs of her legs.

She looked down to see a perfect set of cotton-candy-pink toenails sticking out from the bottom of the rocky chute. 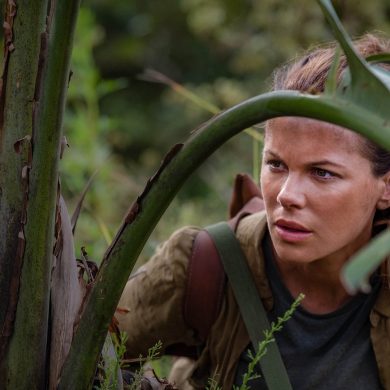