Robert Fieseler, author of Tinderbox: The Untold Story of the Up Stairs Lounge Fire and the Rise of Gay Liberation, provides a personal account of his experiences in writing his debut work and how he felt when he found out his book had received an Edgar nomination.

I’d dropped off my husband off at his art studio and was driving away, funnily enough, down Art Street in New Orleans. It was still early days in Carnival season—the sky knit with low grey clouds and the air slightly chill. The city had not yet picked itself up out of winter with parades and masque balls, and I must admit I was feeling particularly sorry for myself.

I’d been what I’ll playfully call “pimping,” or touring and marketing, my first book for the better part of six months since its premiere in June 2018. And I was beginning to feel a bit like Willy Lowman, to think that something I’d loved and created over a span of years would never find its true audience, its people. Sure, a lot of breakthroughs had happened for the work, entitled Tinderbox: The Untold Story of the Up Stairs Lounge Fire and the Rise of Gay Liberation, stuff a first-time author like myself had no right to expect, stuff that made one particularly stalker-ish colleague of mine sick with envy.

The New York Times had reviewed my work. NPR, The Guardian and the Chicago Tribune all ran feature stories. Queer literary legend Andrew Holleran, in a review, compared my book to Thornton Wilder’s The Bridge of San Luis Rey and declared it “far more than a work of gay history.” Kirkus Reviews and Library Journal called it a Best Book of the Year.

As I steered the car and mused – like the wounded, self-centered prick that most authors become when alone with their feelings and listing accomplishments in their heads to fend off the void of depression – I heard the ding of a Twitter update on my phone. The noise bothered me. I swore I’d turned off my Twitter updates days before. I was taking a social media break and pulled over to investigate, as I couldn’t stand any more beeps and boops. I saw that Mystery Writers of America just followed me. Weird…

All that critical stuff had been important wins for Tinderbox, and they meant a lot not just for me, the baby author. Tinderbox was a nonfiction account of a notoriously unsolved arson fire at a gay bar in New Orleans that claimed 32 lives on the night of June 24, 1973. Called the “Up Stairs Lounge fire,” the catastrophe is and was the deadliest fire on record in New Orleans history, yet it received just a few days of media coverage in its time due to antigay bigotry. Despite a bounty of evidence tying the intentionally set blaze to a chief suspect, 32 homicides had been deemed politically inconvenient because of homosexual overtones and thus permitted to become an historic mystery.

I steered the car and mused – like the wounded, self-centered prick that most authors become when alone with their feelings and listing accomplishments in their heads to fend off the void of depression…

The book helped to elevate a once-forgotten tragedy into headline news for the summer. ABC News did an investigation into the tragedy and produced a documentary called “Prejudice & Pride” that was seen by more than 100,000 people. At the 45th anniversary observances for the tragedy, which coincided with the June 2018 publication of Tinderbox, a minister quoted from the book during a memorial service for the fire victims, and then the Mayor of New Orleans turned up at the church, in a first for Up Stairs Lounge history, cementing the unjustly-ignored tragedy as part of the city’s legacy.

For a hot minute, my literary debut became the subject of much buzz. Yet my little gay history hadn’t soared up the bestseller lists, and royalty checks weren’t flooding the mailbox. I know: poor me, cue the orchestra. I realized I was lucky, lucky to be reviewed, lucky to be read by anyone, lucky to have a virtuoso editor, lucky to have written about something that truly mattered. But what do you do when even luck such as this doesn’t pay the rent? As Oscar Wilde once put it, “There are only two tragedies in life: one is not getting what one wants, and the other is getting it.”

To take a radical step forward in life, you have to leave a lot behind. And my notion of middle-class-ness, my sense of validity upheld by a scaffolding of financial security, was proving hard to ditch. As my mentor in queer literature and fellow Up Stairs Lounge author Clayton Delery once put it bluntly, when defending himself from a man who accused him of profiting from gay tragedy, “People don’t buy a lot of books about dead queers.” A deeper insight from Clayton that I’ve found to be true: a queer book-buying market generally doesn’t spend money to read about tragic queer events. The reason is almost self-evident, but I’ll spell it out: if most LGBT+ folk want to reflect on oppression, they need only reflect on their own painful pasts. Could it be that some nonfiction is too on-the-nose to catch on and change conversations?

To take a radical step forward in life, you have to leave a lot behind. And my notion of middle-class-ness, my sense of validity upheld by a scaffolding of financial security, was proving hard to ditch.

By some miracle, in spite of the tough sell, Tinderbox had moved several thousand copies off of store shelves and into homes—a worthy performance, I’ve been told. Mostly, LGBT+ activists came to my book events, and I could picture them nodding generously as I spoke. It felt like I was preaching to the choir. Yet my friends from Visa and Discover were now calling regularly, and I was beginning to wonder, sidled on Art Street in my husband’s Honda Civic, if I’d done something wrong by letting my publisher change the cover to my book all those months before. I shook my head to clear the thought. What did I know about covers and sales? I lacked any basis of comparison. On my phone, I clicked the Mystery Writers of America Twitter account @EdgarAwards. The tweet read, “MWA Announces the 2019 Edgar Award Nominations.” I clicked the link. My publisher had submitted to the Edgar Awards on my suggestion.

And I recalled that bygone email from my editor when he told me they were changing a book cover I’d approved: “We were getting a reaction that we seemed to be exploiting the event in the last jacket and that it particularly felt like true crime.” I remembered being taken aback. We’d debuted the original “red box” jacket for Tinderbox in a widely-read column in Publisher’s Weekly. So many people already saw it. The “red box” cover featured a set of flush geometric squares, evoking Mark Rothko, and an historic picture of Up Stairs Lounge fire survivor Rusty Quinton. Quinton, in that image, wipes his forehead with his eyes closed; he bears a look of pain on his face that asks, “Why? Why my friends? Why this crime?” Now, all the attention on Rusty Quinton, who had died in the intervening decades, was distasteful to someone? And the story we were telling about an actual true crime needed to, what, sidestep the true crime genre? A genre that actually sold books and reached people?

My editor explained further – “Most felt it was too sensational and that the look of the type suggested more of a tabloid book” – and I understood that he felt he was defending me with this move. Here’s the deal that no one wants to admit: there’s a literary/true crime divide in publishing, especially among conservative crime writers and the queer literary set. On the one side, serious true crime books, even masterpieces like Devil in the White City or Killers of the Flower Moon, tend to get passed over for major literary awards. Look it up. They cap out as National Book Award finalists, if they’re let into the golden doors at all. On the other side, the true crime genre has been traditionally unkind to queer characters, either ignoring them entirely or lumping them in with pedophile priests and serial killers. Some rather ordinary queer lifestyles get sensationalized when prudish authors have a fixation on what they deem as sexual novelty.

By scrapping a cover to distance my book from pure true crime, I sensed that my editor was willing to risk losing an audience to position me for greater literary acceptance. He also wanted to protect a vital piece of LGBT+ history from getting the scandalous treatment, from being lumped in with O.J. and Dahmer. He believed in my book, in the importance of the Up Stairs Lounge legacy, that strongly.

So I assented and negotiated on a new cover over a course of weeks. Weirdly, we ended up with what I thought was an even more evocative, true crime-inspired cover than the “red box” jacket we had in the beginning. The current commercial cover for Tinderbox, out in the market, is a blue-filtered image of firefighters putting out the Up Stairs Lounge blaze from a hook-and-ladder truck. The headline text TINDERBOX, emblazoned in yellow, still reminds me of police tape. I loved this new cover more than the original, and I couldn’t believe that my publisher preferred this one, too.

They said it was dignified. I agreed. But the blue cover looked almost noir-ish to me, like classic Raymond Chandler or a street scene inhabited by Humphrey Bogart playing Sam Spade. I let the thought float unexpressed because I was getting everything I wanted, appealing to a crossover crowd of true crime fans and LGBT+ readers and history buffs. I left our back and forth thinking that some genre distinctions might not be real.

I sat in disbelief. Then I screamed and slammed my hand against the driving wheel.

Still in the car, I watched the Twitter screen pivot on my phone to a webpage announcing the 2019 Edgar nominees. First up under Best Fact Crime, alphabetically, was the book TINDERBOX—the word emblazoned in yellow like police tape. It took me a second.

Thoughts sputtered in my head like early Cro-Magnon man: me book cover, me book, me name, me? I sat in disbelief. Then I screamed and slammed my hand against the driving wheel. This was the first instance, to my knowledge, of a gay rights history being considered for the Edgar Award Best Fact Crime category, for an honor won in the past by Truman Capote. (The only other example that sprung to mind was Disco Bloodbath, a subculture exposé on King of the Club Kids and convicted murderer Michael Alig, which, although one of my favorite books, didn’t do a lot for queer acceptance.)

I called my husband, and we broke down crying. As we spoke, true crime sites and reviewers were reaching out with Twitter messages. Maybe the book would find its people. I emailed my editor: “Is this for real?” He responded within seconds: “This is phenomenal news.” 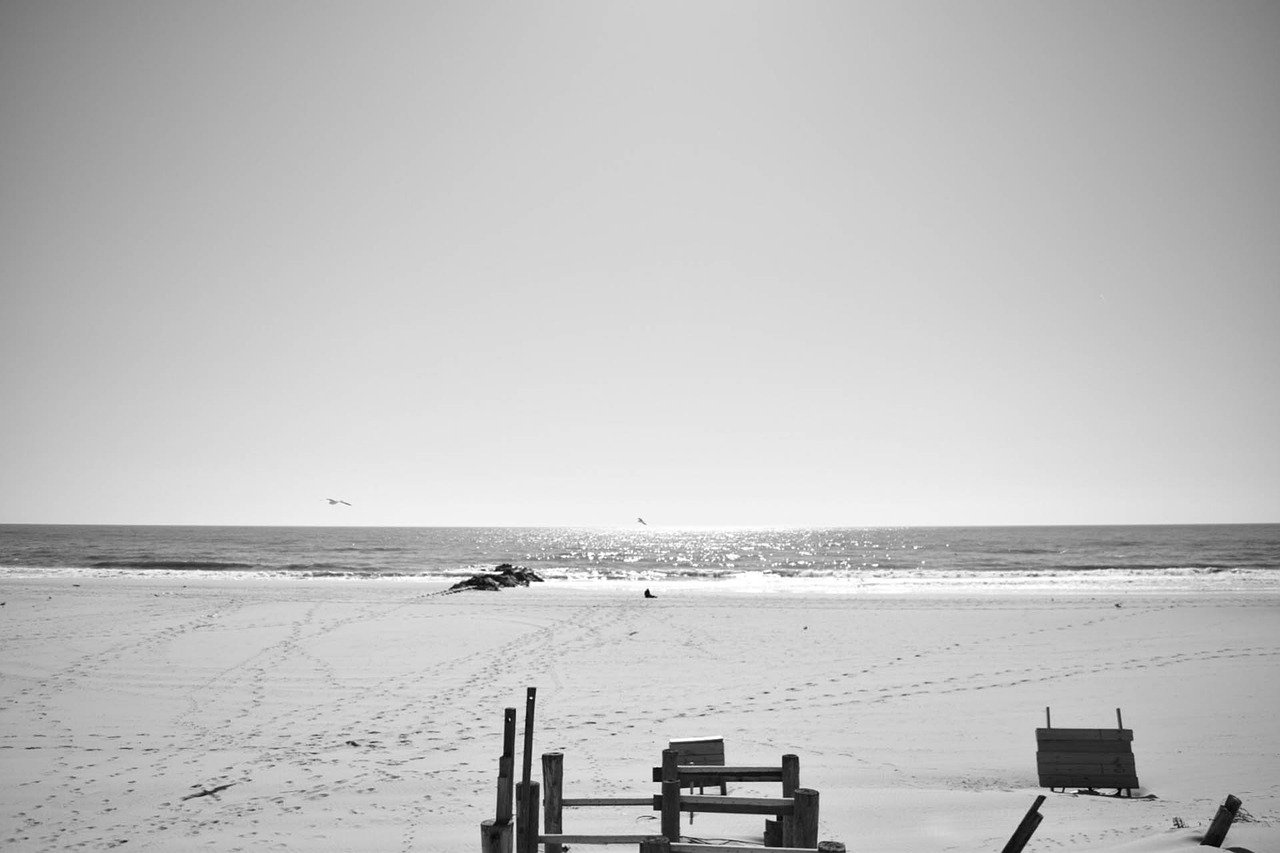 Reed Farrel Coleman’s “What You Break” On Audio: A Masterpiece