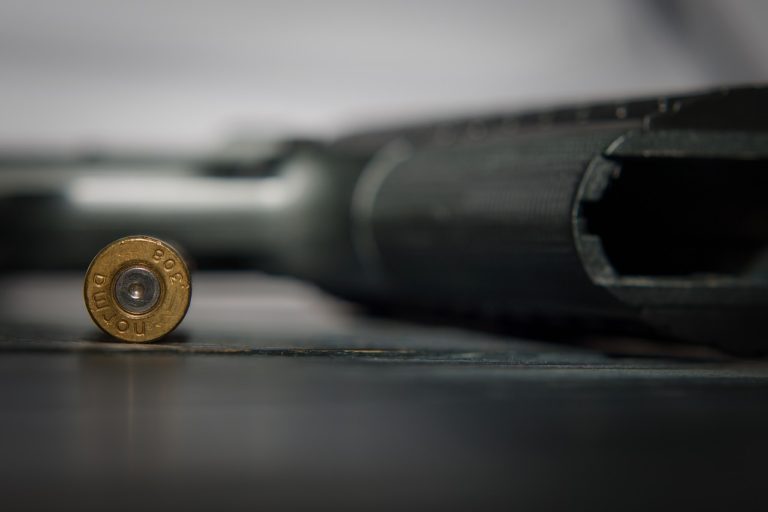 “The Right Wrong Number” And Four Other Great Mysteries

The Right Wrong Number was the first book that we recently reviewed from Jim Nesbitt and it was a pleasant surprise. For three decades, Jim chased presidential candidates, earthquakes, ranchers, neo-nazis and nuns as a journalist. He then put his experience into practice for writing fiction.

The result is an exciting body of work which features a hardboiled character named Ed Burch. As some critics have put it, Burch is like a bad-ass version of Michael Connelly’s Harry Bosch. We really liked how the author crafts the dialogue between his characters and creates noir tales which feel like the twentieth-century version of stories by Chandler or Spillane. His new noir thriller is indeed a hidden gem!

In The Right Wrong Number, we meet Ed Burch who is a cashiered homicide detective with bad knees, a wounded liver and an empty bank account. He’s been hired to protect an old flame after the disappearance of her husband, a high-flying Houston financier who ripped off his clients, including some deeply unsavory gentlemen from New Orleans.

It’s a simple job that goes wrong fast, plunging Burch into a ruthless contest where nothing and nobody can be trusted. Money and sex tempt him to break his own rules—twin temptations served up by the old flame, a rangy strawberry blonde with a violent temper and a terminal knack for larceny and betrayal.

Those New Orleans gentlemen give the game a more murderous edge by sending two hitmen to reclaim their stolen goods and kill anybody involved in the score.

When his best friend gets murdered in Dallas by hired muscle, Burch blames himself and grimly sets out for vengeance that also delivers a bloody form of redemption.

The action is as remorseless and unpredictable as a runaway cement truck, leading to a lonely white chapel in an abandoned mining town on the Mexican side of the Rio Grande.

Time of Fog and Fire is another title which is now out in paperback and the author, Rhys Bowen, takes us on an intriguing journey to America at the beginning of twentieth century. Molly Murphy Sullivan’s husband Daniel, a police captain in turn-of-the-century New York City, is in a precarious position.

With vivid portrayal of the scenes and accurate historical details, this is an interesting pick for the fans of cozy and historical crime fiction.

The new police commissioner wants him off the force altogether. So when Daniel’s offered an assignment from John Wilkie, head of the secret service, he’s eager to accept. Molly can’t draw any details of the assignment out of him, even where he’ll be working. But when she spots him in San Francisco during a movie news segment, she starts to wonder if he’s in even more danger than she had first believed. And then she receives a strange and cryptic letter from him, leading her to conclude that he wants her to join him in San Francisco. Molly knows that if Daniel’s turning to her rather than John Wilkie or his contacts in the police force, something must have gone terribly wrong.

What can she do for him that the police can’t? Especially when she doesn’t even know what his assignment is? Embarking on a cross-country journey with her young son, Molly can’t fathom what’s in store for her, but she knows it might be dangerous—in fact, it might put all of their lives at risk, in Rhys Bowen’s Time of Fog and Fire.

Another title which was just released as paperback is Jane Steele: The reimagining of Jane Eyre as a gutsy, heroic serial killer that The New York Times Book Review calls “wonderfully entertaining”. This book is an Edgar Award nominee so you can’t go wrong by checking it out.

A sensitive orphan, Jane Steele suffers first at the hands of her spiteful aunt and predatory cousin, then at a grim school where she fights for her very life until escaping to London, leaving the corpses of her tormentors behind her. After years of hiding from the law while penning macabre “last confessions” of the recently hanged, Jane thrills at discovering an advertisement. Her aunt has died and her childhood home has a new master: Mr. Charles Thornfield, who seeks a governess.

Burning to know whether she is in fact the rightful heir, Jane takes the position incognito and learns that Highgate House is full of marvelously strange new residents—the fascinating but caustic Mr. Thornfield, an army doctor returned from the Sikh Wars, and the gracious Sikh butler Mr. Sardar Singh, whose history with Mr. Thornfield appears far deeper and darker than they pretend. As Jane catches ominous glimpses of the pair’s violent history and falls in love with the gruffly tragic Mr. Thornfield, she faces a terrible dilemma: Can she possess him—body, soul, and secrets—without revealing her own murderous past?

Pigeon-Blood Red is also an interesting thriller which hit  our desk recently: Ed Duncan, a former partner at a law firm, has created a story which is fast paced, full of interesting plot developments and characters. This is a book which has been designed to entertain. It’s the first installment in a trilogy which will re-unites the main characters in the upcoming two books.

Here is a brief synopsis: For underworld enforcer Richard “Rico” Sanders, it seemed like an ordinary job. Retrieve his gangster boss’s priceless pigeon-blood red ruby necklace and teach the double-dealing cheat who stole it a lesson. A job like a hundred before it. But the chase quickly goes sideways and takes Rico from the mean streets of Chicago to sunny Honolulu, where the hardened hit man finds himself in uncharted territory when a couple of innocent bystanders are accidentally embroiled in the crime.

As Rico pursues his new targets, the hunter and his prey develop an unlikely respect for one another and Rico is faced with a momentous decision: follow his orders to kill the couple whose courage and character have won his admiration, or refuse and endanger the life of the woman he loves?

The Beekeeper’s Daughter By Jane Jordan is an unusual title: It’s hard to categorize it in one single genre. It’s a mix of historical mystery and let’s say a fantasy or YA novel. Don’t expect a literary novel, but with that  being said this is an entertaining story.

Annabel Taylor, a beekeeper’s daughter, grows up wild and carefree on the moors of England in the late 1860s, following in the footsteps of her mother, a beautiful witch. Annabel’s closest friend is Jevan Wenham. The son of the blacksmith, he lives his life on the verge of destruction. His devotion to Annabel is full of twists and turns as brutality melds with deepest desire. But when Jevan is forced to travel to London to receive an education, Annabel is devastated.

Then Alex—heir to the Saltonstall legacy and son of Cerberus Saltonstall, the wealthy landowner of the foreboding Gothelstone Manor—comes into her life. Alex is arrogant and self-assured, but he cannot stop thinking about the outspoken girl he encounters on the road to Gothelstone. Not only is he bewitched by Annabel’s beauty, he feels drawn to her by something he can’t explain. Alex and Annabel are socially worlds apart, but that doesn’t stop him from demanding her hand in marriage. When Annabel refuses, she is forced into an impossible situation. Jevan believes she has betrayed him, regardless of the fact that her decision saves him from the hangman’s noose.

As a devastating love triangle unfolds, disturbing revelations thrust Annabel into a startling reality, where nothing is as it seems. Now both her life and Jevan’s are in danger, and her fledging powers may not be enough to save them…