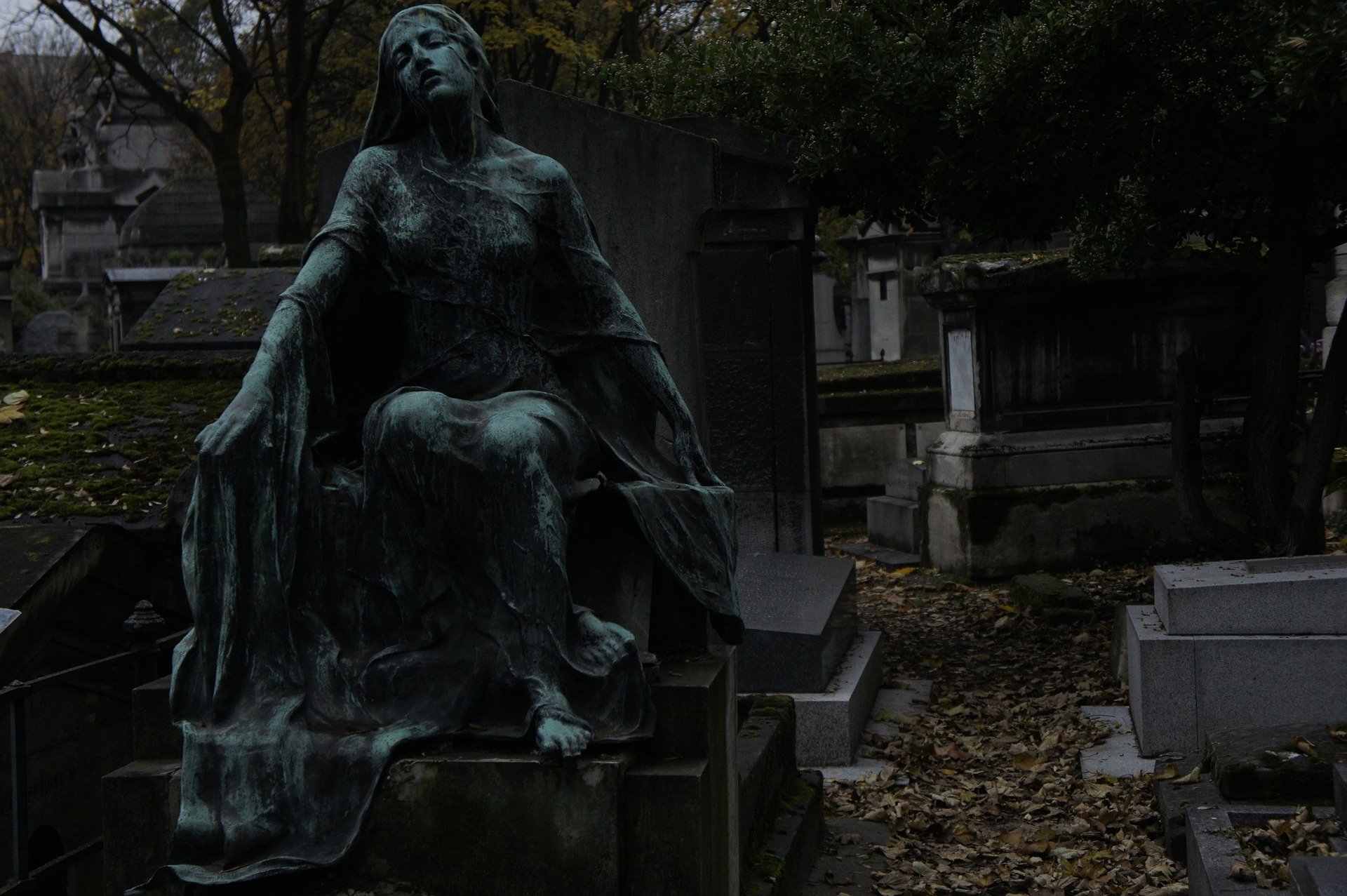 Revisiting A Masterpiece: Rocket To The Morgue By Anthony Boucher

Scott Adlerberg takes a close look at the life and legacy of Anthony Boucher and one of his most notable mystery novels Rocket To The Morgue.

Not many authors played significant roles in the development of more than one genre. Edgar Allan Poe is the writer who most readily comes to mind in this regard, and another is Anthony Boucher.  Born William Anthony Parker White, Boucher lived from 1911 to 1968, and he was active and influential in both the mystery writing field and the science fiction field.

In the crime realm, Boucher wrote short stories and novels.  He produced two decades worth of crime fiction reviews for the New York Times, helped create the Mystery Writers of America in 1946, and did countless radio scripts for episodes of The Adventures of Ellery Queen.  He played a big part in introducing Jorge Luis Borges to an American audience when he translated the Argentine master’s short story “The Garden of Forking Paths” for inclusion in Ellery Queen’s Mystery Magazine.

In recognition for all this work, Boucher has attained the status of a household name among crime fiction aficionados, with Bouchercon being the largest annual convention now going for mystery readers, writers, collectors and publishers.

No convention bears Anthony Boucher’s name in the science fiction sphere.  One genre with a major event named after you is enough.  But that Boucher has dual genre prestige is apparent from what sci-fi and weird thriller author F. Paul Wilson says in his introduction to the new American Mysteries Classics edition of Boucher’s mystery novel Rocket to the Morgue, published in 1942.

While attending his first Bouchercon, Wilson wondered why the mystery community had named their get together after Boucher.  Wilson didn’t know Boucher as a mystery person, but strictly as a “sci-fi guy”.  This might sound odd to a mystery fan, but Wilson’s initial view of Boucher is understandable considering Boucher’s sci-fi contributions.

Boucher…produced two decades worth of crime fiction reviews for the New York Times, helped create the Mystery Writers of America in 1946, and did countless radio scripts for episodes of The Adventures of Ellery Queen.

He co-founded The Magazine of Fantasy & Science Fiction in 1949; over his career, he wrote a great deal of sci-fi and fantasy fiction (his 1942 short story “The Compleat Werewolf” was a finalist for a Hugo Award); and as he did in the mystery genre, Boucher in the broad sci-fi world served for many years as critic and anthologist.  In Rocket to the Morgue, which was his sixth whodunnit, he combined his knowledge and enthusiasm for both genres.

Rocket to the Morgue is set in the Los Angeles area in late 1941.  Like a Boucher novel that had preceded it – Nine Times Nine – it is a locked room mystery with two primary investigators.  One is a professional, police detective Terrence Marshall, and one an amateur, a nun, Sister Ursula of a convent called The Sisters of Martha of Bethany.

Sister Ursula, we learn, is the daughter of a policeman and had planned to join the force herself before religion summoned her to a different path.  Despite her spiritual concerns, she remains a grounded person, one committed to doing good work in the flesh and blood world, and she cannot help but take an interest when Marshall, who she helped in the baffling Nine Time Nine case, comes to her with a new conundrum.

Hilary Foulkes is the son and literary executor of the great science fiction writer, Fowler Foulkes.  Through his dealings with living sci-fi writers, fans, magazine editors, agents, and anyone else interested in his father’s iconic output, Foulkes is ruthless and haughty.  Though he is affluent, he never gives an inch in negotiations that involve the rights to his father’s work.  Even Sister Ursula has dealt with him and found him unpleasant.

When asked by the convent to give the Braille rights to his father’s work to the nuns for free so that they can bring his father’s stories to the blind, he refuses. Only for a substantial fee will he grant the nuns the Braille rights.  In classic Golden Age mystery fashion, a number of people dislike Foulkes and have a motive to kill him, and Anthony Boucher introduces us to them in turn.

We hear how Foulkes has recently had two bizarre accidents.  Is his life in danger?  He thinks it is, and when he survives being stabbed in the back in his house (in a room locked from the inside), Inspector Marshall, and Ursula, are convinced that this attempt to murder him will not be the last.

Rocket to the Morgue has a clever mystery plot and a satisfying solution.  But where it stands out is in its milieu, the science fiction pulp scene in Los Angeles around 1940. Anthony Boucher was a part of this scene, and his cast of characters comprise thinly veiled portraits of actual people.  One character, Don Stuart, described as the editor of the magazines “Surprising Stories (that’s science fiction) and The Worlds Beyond (that’s pure fantasy)” gets his name from the actual pseudonym, Don A. Stuart, that legendary sci-fi writer and editor John W. Campbell used.

He used the Stuart name to write “Who Goes There,” the short story from which John Carpenter’s film, The Thing, was adapted.  Austin Carter is a suspect who holds forth often on the principles of science fiction, and he is based on Robert Heinlein, with Carter’s office modeled closely on Heinlein’s actual work space at the time.

An agent named M. Halstead Phynn, as F. Paul Wilson states, could be either literary agent Julius Schwartz or Forrest J. Ackerman, and Hugo Chantrelle, the character who builds the rocket that figures in the story’s first killing, is Jack Parsons, a brilliant and eccentric rocket scientist and occultist who moved in the era’s sci-fi circles.  Boucher (who wrote the book as H.H. Holmes) references himself as Tony Boucher, and there’s a striking description of one D. Vance Wimpole as “one of the damnedest and most fabulous figures in the whole pulp field”.

It’s Austin Carter who describes him:

“One night in New York Don Stuart and I were seeing him off to Chicago.  He got talking and outlined a fantasy short ad lib from hook to tag.  Don liked it, but said, ‘The trouble is, now you’ll never write it.  You never do write what you’ve talked out first.’ And Vance said, ‘Oh, won’t I?’

You can read Rocket to the Morgue as a thoroughly solid locked room puzzle from the Golden Age of mystery fiction, and you can read it as a roman a clef…

“He left by train for Chicago around eight.  The next morning the story was on Don’s desk, air-mail special delivery from Chi.  I won’t say it was a masterpiece, but it was publishable as it stood and drew good fan mail.”

This man who can write with prodigious speed is also a womanizer and schemer.  He seems to have absolutely no scruples, though he does know how to apply charm.  Who can this be?  It has to be none other than L. Ron Hubbard, the creator of Dianetics and Scientology, and it’s amusing to have a version of him presented before he became well-known and controversial.

You can read Rocket to the Morgue as a thoroughly solid locked room puzzle from the Golden Age of mystery fiction, and you can read it as a roman a clef, a privileged and unusual glimpse into a specific time and place concerning the formation of the Golden Age of American science fiction.  That you can do both thanks to Anthony Boucher’s integral involvement with two separate genres makes this book unique.