Review Of “Three Seconds” By Anders Roslund And Börge Hellström

here). Anders Roslund and Börge Hellström are the authors of 5 bestselling books in Sweden. Roslund is a professional journalist and creator of Sweden’s number one cultural TV program Kulterkanna. Börge Hellström is an ex-criminal who founded a criminal rehabilitation program in Sweden.

Piet Hoffman, a top-secret operative for the Swedish police, has become an undercover and a key player in preventing Polish Mafia’s attempt to take over amphetamine distribution inside Sweden’s prisons. The Mafia is bringing amphetamines into Sweden by using Polish people who swallow balloons filled with the amphetamines before crossing the border. The “mules” then expunge the bags by vomiting them up after crossing the border. To stop them from succeeding, he will have to go undercover, posing as a prisoner inside the country’s most notorious jail.

But when a botched drug deal involving Hoffman results in the death of another cop, the murder investigation is assigned to the brilliant but haunted Detective Inspector Ewert Grens–a man who never gives up until he’s cracked the case. Grens’s determination to find the killer not only threatens to expose Hoffman’s true identity, it may reveal even bigger crimes at the heart of the Swedish justice system. And there are players who will do anything to stop Grens from discovering the truth.

As mentioned before, one of the co-authors of the book, is a reformed criminal and we obviously see the effect of his experience in the vivid scenes in the story that ring true. The scenes of extreme violence demonstrate the reality of the prison and drug life and are backed up with great detail.

In this thoughtful and provocative thriller, the authors critique the Swedish Police’s use of criminals as covert human intelligence sources. The book also attacks people in the legal and justice system who would bend the rules, believing that the ends justify the means. In a way, you can see the traces of the duo’s belief system tightly woven in the main theme of the book. “Three Seconds” has richly depicted characters, an intriguing plot, and some intelligent twists. At almost five hundred pages, the narrative is at times slow-moving and repetitious however this doesn’t come to the point of boring the reader.

Like The Books From This Swedish Duo? Check out the these exciting titles from these authors. 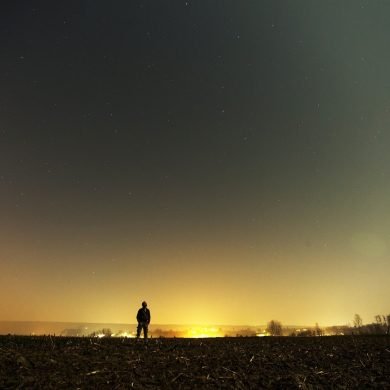 Black And Blue By David Rosenfelt Is An Electrifying Thriller