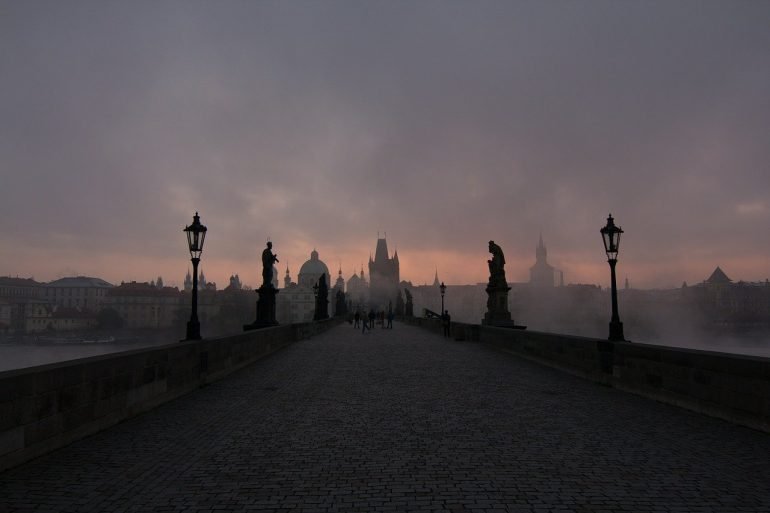 Return of The Gothic: These Two Novels Revitalize a Classic Style

Tobias Carroll takes a closer look at two gothic novels “The Snow Collectors” and “I Hold a Wolf By the Ears”.

Think old houses, family secrets, and lingering mysteries. There’s a reason that Gothic fiction has endured over the centuries. The likes of Mary Shelley and Charlotte Brontë penned classics of the form in the 19th century, and writers are still finding fascinating places to put their own spin on all things Gothic.

Silvia Moreno Garcia’s recent Mexican Gothic follows a young woman journeying to a mysterious house owned by a mysterious family; slowly, a sense of something being fundamentally wrong in this place creeps into the narrative, demonstrating a powerful sense of place and menace. And Lyndsay Faye’s Jane Steele riffs explicitly on Jane Eyre, asking readers to imagine an ambitious heroine with a surprising talent for murder.

History frequently looms large in Gothic fiction. Tina May Hall’s The Snow Collectors offers layer upon layer of this — via both the fictional history of the family at the book’s center and by the real-life history of polar exploration in the Victorian era. Hall’s novel includes plenty of Gothic tropes — the old dark house, the secret crimes, the mysteries that fester into something worse.

Henna, the protagonist of The Snow Collectors, is reeling from a distant family tragedy when she discovers evidence of another tragic event — namely, the body of a woman. “One day, while snowshoeing after a winter storm, I found a body at the edge of my woods,” Hall writes; it’s not long before she’s certain that this is evidence of a murder. Soon enough, Henna finds her life interwoven with that of a local family, and ends up revisiting the Franklin expedition, where the HMS Erebus and HMS Terror vanished in the Arctic. As the novel reaches its climax, Hall juxtaposes mysteries old and new to create a narrative that’s haunting in many senses of the word.

“One day, while snowshoeing after a winter storm, I found a body at the edge of my woods,”

Laura van den Berg has a penchant for ambiguity in her work; her earlier novel The Third Hotel centered around a woman who encounters a man who’s either her late husband’s double or her late husband somehow alive again. (Full disclosure: van den Berg blurbed my 2016 book Transitory.) In the stories in her new collection I Hold a Wolf by the Ears, she expands on that sense of ambiguity and danger, pushing her prose into unexpected territory.

The narrator of “The Pitch” finds her marriage slowly unraveling after she notices a figure of a boy in a childhood photograph of her husband’s family — something he chalks up to “a large vine wrapped around the tree trunk, bleached and discolored by exposure.” At once, the past turned mysterious; at once, events that were once considered truths start to become unmoored — and leading to an unnerving climax involving an old family secret.

Elsewhere in the collection, identities and families and relationships break apart and combine in new configurations, often taking a hefty toll on the people involved. “Karolina” involves a woman wrestling with the truth about a beloved family member’s actions, while an act of familial impersonation sits at the heart of the title story. Van den Berg excels at layering misdirection atop misdirection — sometimes the characters’ misdirection, and sometimes the author’s.

Why does Gothic fiction still exert a hold over so many readers? The questions it raises continue to haunt us — those about the accuracy of memories and the effects of past generations’ acts. In their own way, both Hall and van den Berg help demonstrate why this genre continues to endure, and how its versatility keeps it moving through fascinating permutations.