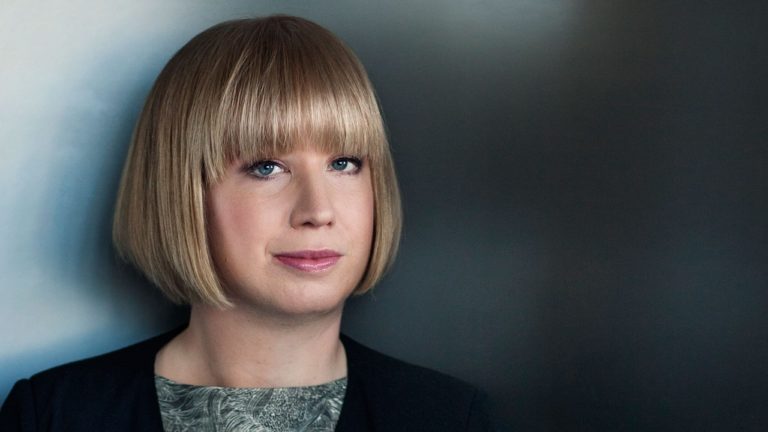 Kristina Ohlsson, the Swedish author of the new novel Unwanted

, is a counter-terrorism officer in Europe and has worked as a security police analyst for the National Swedish Police Board. Originally from southern Sweden, she now lives in Vienna, Austria.

We recently had a Q&A with the author about her new book which comes next:

How did you come up with the character of Alex Recht?

Alex Recht is an important character to me. I knew that I wanted to introduce a new kind of police detective. Most of the police detectives presented in Scandinavian crime fiction over the past years have been men in their fifties, divorced, alcoholics and most of them with a crappy or non-existing relationship to their children. I have no idea how this became a trend. I worked with the Swedish police for more than five years and I never saw a drunk police detective. But in the world of crime fiction, no police officer ever seems to be happy and they all tend to live very rough lives. So I created Alex, a man standing with both feet on the ground. He loves his work and he is very good at it. He is also happily married to a woman that he loves more than anyone else and has two kids that he adores.

Because of my professional background, I didn’t have to do that much research. Especially not about police work and how to conduct a criminal investigation. I also chose to write a story about a crime that didn’t demand a lot of background information. Since I was working full time at the same time as I wrote, I decided to make the story simple but still exciting and compelling to the reader.

What was challenging about writing Unwanted?

Well, Unwanted was my very first book. I was a new beginner when it came to writing novels. So the challenge about writing it was to figure out how to write it and to do that well. I have been writing since I was a child, and felt confident that I would have the fantasy to come up with an intriguing story for a book. But was I good writer? That took some time to figure out.

I prefer to write at home by my desk. Some authors prefer to write at cafés or libraries, but I perform best when I’m alone at home. Or possibly in a hotel room. I have sometimes combined writing with traveling and that has also worked out really well.

My all time favorite is Denis Lehane. He is simply outstanding, such a gifted writer! Mystic River is one of the absolute best books I have ever read. It is hard to explain what makes him so brilliant. Not only is he a very gifted storyteller, he also has a fantastic language and unique rhythm in his novels.

Read! I’ll say that again: Read! That is the key to good writing. If you don’t read many, many books, you will never get the language and skills needed to tell a good story in writing.

Two different projects. One is a book for children aged 9-12 and it is a kind of ghost story. The other one is my fifth Fredrika Bergman-novel, called the Stars of David.