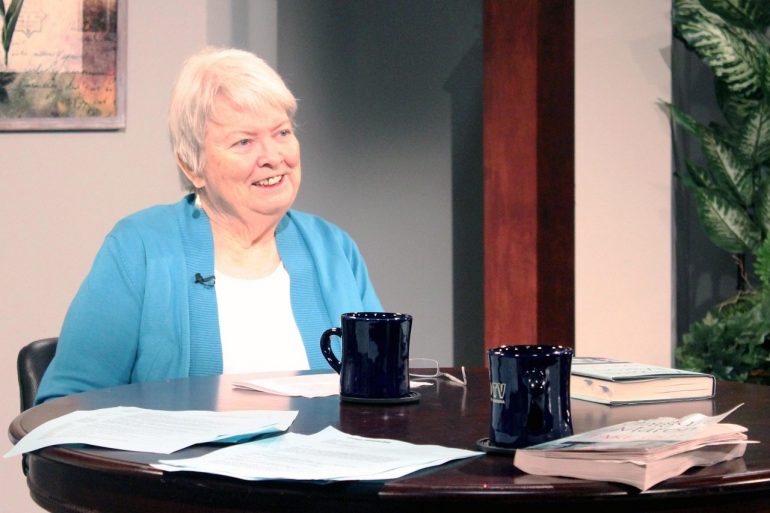 Prolific and award-winning mystery writer Margaret Maron, with many novels set in her native North Carolina, died on Feb. 23 in hospice care in Raleigh, N.C. She was 82.

Maron is best known for the Sigrid Harald series of books, which focused on a New York police lieutenant, and the Knott series, which was about a North Carolina judge.

Her first Deborah Knott book, Bootlegger’s Daughter, won the four major mystery-writing awards, including the Edgar and Agatha. She received the North Carolina Award, the state’s highest civilian honor, in 2008, and was later inducted into the N.C. Literary Hall of Fame.

Margaret Maron’s life in her own words

Born and bred in North Carolina where the piedmont meets the sandhills, I grew up on a modest two-mule tobacco farm that has been in the family for over a hundred years. Tobacco is no longer grown on the farm, but the memories linger — the singing, the laughter, the gossip that went on at the bench as those rank green leaves came from the field, the bliss of an icy cold drink bottle pressed to a hot sweaty face, getting up at dawn to help “take out” a barn, the sweet smell of soft golden leaves as they’re being readied for auction. Working in tobacco is one of those life experiences I’m glad to have had. I’m even gladder that it’s something I’ll never have to do again.

After high school came two years of college until a summer job at the Pentagon led to marriage, a tour of duty in Italy, then several years in my husband’s native Brooklyn. I had always loved writing and for the first few years, wrote nothing but short stories and very bad poetry. (The legendary Ruth Cavin of St. Martin’s Press once characterized my verses as “doggerel. But inspired doggerel.”)

Eventually, I backed into writing novels about NYPD Lt. Sigrid Harald, mysteries set against the New York City art world. But love of my native state and a desire to write out of current experiences led to the creation of District Court Judge Deborah Knott, the opinionated daughter of a crusty old ex-bootlegger and youngest sibling of eleven older brothers. (I was one of only three, so no, I’m not writing about my own family.)

We’ve been back on a corner of the family land for many years now. My city-born husband discovered he prefers goldfinches, rabbits, and the occasional quiet deer to yellow cabs, concrete, and a city that never sleeps. A son, a daughter-in-law, and two granddaughters are icing on our cake.

Instead, she became an attorney, infiltrating the old boy network that still rules the tobacco country of Colleton County, North Carolina. Some say her success is a sign of the New South, but no one knows better than she the power of the past—her family’s long history in the area is a major asset in her campaign for district judge. Then again, as the strong-willed daughter of Kezzie Knott—notorious bootlegger, ex-con, and political string-puller—history is also one of her greatest problems.

But it’s an episode from the more recent past that threatens to derail her campaign. As a teen, Deborah used to babysit little Gayle Whitehead for her mother, Janie. One rainy spring day eighteen years ago, both mother and daughter disappeared. When they were found three days later Gayle was dehydrated, dirty, and hungry…and Janie was dead. The unsolved murder became a local legend and an enigma that continues to haunt Gayle, who now begs Deborah to investigate.

With no real faith in her investigative skills, Deborah asks a variety of questions on her campaign tour of the county’s rallies—and soon her attention is distracted from the hurly-burly of politics by troubling new evidence. Deborah now faces the realization that the disadvantages of being the single female candidate in a southern judgeship race, and even the disadvantages of being Kezzie Knott’s daughter, are nothing in comparison to posing a threat to a successful murderer. 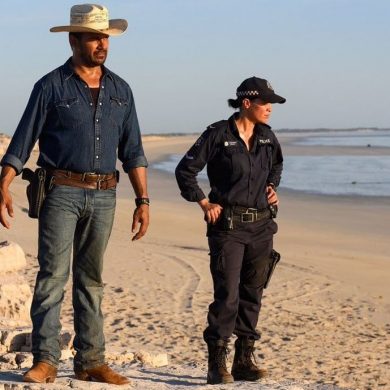